Samsung is slowly upgrading its last year’s Galaxy A & Galaxy M series devices as we have already got a few new phones under these two series of phones in the first two months of 2020. We have already got the Galaxy A51 and Galaxy A71, the upgrades to the last year’s Galaxy A50/A50s & A70/A70s. Recently, the Samsung Galaxy M31 launched in India as the successor of the Galaxy M30/M30s of last year.

Now, Samsung Galaxy A41 is going to launch soon & a few weeks back, we got to know via a Geekbench listing that the phone is powered by the MediaTek Helio P65 SOC. Today, the CAD renders of the phone revealed the design from every angle. 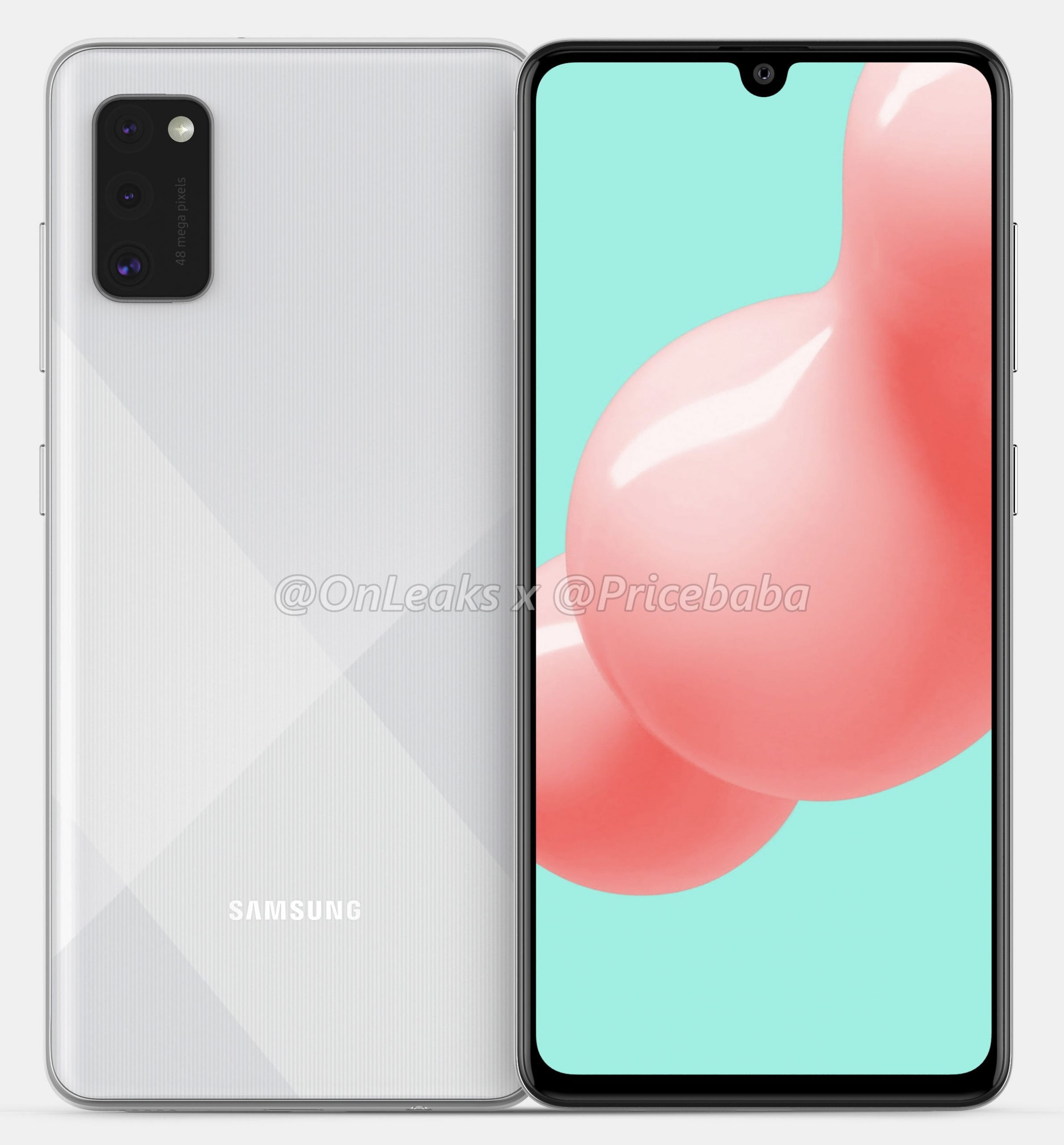 Talking about the design, the Galaxy A41 has the same Infinity-U display on the front as its predecessor, so Samsung is not going for a punch-hole design like the more expensive Galaxy A51. There is a small bottom chin as well, but that’s not an issue since it is a budget-centric device. 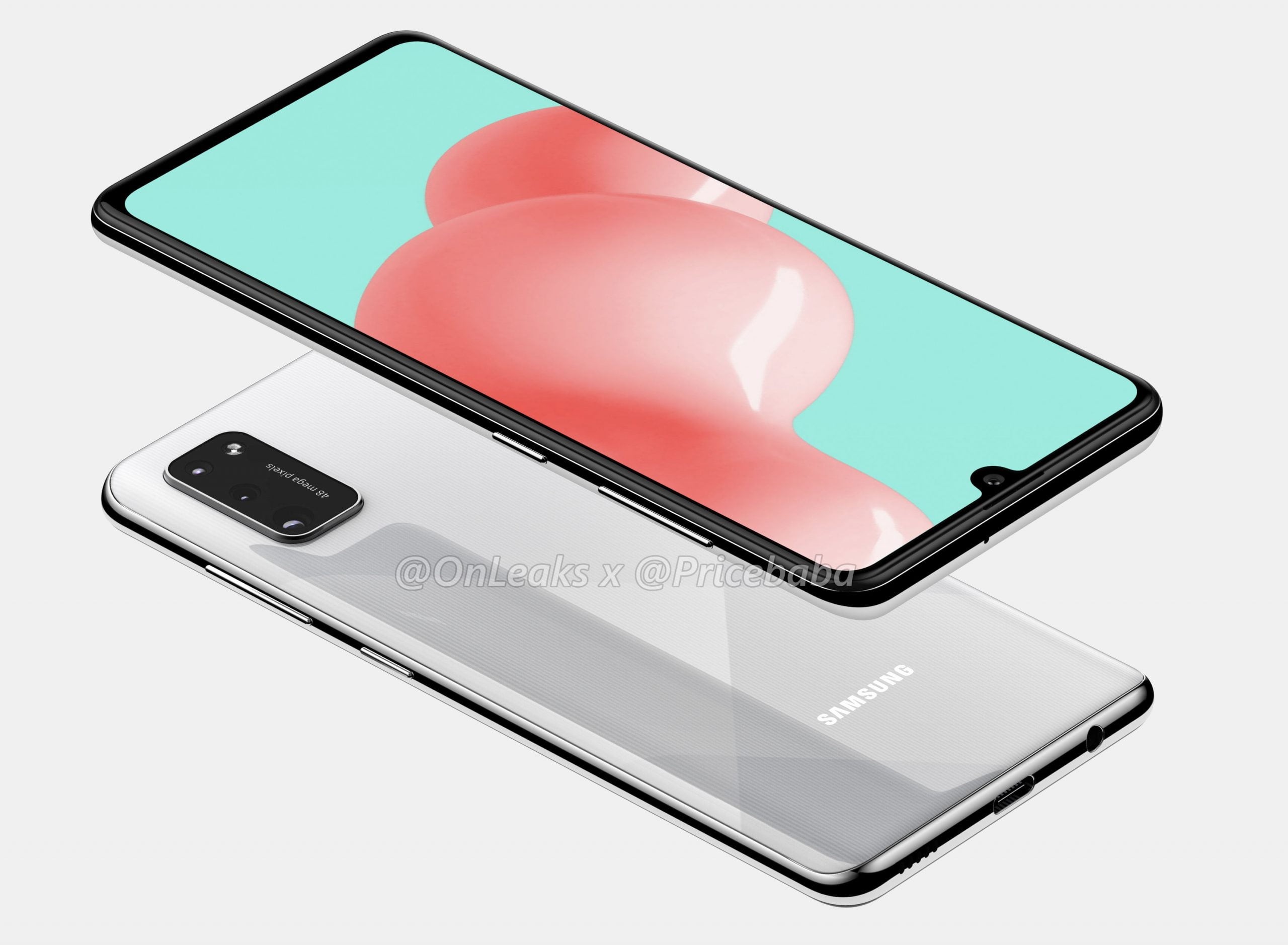 On the rear, there are triple cameras placed in a rectangular camera module & this is a design we will see for almost every Samsung phone in almost every price segment.

Compared to the Galaxy A40 of last year, there is an extra camera on the A41 & as we can see, the text on the camera setup says ’48 Megapixels’, clearly suggesting there is a primary 48 Megapixel Samsung sensor, again an upgrade over the 16MP primary camera of the A40. 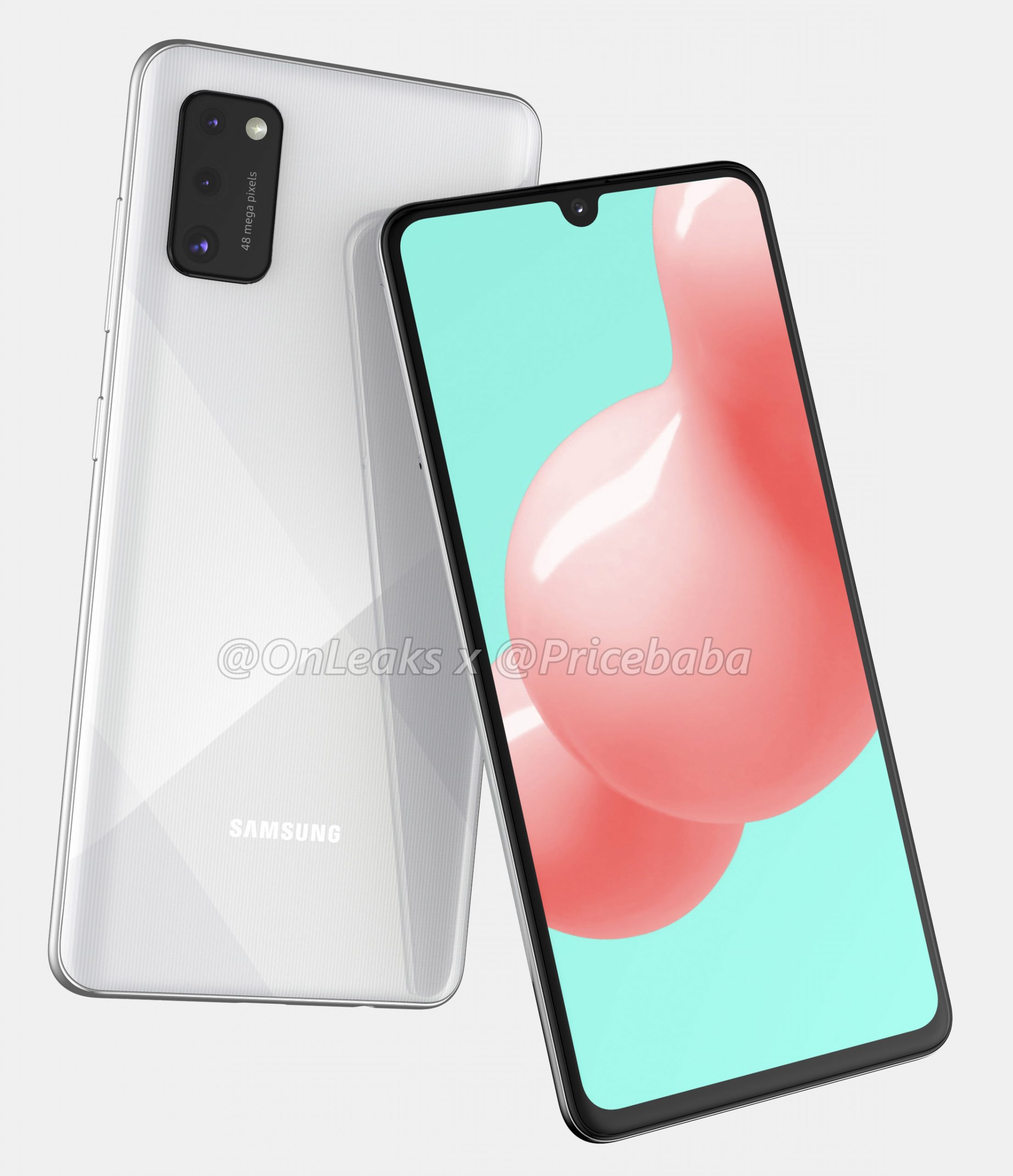 The lack of a physical fingerprint scanner on the rear suggests, the Galaxy A41 has a Super AMOLED display with an in-display fingerprint scanner. The USB Type-C port is placed on the bottom alongside the 3.5mm headphone jack & the speaker grill.

So far, we don’t have much information on the specifications except for the Geekbench listing that revealed Helio P65 SOC, 4GB RAM & Android 10.