Motorola to launch Moto G71 in India on January 10

The phone has Snapdragon 695 5G SOC

In November last year, Motorola launched a few new phones under the Moto G series named the G31, G41, G51, and the G71. The Moto G31 & Moto G51 have already launched in the Indian market, and now, it’s time for the Moto G71 to launch in India. The company has revealed on its social media handles that the launch is scheduled to take place on the 10th of January. So, we have less than a week left for the unveiling. 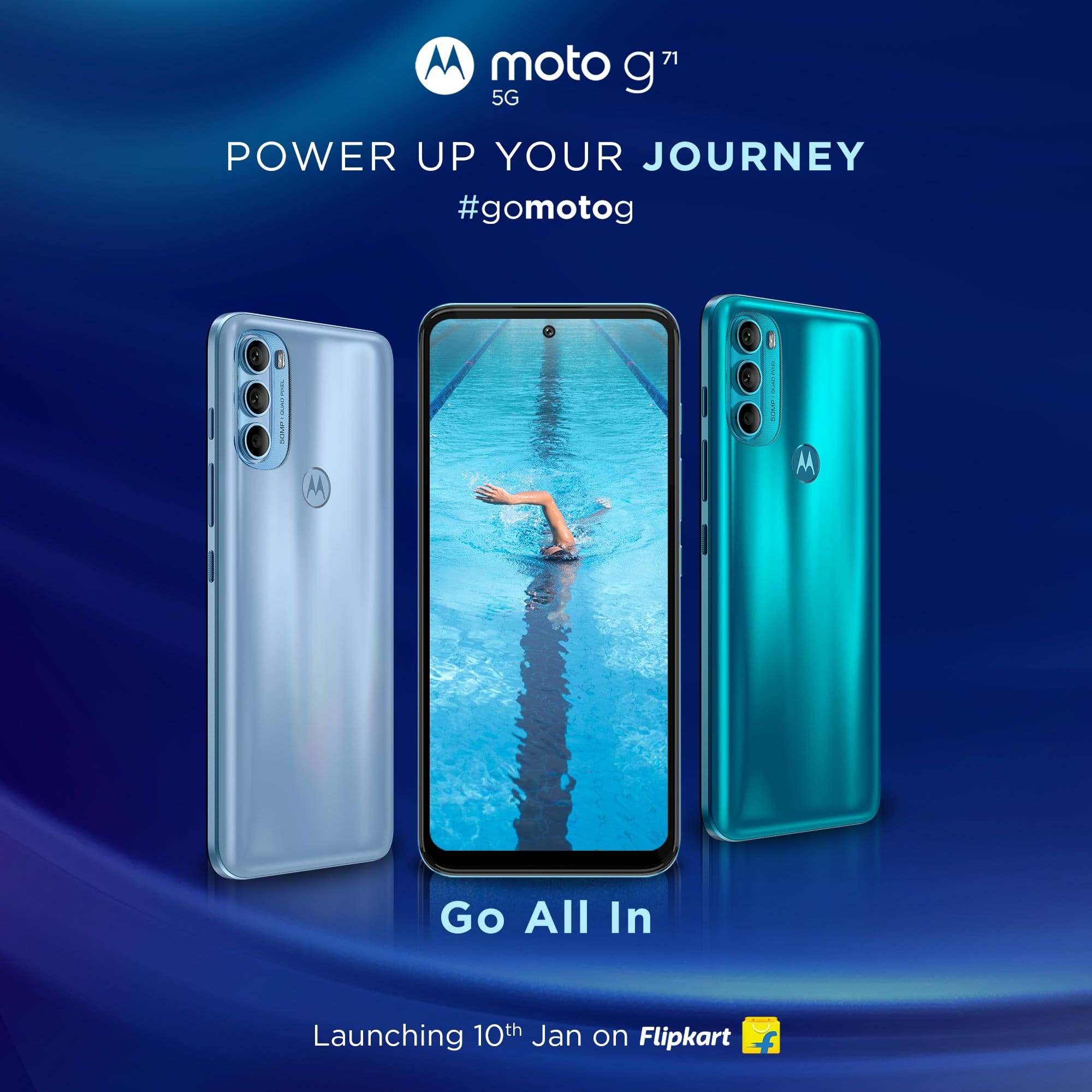 Now, the Moto G71, as we know, has a 6.4-inch display, and it is a 60Hz OLED. The fingerprint scanner is on the back. The phone has a plastic build, and it does have a 3.5mm headphone jack. The main highlight of this phone is its Snapdragon 695 SOC which is currently the most powerful chip under the Snapdragon 600 family.

It is a 5G SOC and supports both mmWave and sub-6 GHz 5G. Speaking of bands, it supports 13 5G bands. There is an Adreno 619 GPU and Kryo 660 CPU. Now, interestingly, the Snapdragon 480+, which powers Moto G31 that the same GPU. But that is based on the 8nm process, whereas the Snapdragon 695 on the 6nm process.

As for the cameras, there is a triple camera setup on the rear where there is a main 50MP sensor paired with an 8MP ultrawide and a 2MP macro camera. This is the same camera setup that is present on the Moto G31 and Moto G51 too.

There is a big 5,000mAh battery, and the phone supports 30W charging.