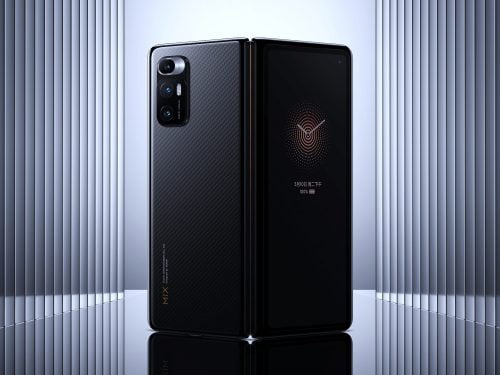 In January 2019, Xiaomi showcased an early prototype of its foldable phone, and it had an outwards folding screen. While that phone never made it into the market to compete with Galaxy Fold and the Mate X, Xiaomi has now launched its first foldable smartphone for the consumers named the Xiaomi Mi Mix FOLD. Design-wise, it is very similar to the Galaxy Z Fold 2 and the Mate X2, both of which are the best foldable phones at the moment. So the Mi Mix Fold has the same inwards folding screen and a secondary outer display. Some of the unique aspects of this phone include Liquid Lens Technology and Xiaomi’s Surge C1 Image Signal Processor, both of which are the first for any smartphone in the world. 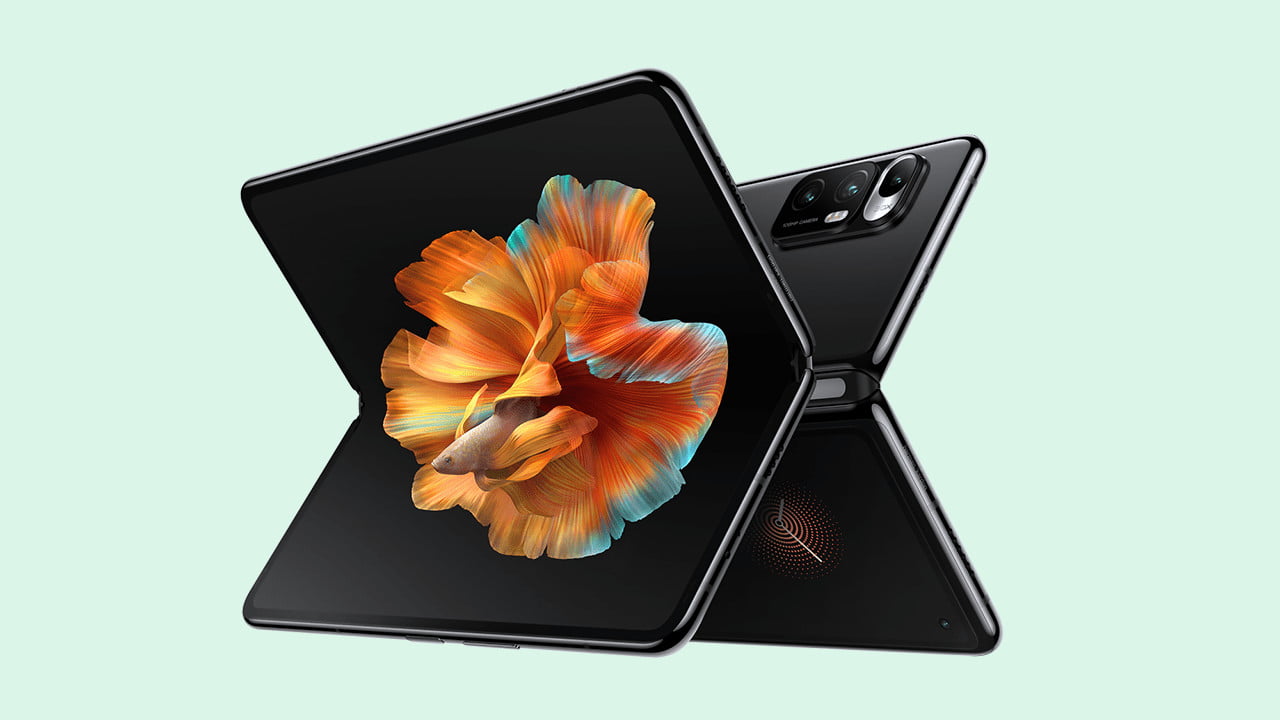 When it comes to the design, you can easily mistake this phone for the Huawei Mate X2 or the Z Fold 2. There is the same inwards folding mechanism, a similar-looking camera module on the back, a similar hinge design, and a similar outer display. There are not two or three but four speakers on this phone, and when it comes to the reliability of that hinge, Xiaomi says that the phone underwent 200,000 bends in the reliability testing and up to 1 Million+ bends in extreme testing. The phone is heavier than both the Z Fold 2 and Mate X2 and also thicker when folded.

On the inside, there is a huge 8.01-inch flexible OLED panel, and since it is just 0.01-inch bigger than the 8-inch panel on the Mate X2, Xiaomi can boldly claim that this is the largest folding screen on the phone. The display features WQHD+ resolution, 900nits peak brightness, HDR10+ support, 60Hz refresh rate, and 120Hz touch-sampling-rate. On the outside, there is a 6.5-inch AMOLED panel with a resolution of 2520 x 840 pixels, a 90Hz refresh rate, and a 180Hz touch-sampling-rate. So it is kind of the opposite of what Samsung did with the Z Fold 2, i.e., a high-refresh-rate display on the inside and a 60Hz panel on the outside. 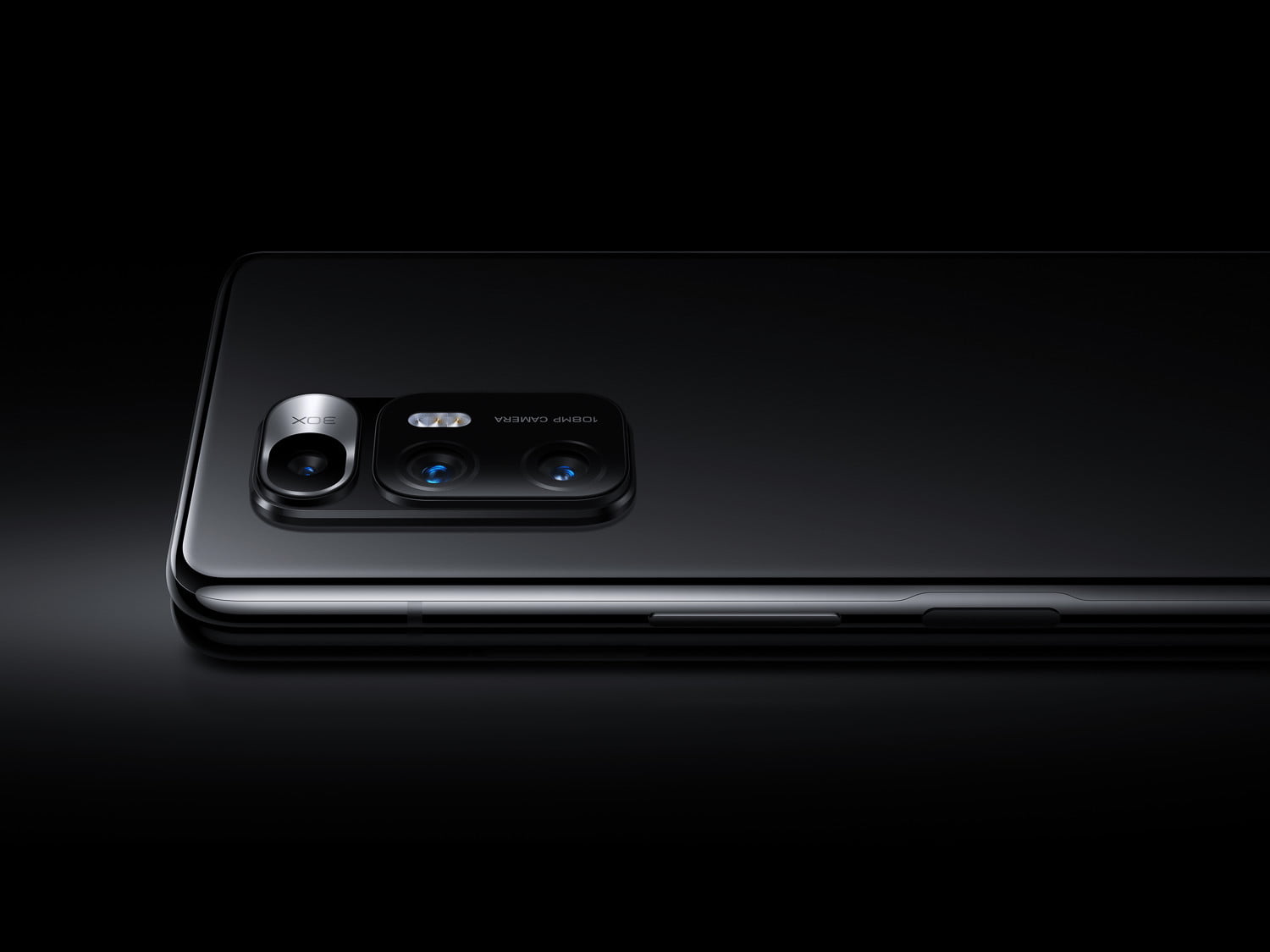 Speaking of those cameras on the back, there is a triple camera setup that includes a primary 1/1.52” 108 Megapixel Samsung’s HM2 sensor with 7P lens, a secondary 13 Megapixel ultrawide camera, and finally, an 8 Megapixel zoom camera with the world’s first Liquid Lens so the radius of the curvature of the surface can be changed, thanks to a motor and it allows up to 3X Optical Zoom and 30X Digital Zoom. The same camera can be used for macro shots as well. Xiaomi says that “The liquid lens can maintain the fluid form in an environment from a low of -40°C to a high of 60°C, ensuring stable, long-lasting, and high-quality optics“.

In the outer display, there is a hole-punch cutout that has the 20 Megapixel camera in it. 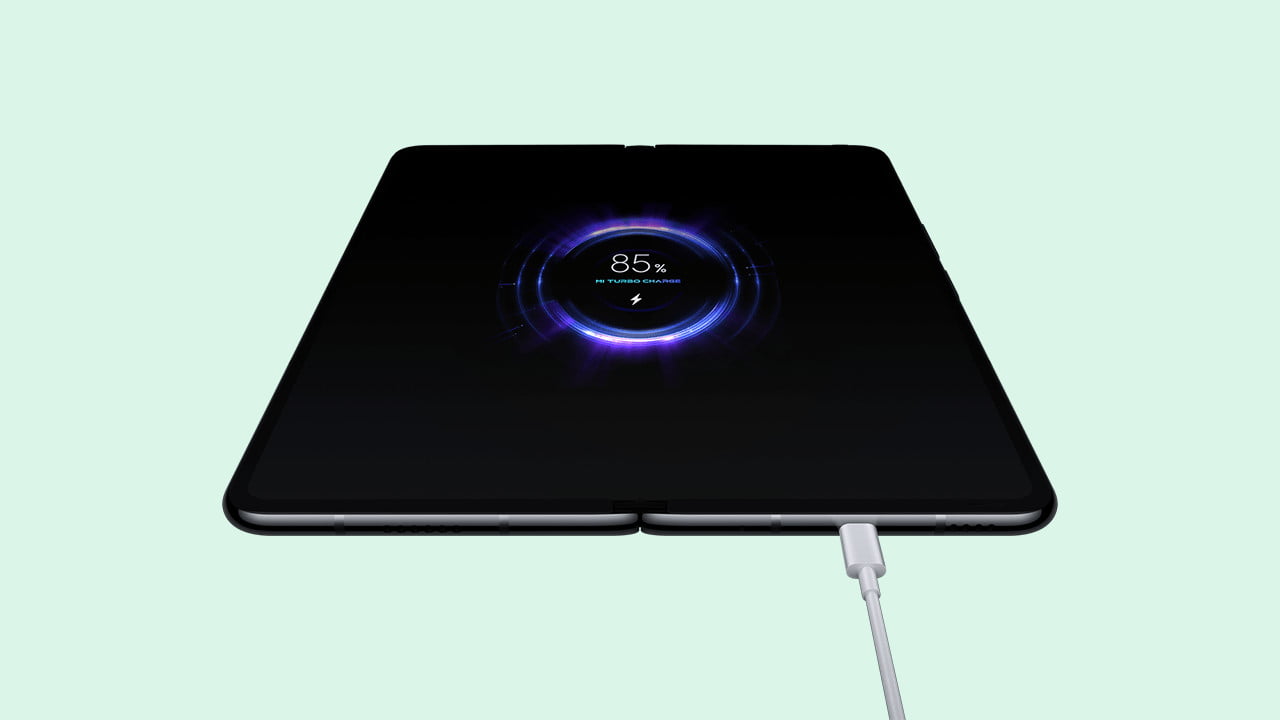 Xiaomi Mi Mix FOLD has a 5,020mAh battery inside, and it is a dual-cell battery. There is support for 67W Fast Wired Charging, and Xiaomi claims that it takes just 37 minutes to fully charge the battery. The fingerprint scanner is there on the side, and since it is the high-end premium phone from the brand, there is Qualcomm Snapdragon 888 chipset under the hood paired with LPDDR5 RAM & UFS 3.1 storage.

When it comes to the build, Xiaomi Mi Mix Fold comes in two variants – Standard and Ceramic Special Edition. As the name shows, the latter has a Ceramic back, but Xiaomi also added some extra design tweaks like laser engraving and golden accent. The Standard variant has Gorilla Glass 5 on the rear. 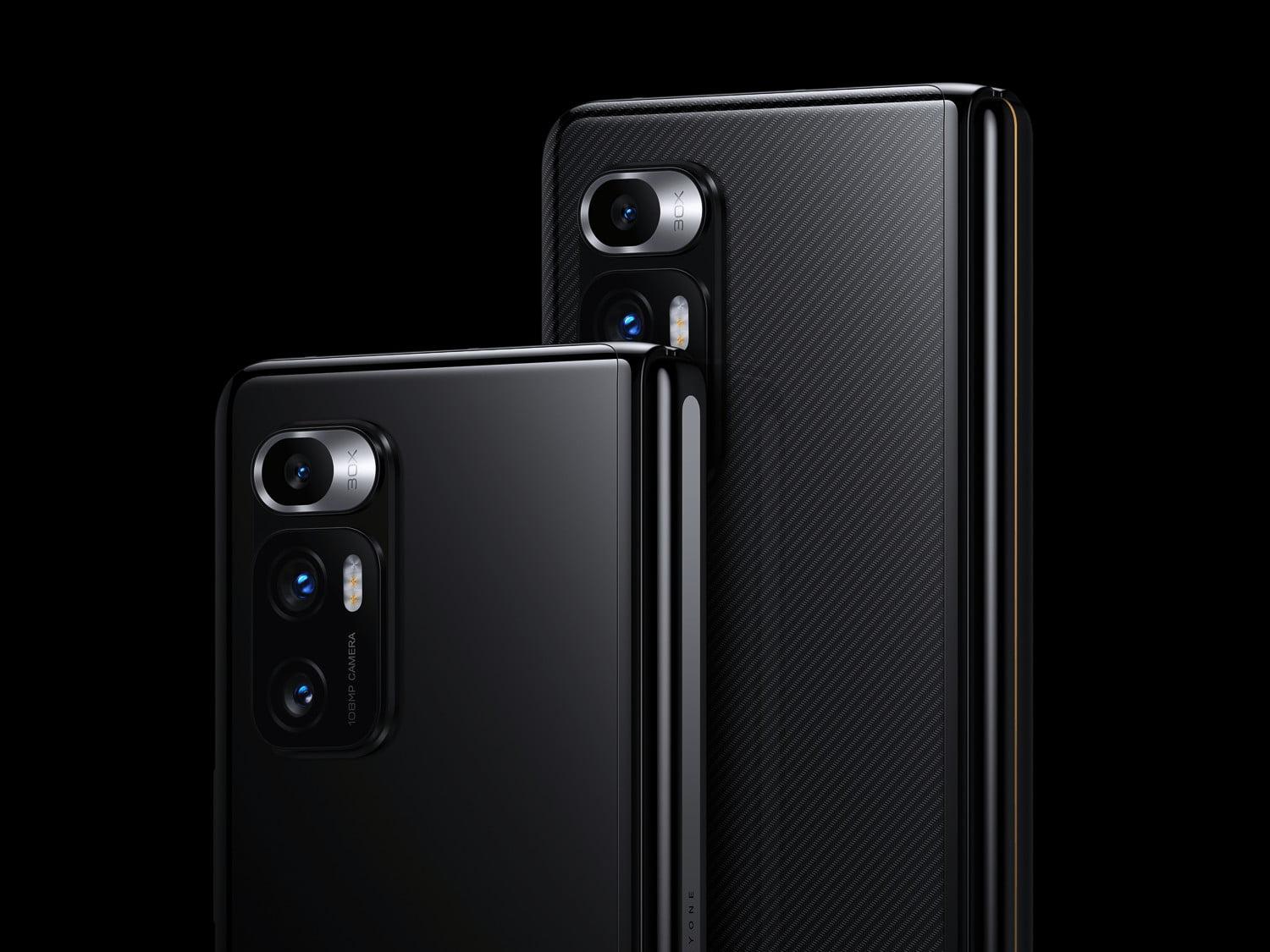 Speaking of the pricing, Mi Mix FOLD comes in three storage options and here is the price for China –

The pre-orders have begun already, and it will be available to purchase starting April 16 in China.