It is a clamshell foldable phone by Huawei

Earlier this week, Huawei announced that the company is going to launch a new foldable phone in China on the 23rd of December. It is named the Huawei P50 Pocket, and unlike the Mate X2, which is a horizontally foldable phone, the P50 Pocket is a clamshell foldable phone, similar to the Samsung Galaxy Z Flip 3 & the Motorola Razr. The company has been teasing the device on its Weibo page by posting some images of the phone, but now, we got some leaked specifications of it. Now, we are not 100% sure about these specs being legit so consider them with a pinch of salt for now. 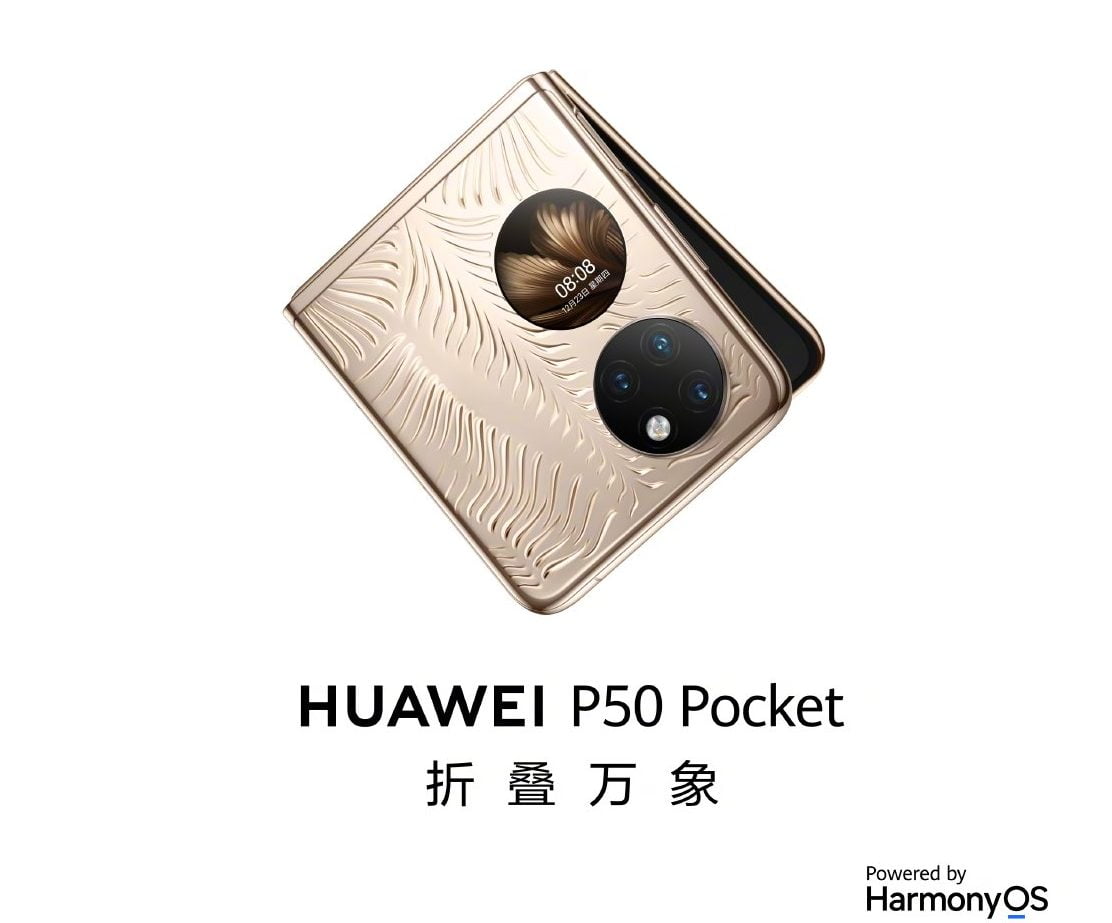 Design-wise, the official images have revealed that the phone has a unique pattern on the outside instead of having a glossy or matte finish. There is a secondary screen as well, but it is a small circular panel with a size similar to the size of the camera module. The camera module has four cameras in it and an LED flash. We can also see that the fingerprint scanner sits on the side along with the volume rockers.

As per a leak on Weibo from a user, the Huawei P50 pocket is powered by the Kirin 9000 SOC and has a 6.8-inch foldable display. On the outside, there is a circular 1-inch screen. The battery size is 4,100mAh, and the phone supports 66W fast charging. In terms of the cameras, the triple camera setup includes a primary 50MP Sony IMX766 sensor paired with a 13MP ultrawide & an 8MP telephoto. There are two color options – Gold & Silver. Interestingly, there is no 5G support, or it is still a 4G phone.

The launch in China happens in a few days, so let’s see at what price the Huawei P50 Pocket launches.