Less than a week is now left for the launch of much-awaited Galaxy Note 10 series from Samsung. We already know a lot about the Note 10 as well as the Note 10+, thanks to all the leaks. We already have the official press images, hands-on photos, the specifications & more of these phones. Today, Ishan Agarwal exclusively shared the details of Galaxy Note 10’s color options & storage variants for the Indian markets with folks over at MySmartPrice. 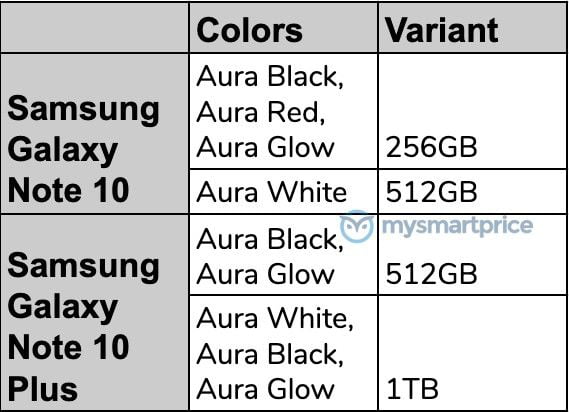 In India, the phones will be Flipkart Exclusive & you will be able to buy them on August 23rd.