At the beginning of June, we got the CAD renders of the Samsung Galaxy Note 10 Pro which revealed a Quad Camera setup on the back & a hole-punch screen. But, it looks like Samsung is dropping the plan to call it “Note 10 Pro”. Today, the hands-on images of the Samsung Galaxy Note 10+ leaked which is going to be the actual name of what was previously assumed to be the Note 10 “Pro”. So, Samsung is now bringing the “Plus” moniker to the “Note” series as well.

As the images above reveal, the name is indeed Samsung Galaxy Note 10+ as we can see in the boot screen. The phone has extremely thin bezels all around & there is a single front camera placed in the circular hole-punch cutout in the middle on top. This placement seems better than on the top right or top left. What do you say? 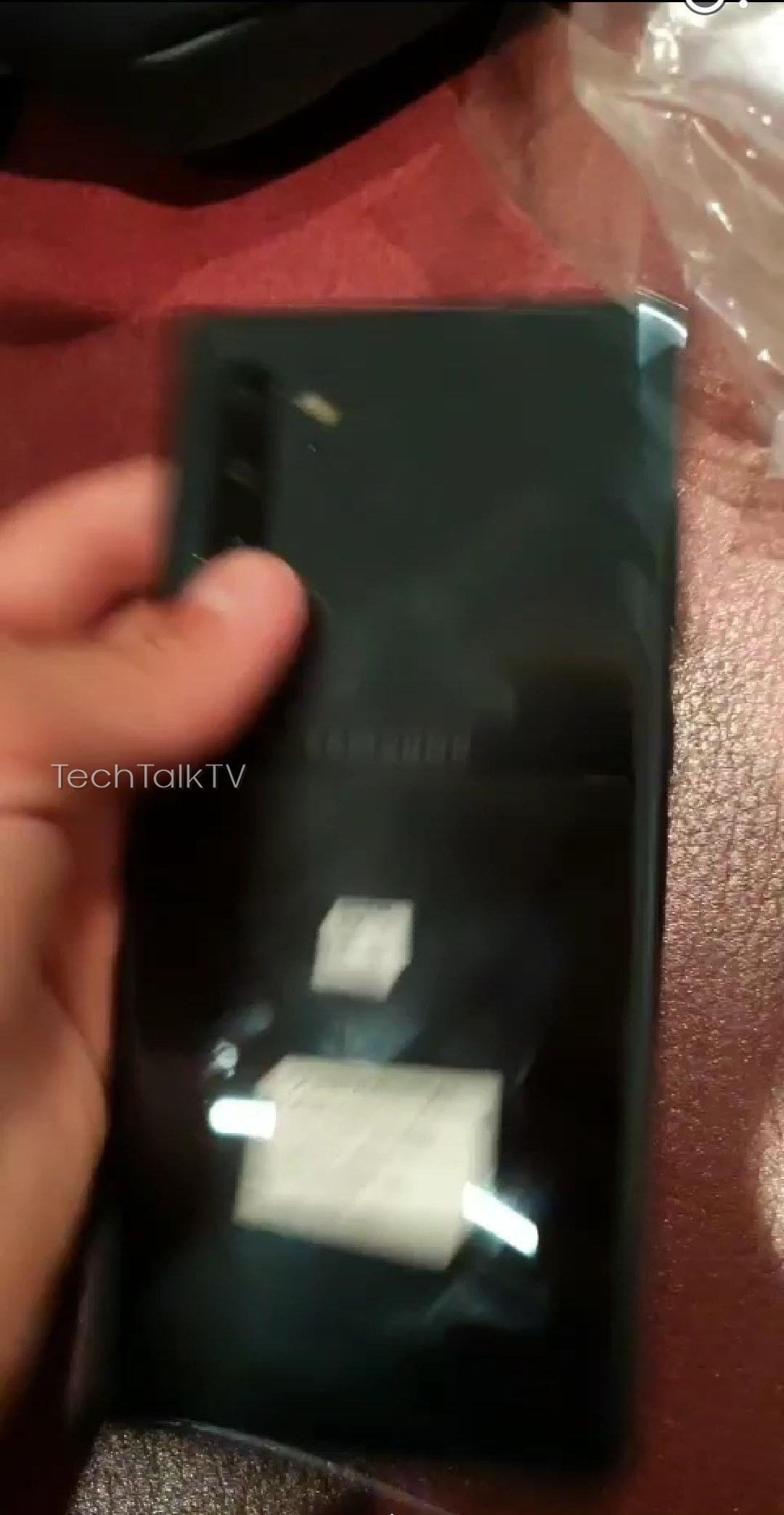 The blurry image of the rear gives us a look at the Quad camera setup with three cameras placed in a single module vertically while the fourth one placed below the LED flash.

Well, nothing is known about the specifications yet so stay tuned for that.