Samsung is launching back to back phones under the Galaxy ‘M’ series, and now the company is preparing for the launch of yet another Galaxy M series phone named the Samsung Galaxy M11. As the name suggests, it is the successor to the last year’s Galaxy M10/M10s. The official press renders of the phone have now leaked that were shared by YTechB.

These press renders reveal the design and also the three colour options – Black, Purple and Sky Blue. Compared to the Infinity-V display & Dual cameras of the Galaxy M10/M10s, there is a punch-hole display and triple rear cameras in case of the Galaxy M11. It is a 6.4-inch HD+ LCD panel with an 8 Megapixel selfie camera placed in that punch-hole cutout on the top left.

The SOC powring it has an octa-core 1.8GHz  CPU, and the name is not yet known. It could be the Qualcomm Snapdragon 450. 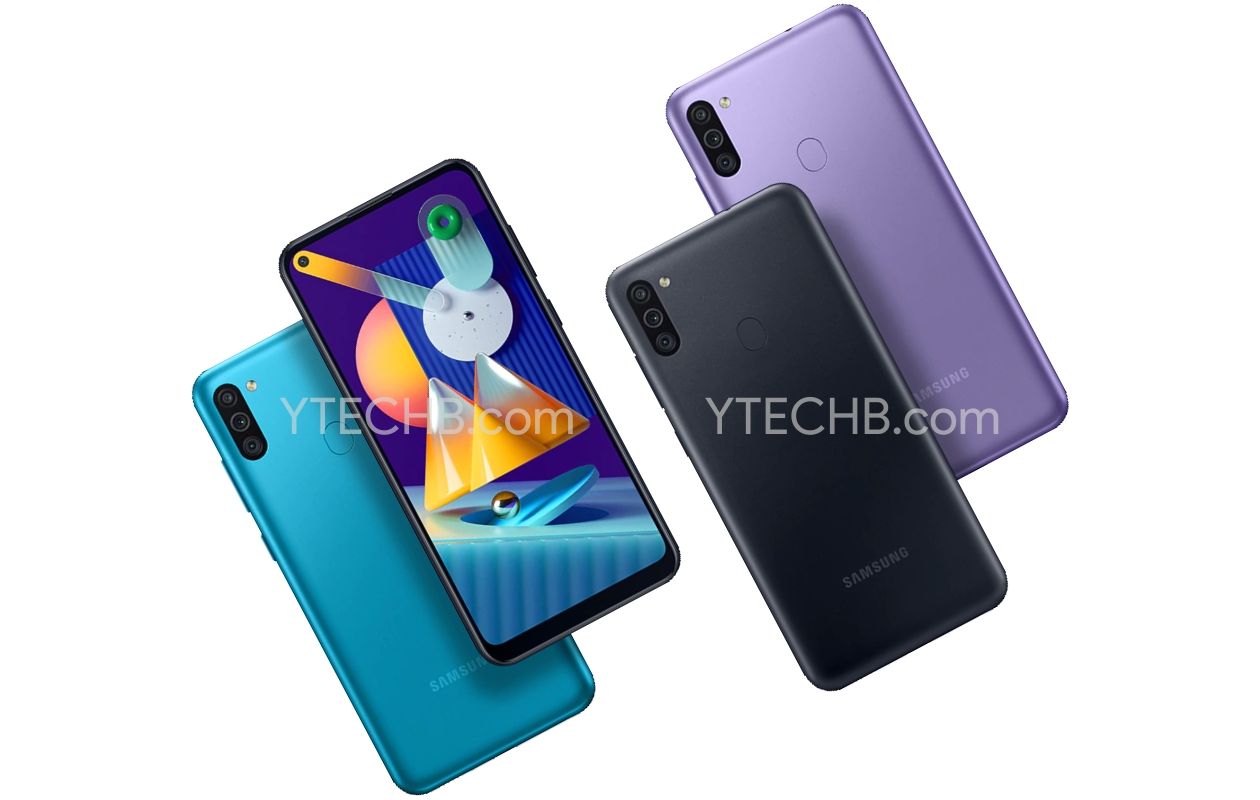 The rear camera setup includes a primary 13 Megapixel f/1.8 unit paired with a 5 Megapixel ultrawide camera & a 2 Megapixel depth sensor. Finally, there is a huge 5,000mAh battery & 15W fast charging support via the USB Type-C port. Android 10 runs out of the box with OneUI 2.0 on top.

There is no information on the pricing yet, but the price is definitely going to be around Rs 9-10K in India.