All three are 5G phones 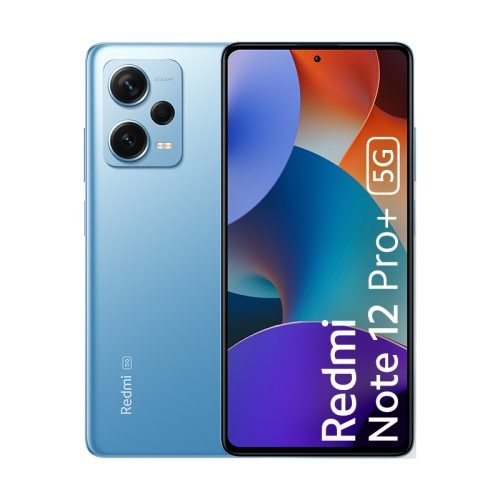 Redmi Note 12 5G is a budget phone featuring the Qualcomm Snapdragon 4 Gen 1 chipset. This is a 6nm chipset featuring dual sim 5G support. Another thing this chip supports is a 120Hz refresh rate, so, the Redmi Note 12 5G has a 6.67-inch Super AMOLED display with a 120Hz refresh rate and 1200 nits peak brightness. There is a hole punch cutout on the front that has the 13MP selfie camera. The battery size is 5,000mAh, and the phone supports 33W fast charging.

Android 12-based MIUI 13 runs out of the box. The phone will receive two Android OS updates and four years of security updates. Other features include an IR Blaster, a 3.5mm headphone jack, a side-mounted fingerprint scanner, a USB Type-C port, an IP53 rating, Gorilla Glass 3 on the front, etc.

Redmi Note 12 Pro 5G is powered by the MediaTek Dimensity 1080, a 6nm chip with two Cortex-A78 cores clocked at 2.6GHz. This is the same SOC that powers the Realme 10 Pro+ smartphone. There is a 6.67-inch 120Hz Super AMOLED display with 10-bit color depth, Dolby Vision, HDR10+, and 900 nits brightness. The battery size is 5,000mAh, and the phone supports 67W fast wired charging. The 67W adapter is provided in the box.

The camera setup includes a 50MP Sony IMX766 sensor with OIS, an 8MP ultrawide, and a 2MP macro. 4K video recording is supported, but it is capped at 30fps. The selfie camera has a 16MP sensor.

The main USP of Redmi Note 12 Pro+ 5G is its primary rear camera. The phone has a 1/1.4” 200 Megapixel Samsung HPX sensor with an f/1.65 aperture lens and OIS. Another upgrade over the Redmi Note 12 Pro is the charging speed. The Note 12 Pro+ supports 120W fast charging, and the 120W adapter is provided in the box. There is a 4980mAh battery. For efficient charging, the company has also used Xiaomi’s Surge P1 chip.

The rest of the specifications are the same as Note 12 Pro. There is the same display, the same cameras (except primary), the same design, the same chipset, etc.

All three phones will go on sale on January 11, and you can get them from Mi.com, Mi Home, Amazon India, and the company’s retail outlets.