So, Nubia toned down some of the features of the Red Magic 6 such as a 144Hz display instead of 165Hz, 55W fast charging instead of 66W, display with a hole-punch cutout on the front, etc. But there are also some upgrades over the other two phones such as a Quad camera setup compared to the triple camera layout on the Red Magic 6 & 6 Pro.

Design-wise, Nubia tried making it looks way less gamery than the other two phones under this series. There is a Quad camera setup on the back placed in a rectangular camera island and the back panel has a dual-tone look where the area around the camera module is plain whereas the rest of the area has a Carbon-fiber pattern. There is also the “Tencent Games” branding on the rear.

Speaking of that camera setup, there is a primary 64 Megapixel Sony IMX682 sensor paired with an 8 Megapixel ultrawide camera, a 5 Megapixel macro camera, and a 2 Megapixel depth sensor. On the front, there is a 16 Megapixel shooter for selfies. 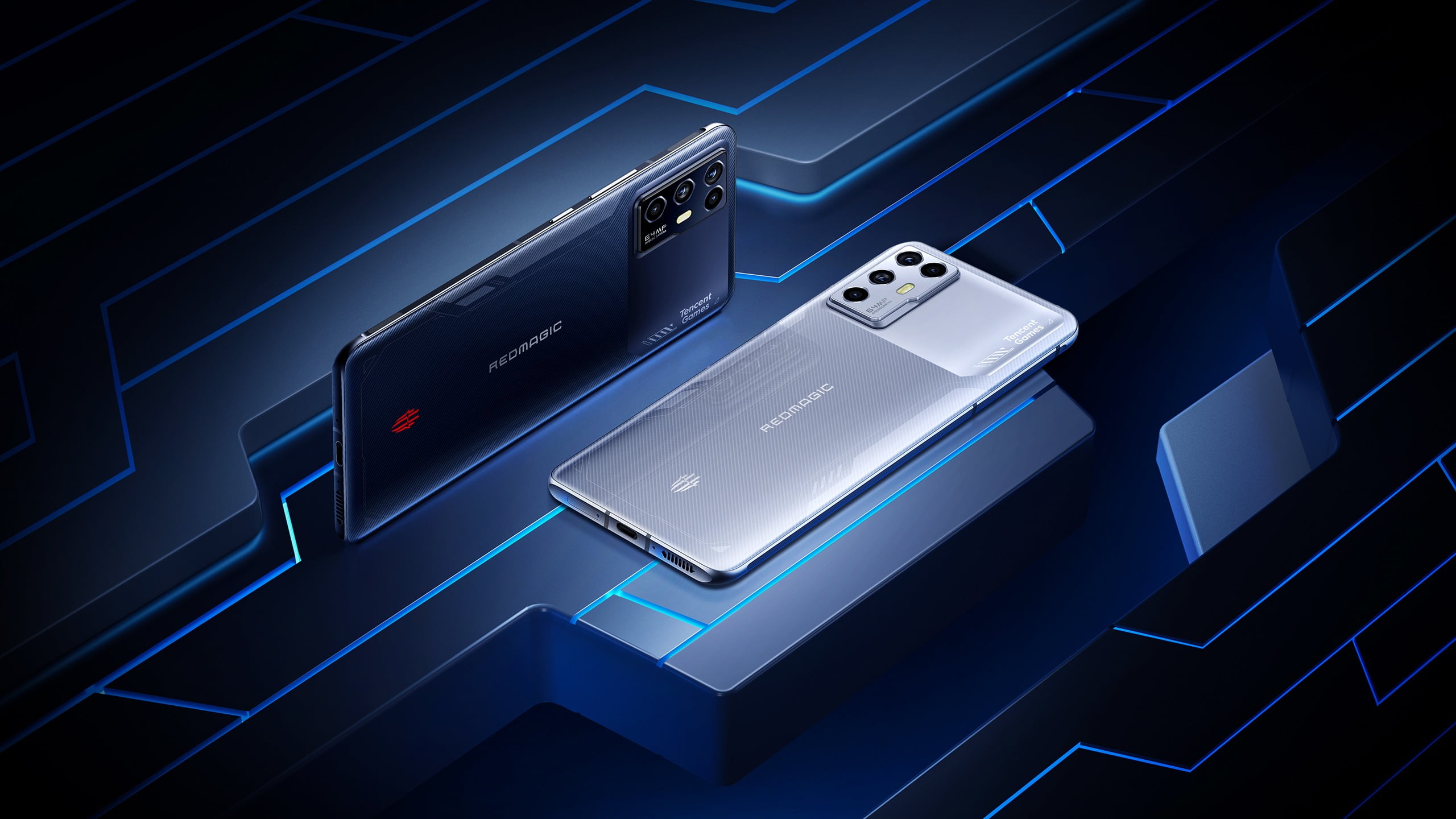 Under the hood, Red Magic 6R has the Qualcomm Snapdragon 888 SOC paired with LPDDR5 RAM and UFS 3.1 storage so, in terms of performance, Nubia didn’t do any cost-cutting. There is no cooling fan this time around, something that is present in the case of the Red Magic 6 and 6 Pro. So for cooling, the phone relies on Graphene, VC Liquid Cooling, Copper foil, and Thermal Gel.

The battery underneath is a 4,200mAh unit with support for 55W fast charging. For comparison, the Red Magic 6 has a 5,050mAh battery with 66W fast charging.

Speaking of that panel upfront, it is a 6.67-inch 144Hz AMOLED panel with a 360Hz touch-sampling rate. The peak brightness of this display is 770 nits. Since it is an AMOLED panel, the fingerprint scanner sits under the display. Nubia did retain the shoulder buttons from the other two phones and this time as well, they have a 400Hz touch-response rate. Finally, RedMagic OS 4.0 runs out of the box based on Android 11.

In China, the Red Magic 6R launched in Black, White, and a Limited Edition Yellow Color. Here is the pricing –

The first sale will take place on the 1st of June.