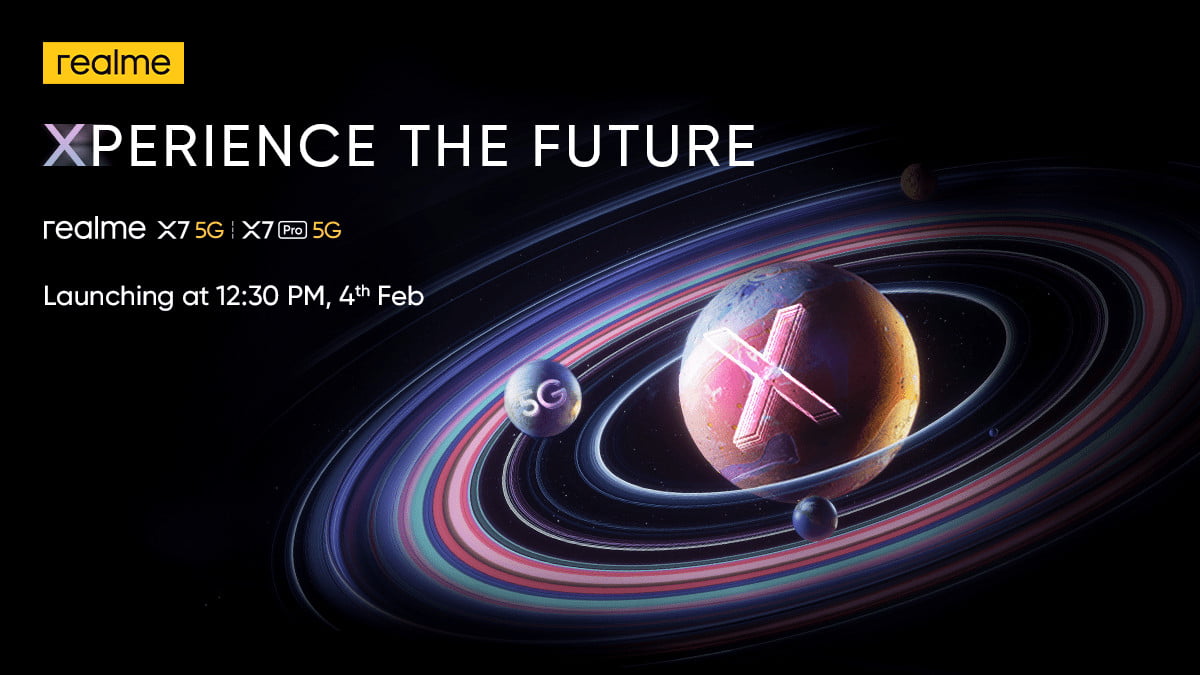 Realme has been teasing the launch of the X7 Series in India for quite a few months now. In fact, it’s been more than three months since the company first teased the launch of this series in the Indian market. Finally, we now have the launch date for the Indian market, and it was shared by a reliable source on Twitter (@Gadgetsdata). As per the source, the Realme X7 Series is launching in India on the 4th of February & yes, both the X7 & X7 Pro are launching that day.

While we were hoping to see the Realme X7 in China launching in the Indian market with the same name, that doesn’t seem to be the case. Madhav Sheth, the CEO of Realme India, posted an image on Twitter showing off the back of Realme X7, and it reveals that the Realme X7 for India is actually the Realme V15 in China. The Realme V15 is cheaper than the X7 in China, so maybe that’s the reason why Realme is bringing the V15 to the Indian market as the X7 to keep the price low.

So assuming that there won’t be any change in the specs, Realme X7 for the Indian market has a 6.4-inch AMOLED with Full-HD+ resolution and 60Hz refresh rate. The fingerprint scanner is there under the display and the SOC powering this phone is the MediaTek Dimensity 800U. There are three cameras on the back where the primary camera has a 64 Megapixel sensor, the secondary 8 Megapixel camera is for taking ultrawide photos, and the third 2 Megapixel camera is for macro photography. On the front, there is a 16 Megapixel shooter.

It would be interesting to see whether the Realme X7 in India has a headphone jack because the Realme V15 doesn’t have one. Finally, there is a 4,310mAh battery and support for 50W fast charging.

Finally, there is no information on the pricing, but the Realme V15 starts at 1,399 in China, which translates to around Rs 16,000. Obviously, the phone won’t launch in India at the same price, but we are sure the starting price will remain under Rs 20,000.