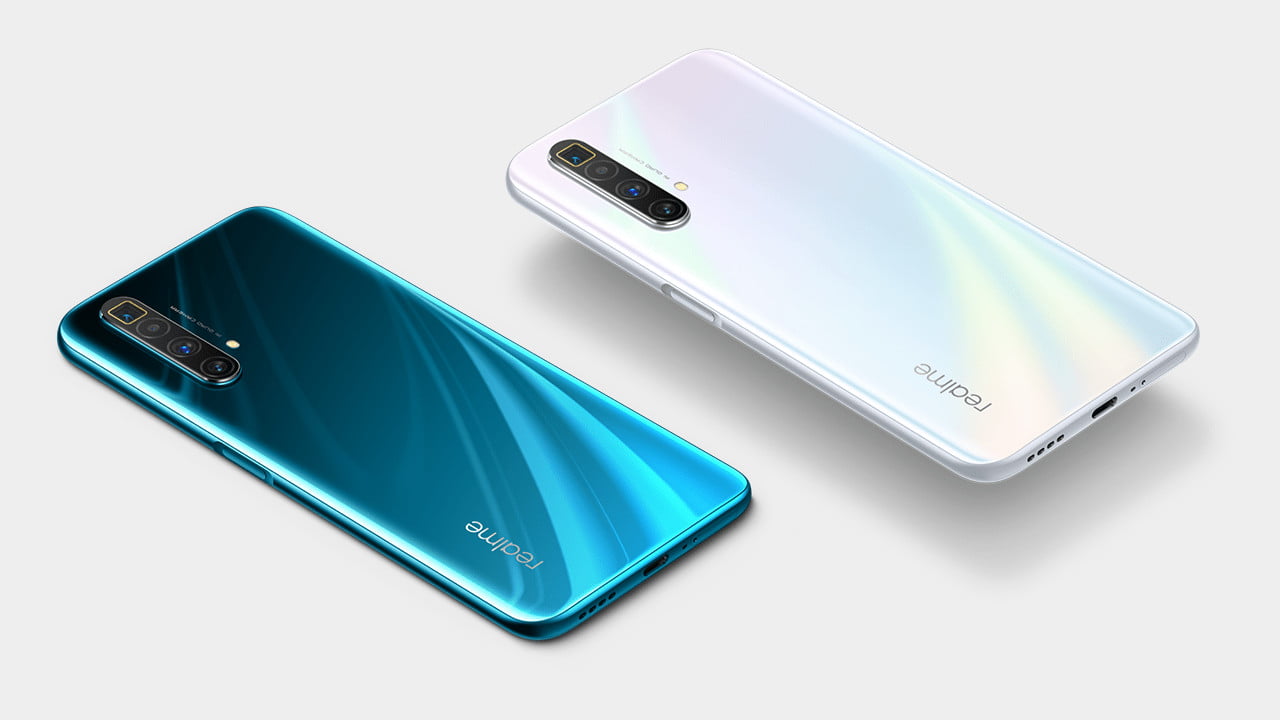 Design-wise, both the phones have the same design language that we have seen for almost all the Realme phones launched this year. There are Quad cameras on the rear placed vertically on the top left & a dual punch-hole selfie camera setup on the front.

The biggest design difference between the two is that the X3 SuperZoom has a periscope camera on the rear while the Realme X3 lacks that.

Both the phones have a side-facing fingerprint scanner since there is an LCD Panel. Also, both the phones lack a 3.5mm headphone jack. 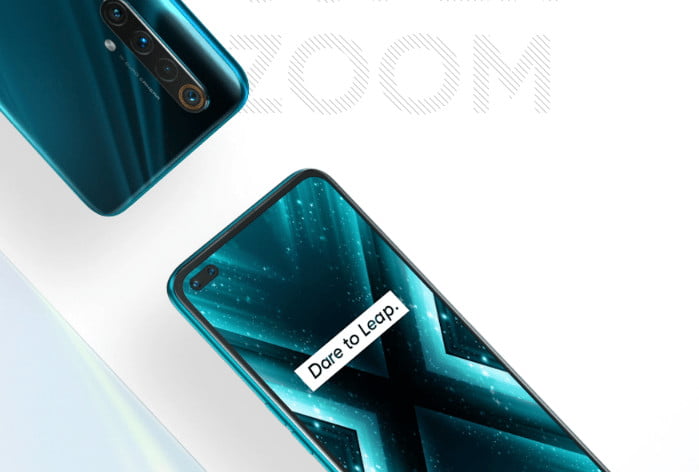 Both phones feature a 6.6-inch 120Hz LCD with Full-HD+ resolution and Corning Gorilla Glass 5 protection. There is Qualcomm Snapdragon 855+ SOC & while the Realme X3 has 6/8GB RAM, the X3 SuperZoom has 8/12GB RAM options. Both the phones have UFS 3.0 storage. 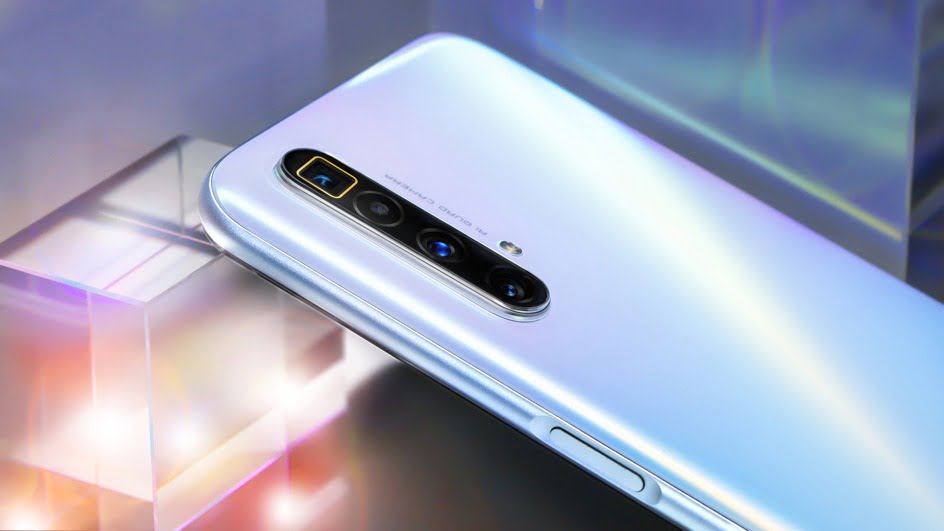 There isn’t any difference in the camera specs as well except for the periscope camera. Both Realme X3 & X3 SuperZoom have a primary 64 Megapixel rear camera paired with an ultra-wide-angle camera & a macro camera. The Zoom lenses are different on both.

Both the phone have dual selfie cameras but while the Realme X3 has a 16 Megapixel primary front camera, the Realme X3 SuperZoom has a 32 Megapixel camera. There is a secondary ultrawide camera on both. 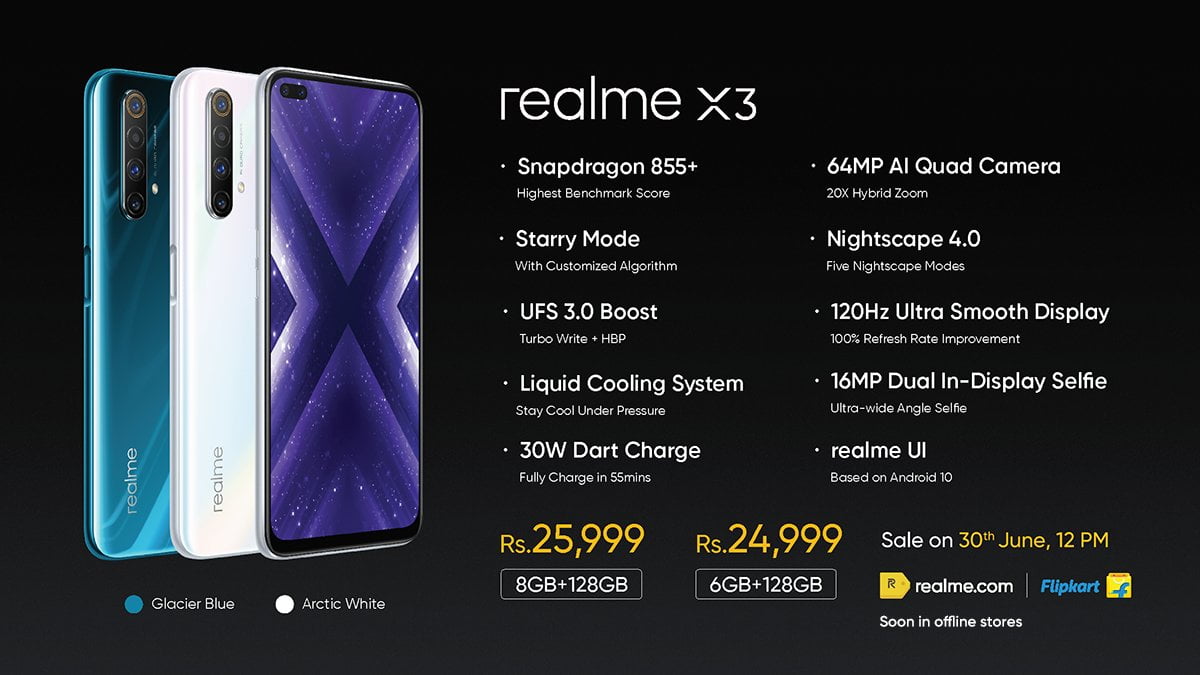 Realme X3 comes in two colors – Glacier Blue & Arctic White. There are two storage options & the pricing is as follows –

Both phones will be on sale on June 30th & you can buy them via Flipkart or Realme.com.