We know that Realme Q Series will launch on September 5 in China & the Realme Q is simply the rebranded Realme 5 Pro for the Chinese market. But, we may get a phone under this series with Snapdragon 730G SOC & a new leak revealed this. While it is not confirmed, the specifications are pretty solid & it looks like Realme is all set to take on the Redmi K20. 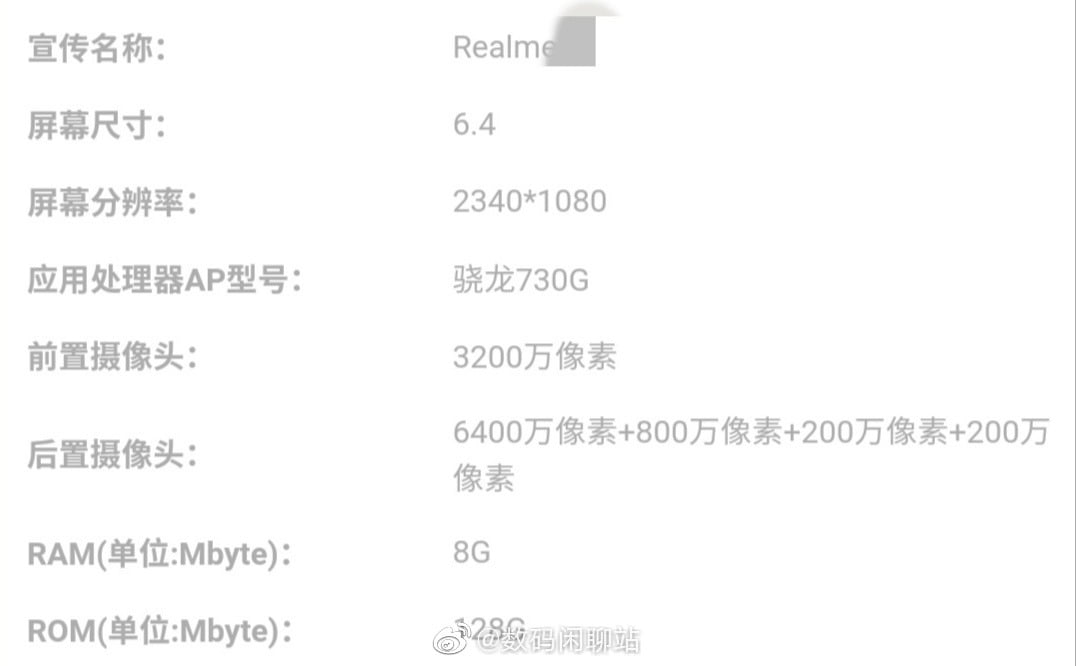 As the specifications above suggest, this upcoming device under the Realme Q Series has a 6.4-inch FHD+ display & as per the source, it is an AMOLED screen with a waterdrop notch. The fingerprint scanner is also placed under the display. The SOC powering the device is Qualcomm Snapdragon 730G, which is the most powerful mid-range processor from Qualcomm.

There are Quad Cameras on the back including a primary 64MP shooter, a secondary 8MP wide-angle camera, a third 2MP Macro camera & a fourth 2MP Depth sensor. There is a 32MP front camera. So, the camera setup is similar to the Realme XT.

Well, if there is indeed any such phone launching soon under the Realme Q series, we can definitely expect it to launch in markets like India soon.