In June, Realme announced that it is going to launch the world’s first phone with a 64MP camera sensor in coming months & India will be the first market to get this device. Well, Realme has now revealed that it will showcase the 64MP Quad Camera tech on a smartphone on August 8 in India. 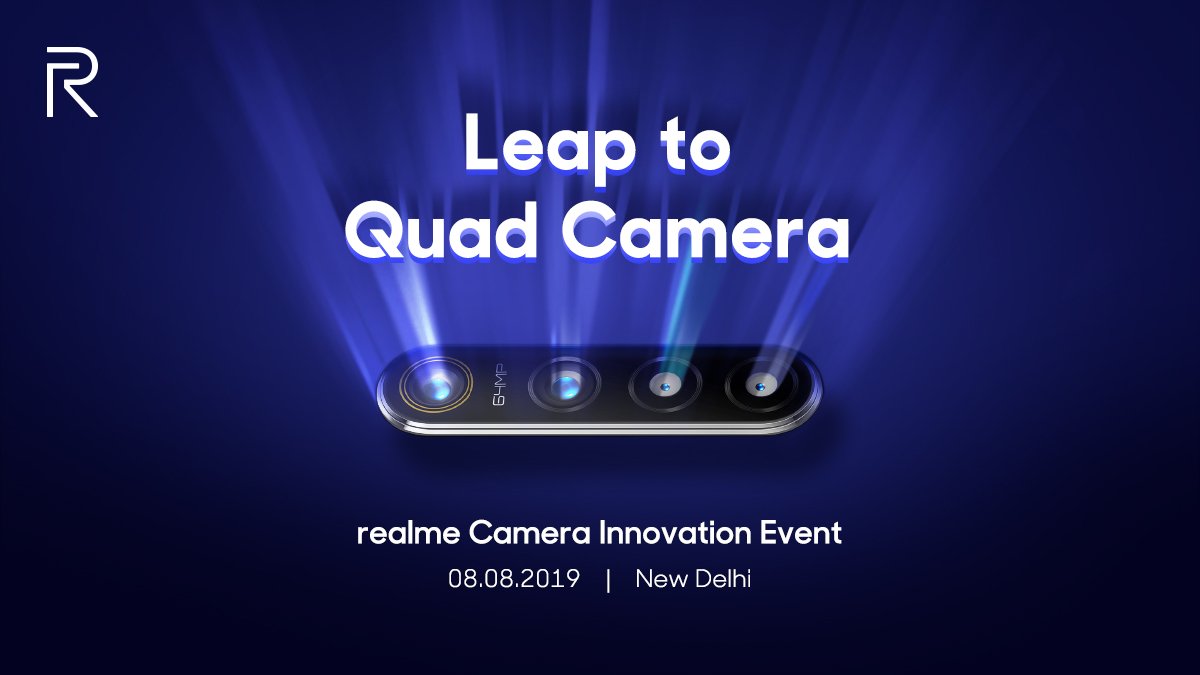 The 64MP camera sensor is definitely Samsung’s GW1 sensor since Sony hasn’t yet launched any such camera sensor. The teaser shows the same Quad camera setup as we saw in the previous teaser, but this time, we have the launch date as well. The launch is happening in New Delhi at the realme Camera Innovation Event. Now, there is most likely no phone launch as it seems like an event to showcase the 64MP Quad camera technology on a phone.

Madhav Sheth, Realme’s CEO, said on Twitter that this is among the first surprise of the season, so there are more to come. Realme has already announced that it will try to launch a phone every month in India so let’s hope to see a Flagship Killer “Killer” from Realme soon.