The upcoming Poco X3 might not be a rebrand of any already launched Redmi device, but that doesn’t mean Poco is not going to launch any rebranded Redmi phones. Well today, the company announced September 8th event for the launch of Poco M2 which seems like a rebranded Redmi 9 Series phone. As the name suggests, this is the non-Pro version of the Poco M2 Pro which launched back in July in the Indian market as rebranded Redmi Note 9 Pro. 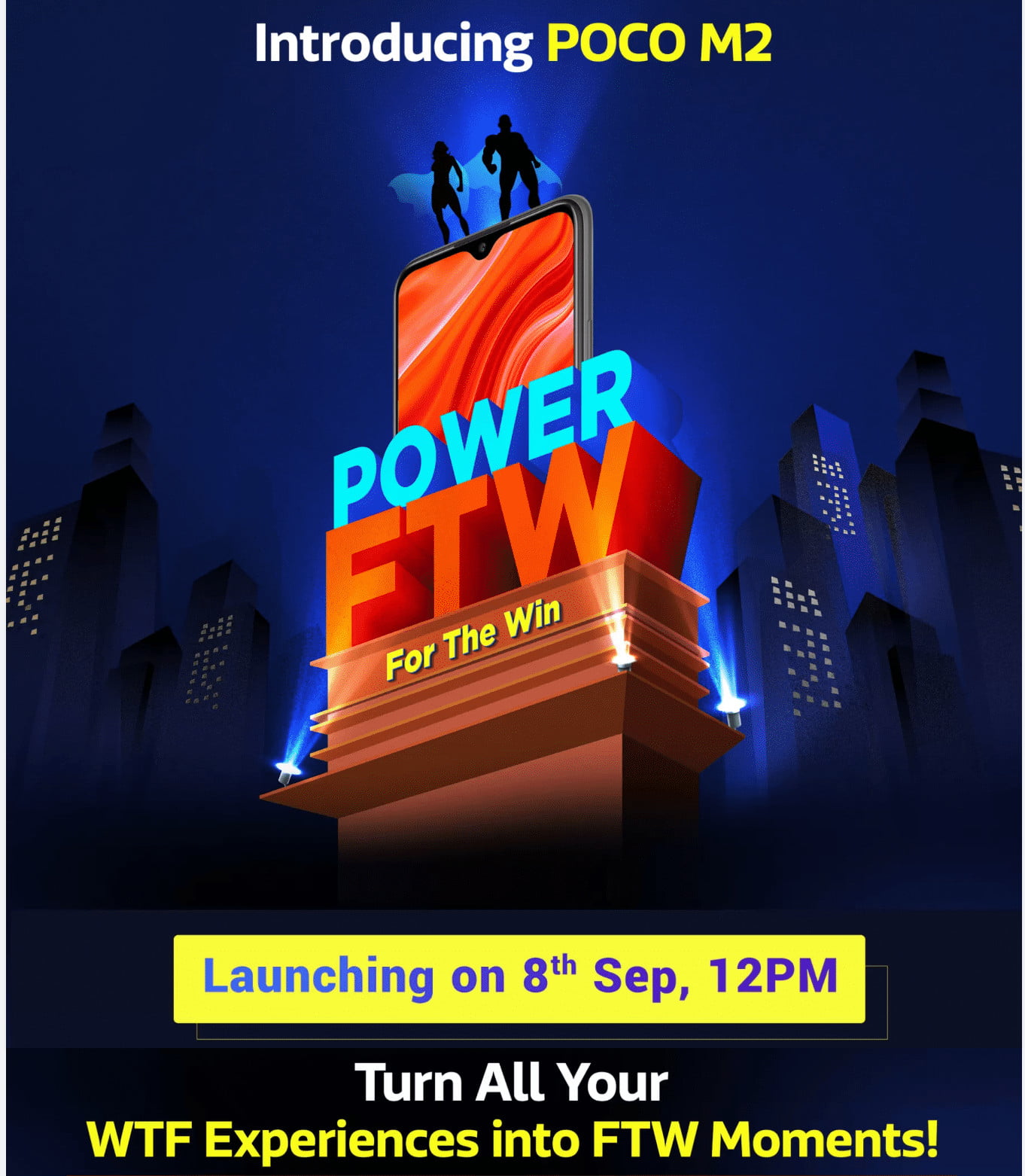 While there is no information regarding the design or the specs of the phone, our guess is that it is the rebranded Redmi 9 Prime which is already available in India. Just like the Poco M2 Pro, Poco might launch the M2 with 18W Fast Charger in the box itself, something that is not the case with Redmi 9 Prime. There might also be a slight design change, but we doubt that.

Again, we are mentioning that it is not yet confirmed which Redmi device the Poco M2 is a rebrand of!