OnePlus BE2028 with Snapdragon 690 SOC spotted on Geekbench

OnePlus NORD is launching on July 21st, and we already know that the phone features Qualcomm Snapdragon 765G 5G chipset. But, it looks like there is another mid-range 5G phone that OnePlus is going to launch in the near future. Today, an upcoming OnePlus device with model number “BE2028” showed up on Geekbench.

The OnePlus BE2028 has the Qualcomm Snapdragon 690 5G SOC, which was unveiled last month as Qualcomm’s first Snapdragon 600-series 5G chipset. Considering that it has a less powerful SOC compared to the OnePlus NORD, it is rumored to launch as OnePlus NORD Lite, but that’s just a rumor as of now. 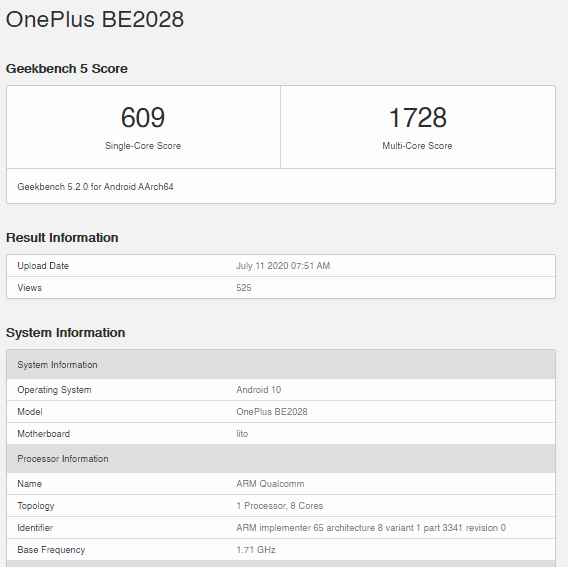 Well, there is no more information on this upcoming phone from OnePlus, but as we know, “NORD” is a new series from the brand for affordable phones, so the upcoming OnePlus NORD is definitely not the only phone we are getting under this series.