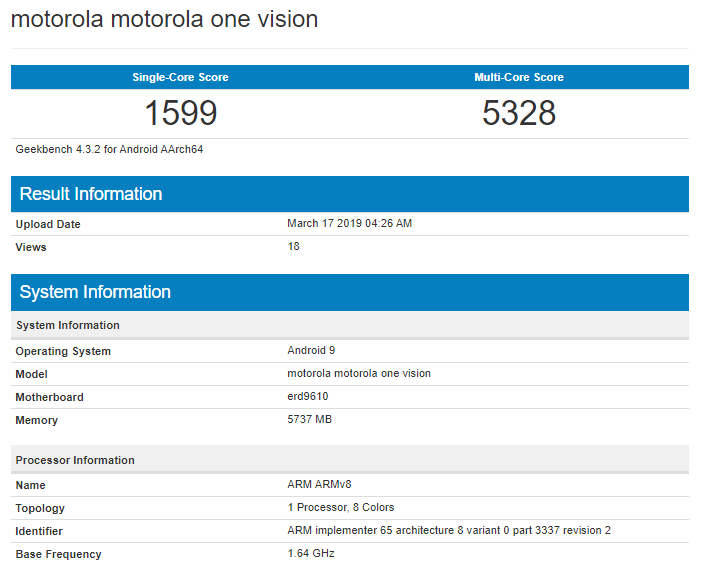 Motorola One Vision on Geekbench

The phone scores around 1600 on single core and 5328 on multi-core. The scores are slightly higher than those of Snapdragon 660, but the processor is still less powerful than the likes of Snapdragon 675 and 710 if we look at the benchmark score.

The Motorola One Vision, as the listing reveals, has 6GB RAM and runs Android 9 Pie out of the box.

There is no information about the launch date & other specs so stay tuned.

Related Topics:
Up Next