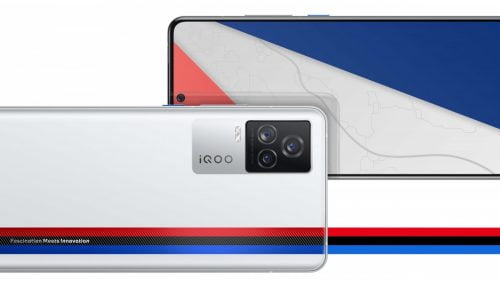 iQOO 7 and iQOO 7 Legend are now official in the Indian market, and don’t get confused with the names as the iQOO 7 for the Indian market launched in China as the iQOO Neo 5. The iQOO 7 for China is the iQOO 7 Legend in India. So now that the naming is clear let’s talk about these phones in detail in this article. iQOO launched the two phones at a pretty aggressive price that starts at Rs 31,990 for the iQOO 7 and Rs 39,990 for the Legend. So we can say that these are the competitors to the recently launched Mi 11X series. 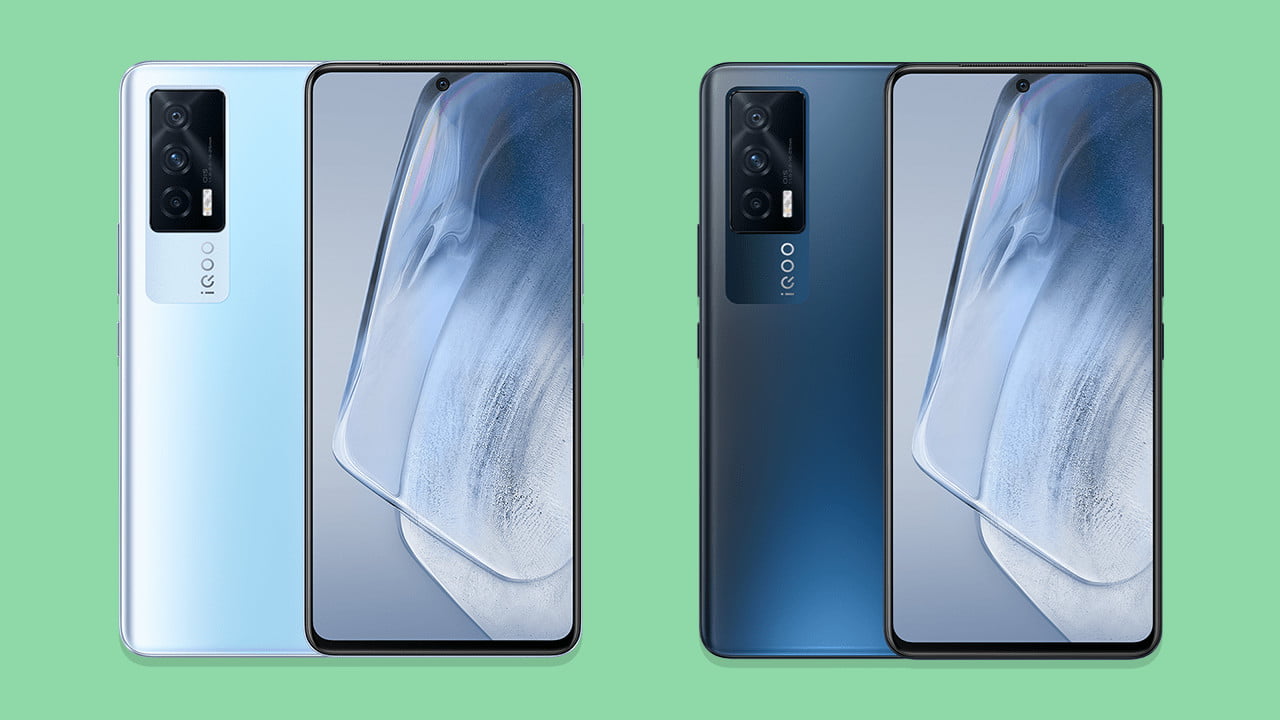 Since it is just the iQOO Neo 5 but with a different name, there isn’t anything different about the design. The phone features AG Glass on the back and a flat display with a centered hole punch on the front. There are three cameras on the back placed in a rectangular camera module. To no surprise, there is no 3.5mm headphone jack on this phone.

There is a 6.2-inch AMOLED panel with a 120Hz refresh rate and 1,300 nits of peak brightness. The phone also features an MEMC (Motion Estimation Motion Compensation) chip, and iQOO says this will increase the frame rate interpolation from 60 to 90 or even 120 FPS.

Under the hood, iQOO 7 packs the Qualcomm Snapdragon 870 5G SOC which is the same chip that powers the Mi 11X. iQOO also put a vapor chamber in this phone with a 6000 mm² graphite layer for better cooling while doing heavy tasks such as playing games.

There is a 4,400mAh battery underneath, and the phone supports 66W fast charging. Android 11 based FunTouchOS 11.1 runs out of the box.

Speaking of the cameras, there are three on the back that includes a primary 48 Megapixel shooter with OIS, a 13 Megapixel secondary camera for ultrawide shots, and a 2 Megapixel monochrome camera. The ultrawide camera is used for taking macro photos as well. On the front is a 16 Megapixel camera for selfies. 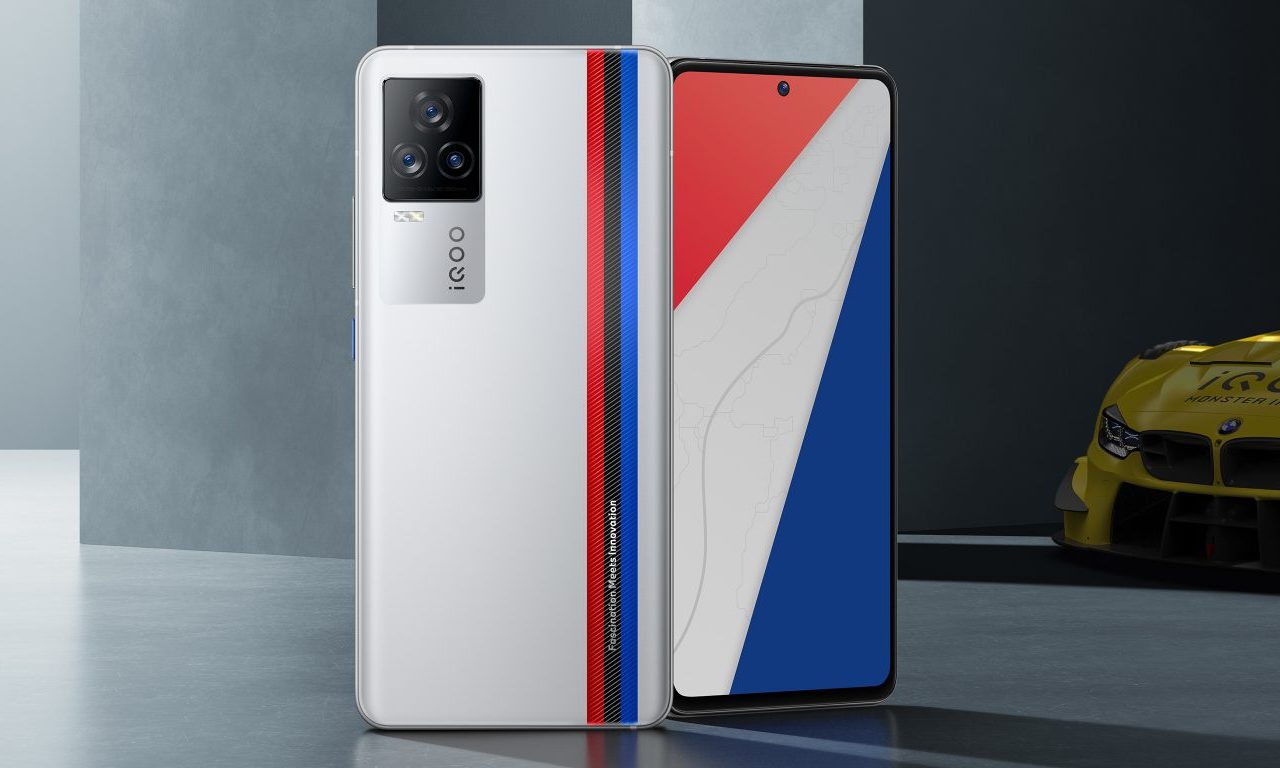 Coming to the iQOO 7 Legend now, the biggest upgrade over the vanilla variant is the SOC. There is the Snapdragon 888 SOC instead of the Snapdragon 870, making it one of the cheapest phones with this SOC under Rs 40,000. Design of one unique aspect of this phone as it has a “racetrack” inspired design on the rear, so there are stripes on the right side where one of them has the text that says “Fascination Meets Innovation.” This is the tagline of BMW M Motorsport, and while iQOO did not mention it in the Indian launch event, the design is developed in partnership with BMW M Motorsport.

The Qualcomm Snapdragon 888 SOC is paired with 8GB or 12GB LPDDR5 RAM and 128GB or 256GB UFS 3.1 storage. Surprisingly, while the iQOO 7 has a 4,400mAh cell, the iQOO 7 Legend gets a smaller 4,000mAh battery despite having a more powerful chipset. So the battery life is something that is definitely not going to be the best when compared to the competition. 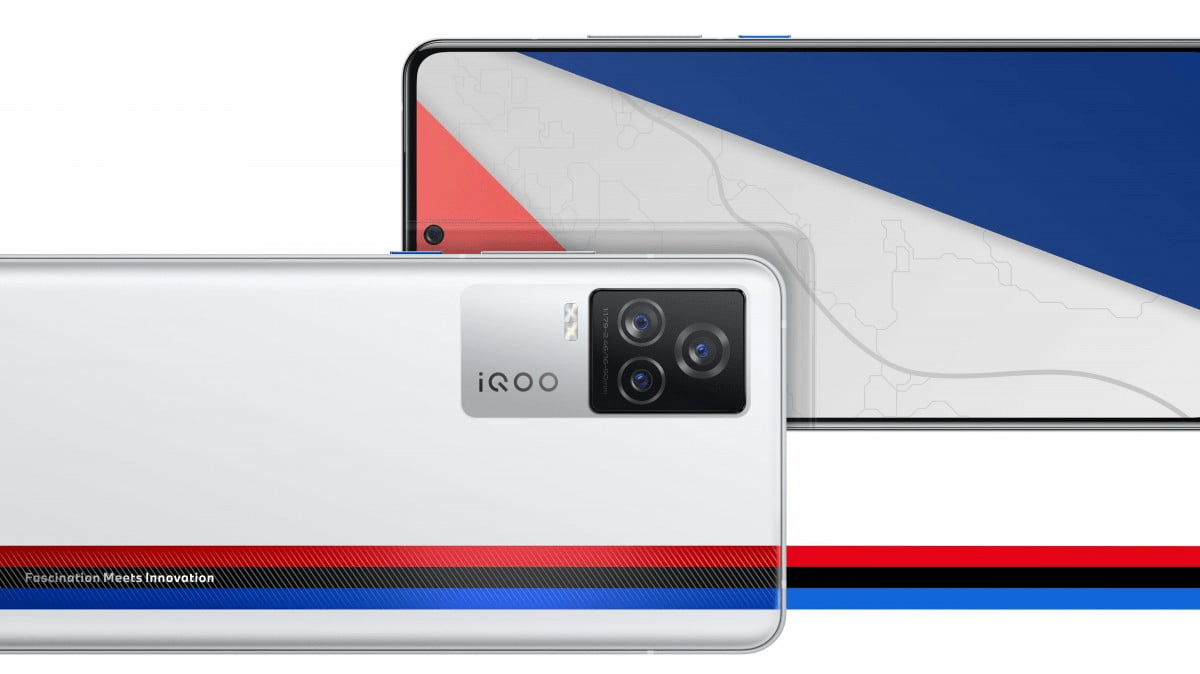 There are three cameras on the back that include a 48 Megapixel primary snapper with Sony IMX598 sensor and OIS, paired with a 13 Megapixel 50mm portrait lens having 2X Optical Zoom and a 13 Megapixel ultrawide camera that can take macro photos too. The selfie camera is the same 16 Megapixel shooter as on the vanilla model.

There is a 6.62-inch 120Hz AMOLED panel on the front, and the phone supports 66W fast charging.

In India, iQOO 7 Legend launched in a single color option, and here is the pricing –

You can pre-book the iQOO 7 and the iQOO 7 Legend on the 1st of May via Amazon India’s website and iQOO.com.