Remember the first Mi Mix device from Xiaomi? It was announced as a conceptual device featuring a bezel-less design. Later, this became a trend & even today, we get new phones with bezel-less designs. Today, Xiaomi unveiled the Mi Mix Alpha, the biggest leap in the Mi Mix series. It is the World’s first smartphone that has a Wrap-Around display which means the Xiaomi Mi Mix Alpha isn’t a foldable phone but looks like one since the display goes all the way to the back of the device. 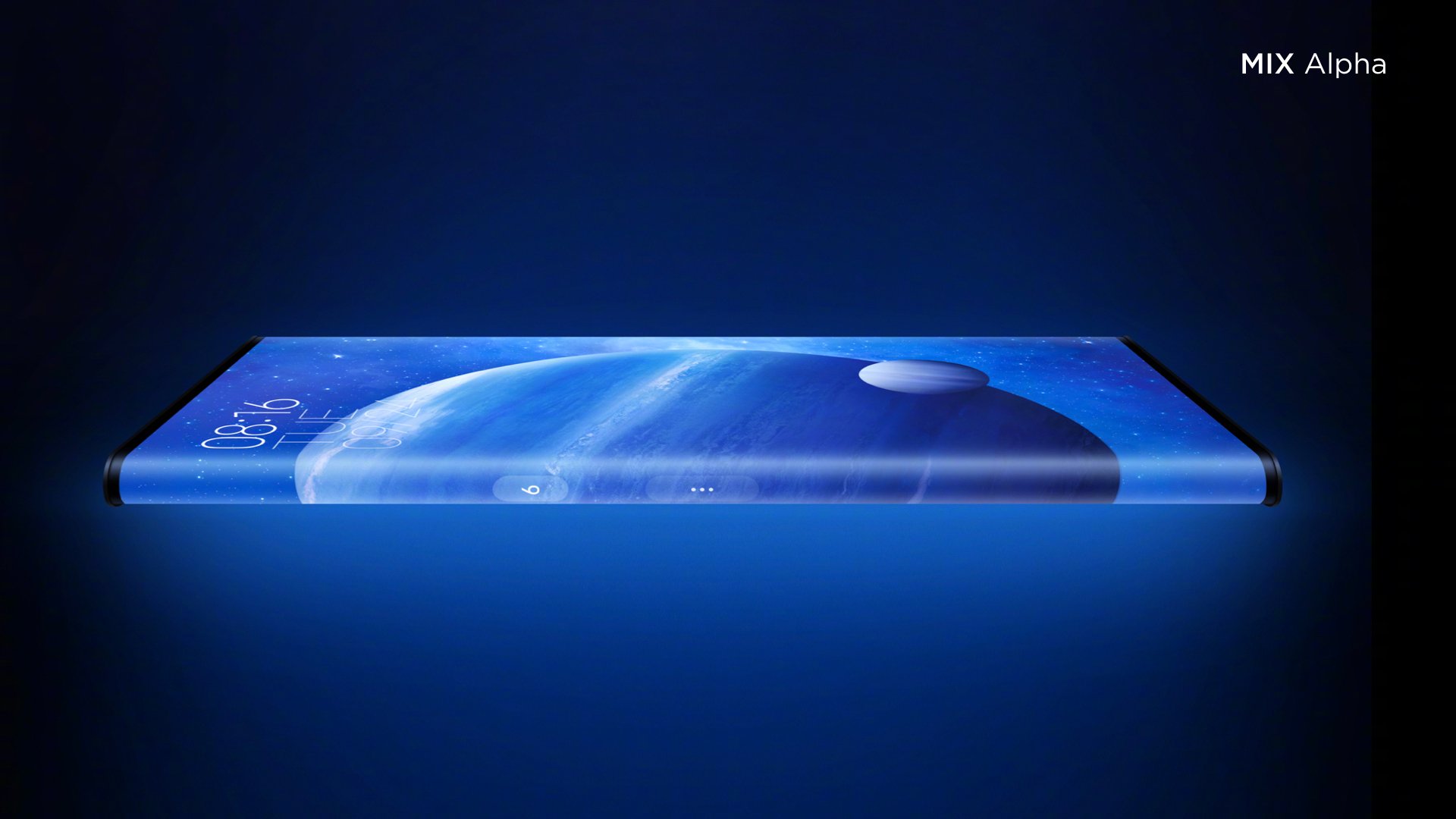 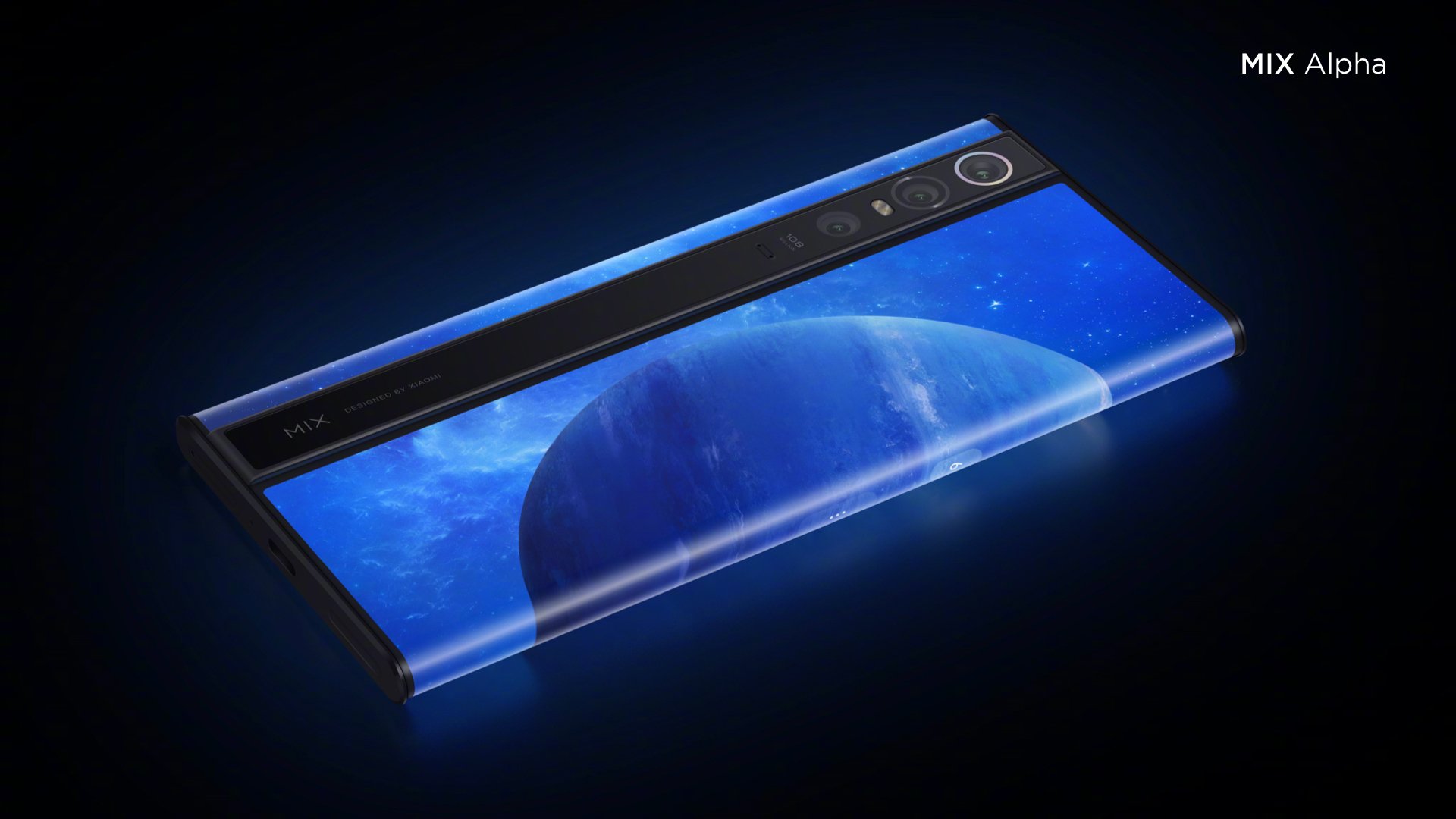 It is an absolute beauty as you can see in the press renders above. Just keep in mind that the actual phone doesn’t have those thin bezels as shown in these renders. Still, the design is something we have never seen before. A display that goes all the way to the back, so it’s a phone that is covered by the display on the outside. There is a strip on the rear that houses the triple-lens setup. 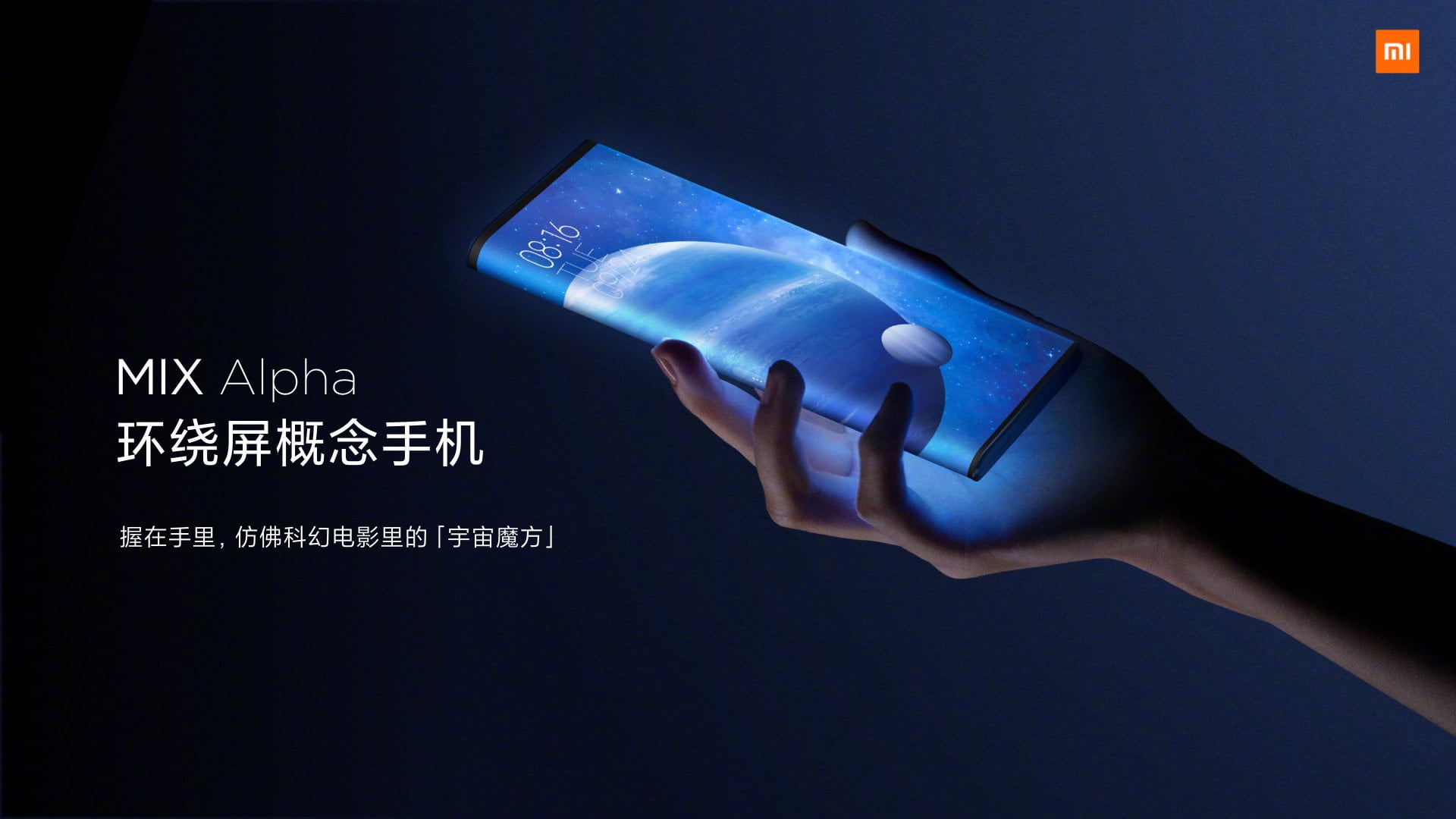 If it was a foldable phone, then this design wouldn’t have been surprising since we have seen phones like Huawei Mate X having a display that folds on the outside. But the thing is, it is not a foldable device & that’s crazy. One more thing is that there is no speaker grill, no earpiece & no buttons. The sides of the display are pressure-sensitive, so you can use the sides to control the volume or do anything that you previously used to do with physical buttons.

The build materials include titanium alloy, ceramics and sapphire, so it’s a phone with a premium & solid build.

For audio output, there is the “Display Acoustic” Technology, so the sound is emitted from the screen in the form of vibrations. Moreover, for dealing with accidental touches, there is the intelligent Palm Rejection technology because come one, when a phone has just display on the outside, accidental touches are going to be an issue. There is a Linear Motor that simulates the touch of physical buttons.

It’s not just the display that’s amazing. The Xiaomi Mi Mix Alpha is the world’s first phone to have a 108MP camera sensor. It is an absolute crazy camera sensor with a size of 1/1.33″. It can shoot photos with a resolution of 12032 x 9024. For comparison, this is even higher than an 8K resolution image. There is also 4-axis Optical Image Stabilization (OIS).

There is no front camera but who needs that when you have a display on the rear as well. So, simply flip the phone & use the rear cameras for taking 108MP selfies. On the rear, there is a secondary 20 Megapixel ultra-wide-angle camera with 117-degree FOV. Finally, there is a 12MP telephoto camera.

Performance-wise, there is Qualcomm Snapdragon 855 Plus SOC, 12GB RAM & 512GB ROM. Under the hood, there is a big 4,050mAh battery & it’s a nano silicon cathode battery that supports 40W Fast Charging as well.

Well, it is a conceptual phone from Xiaomi so it won’t be mass-produced. Also, it is the most expensive phone that Xiaomi has ever made at 19,999 Yuan or $2800+. This means it is even more expensive than phones like the Galaxy Fold & Huawei Mate X.

Still, if you think this device is perfect for you & you can spend this much for a phone, you’ll have to wait till December.