UPDATE: HERE IS ANOTHER POSTER THAT HAS LEAKED

Xiaomi Mi 10 & Mi 10 Pro are launching on February 13th, i.e., just a day before Samsung unveils its Galaxy S20 series of flagships. Yes, the launch date is now confirmed via various reliable sources. Xiaomi has already revealed two key features of the Mi 10 that are Snapdragon 865 SOC & LPDDR5 RAM. Now, the official poster of the phone is making rounds on the web that was shared on Weibo.

This poster confirms the design revealed by the live images that leaked a few weeks ago. As we can see, there is a Quad camera setup on the rear with a primary 108MP unit. There is a curved display on the front, having a punch-hole on the top left. The phone has an in-display fingerprint scanner & there is no 3.5mm headphone jack.

Well, based on all these leaks, it is safe to say that the Xiaomi Mi 10 is going to be a beast of a smartphone. Let’s see at what price Xiaomi is going to launch in the market. 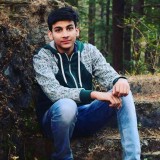