Assuming that Samsung would stick to its launch schedule, the Galaxy Note 10 is launching in August, so there are still a couple of months left for the launch. Now, there are rumors of the Galaxy Note 10 Pro as well, but nothing much is known about the “Pro” version. Today, the CAD renders of the Samsung Galaxy Note 10 were shared by OnLeaks & they reveal the design from every angle. 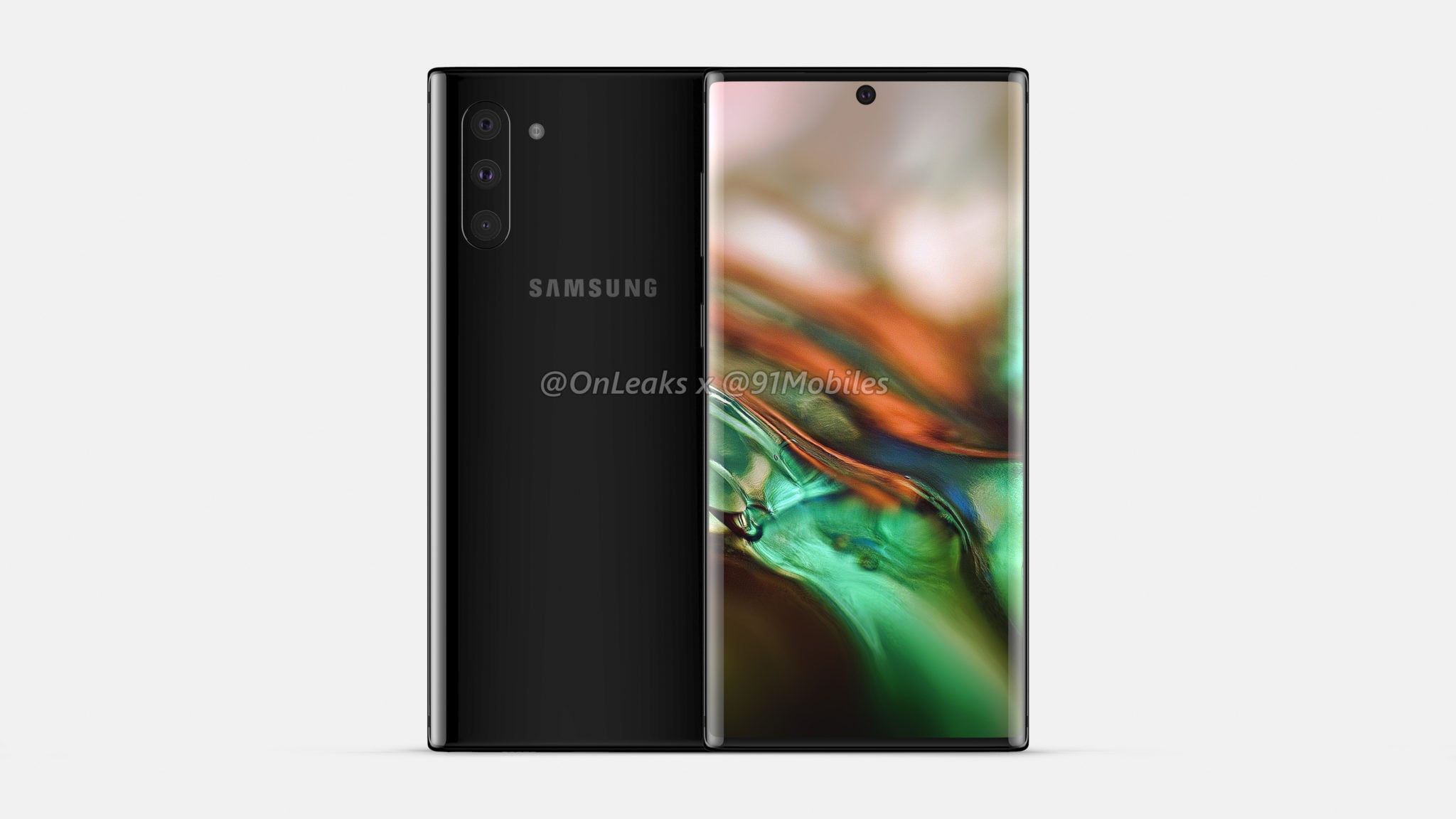 Starting with the front, the Galaxy Note 10 has an Infinity-O display like the Galaxy S10, but the cutout is placed in the middle instead of right. The bezels are now even thinner on all the four sides that make the phone look gorgeous from the front. The display is around 6.3-inch, which means it’s smaller than Note 9’s 6.4-inch panel. The dimensions are 151 x 72 x 7.9mm (8.3mm including the camera bump). 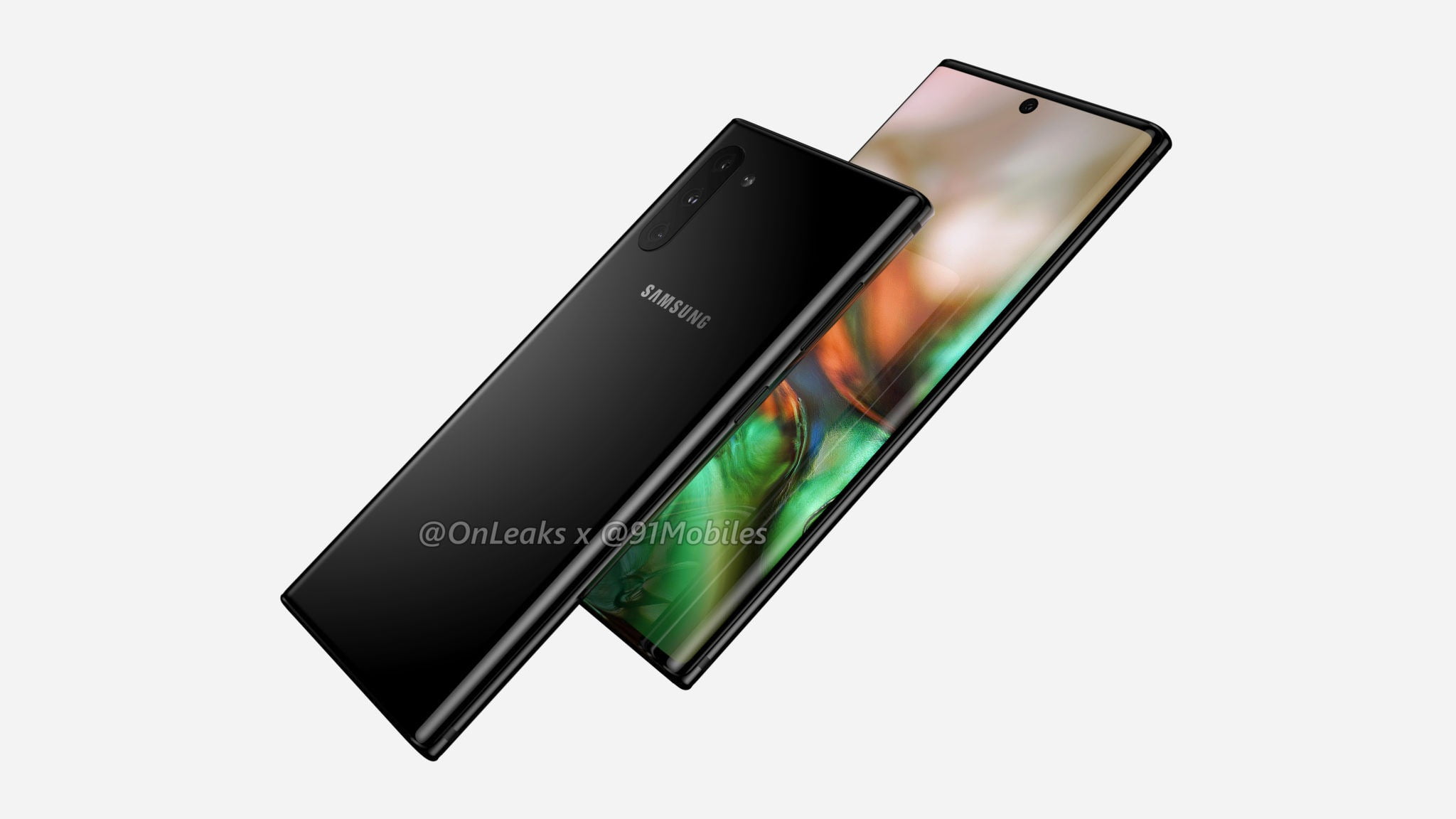 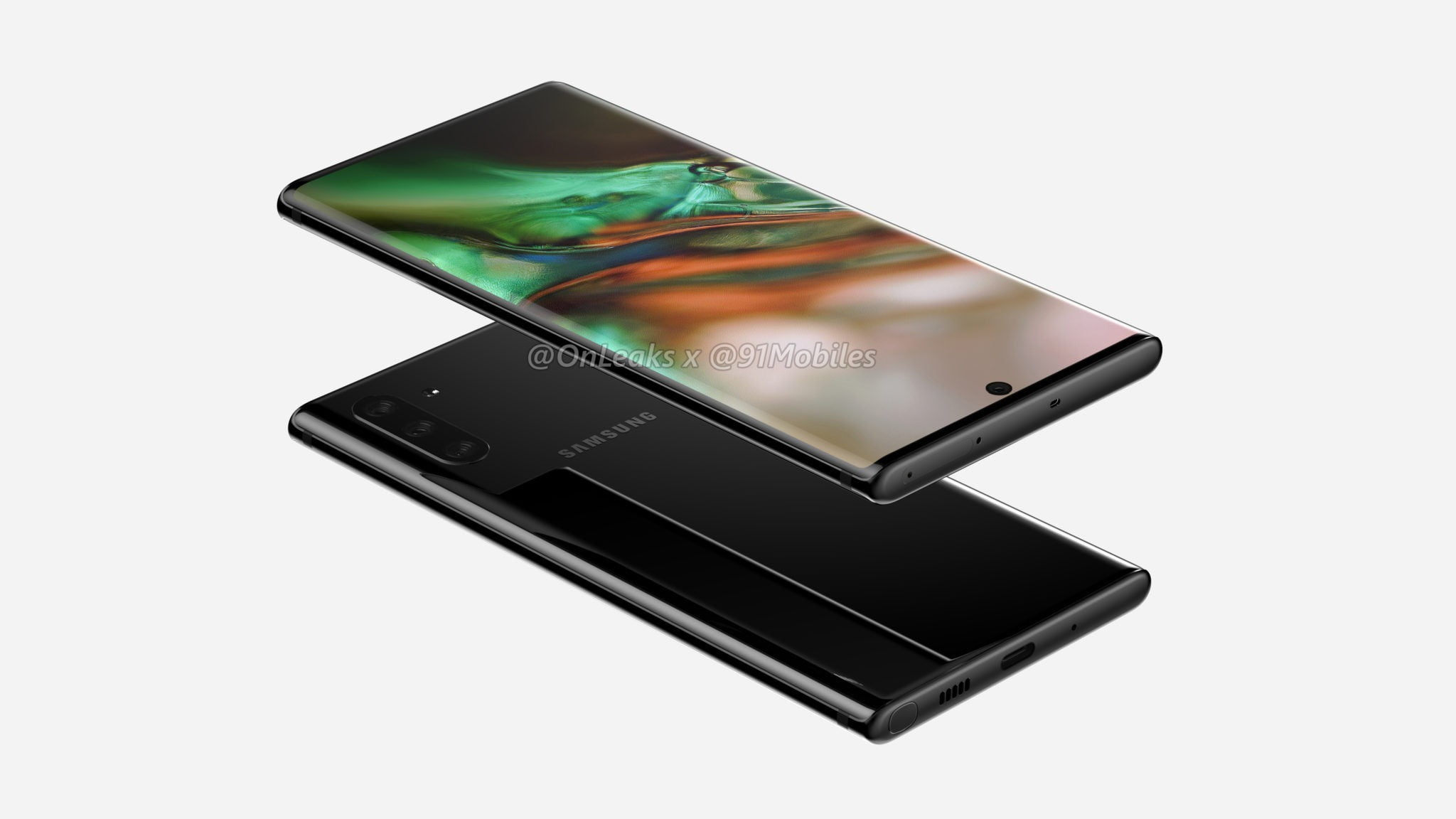 One of the biggest surprises includes the lack of headphone jack. So, the Galaxy Note 10 is the first Note series phone from Samsung that won’t feature a headphone jack. The USB Type-C port & the S-Pen is placed on the bottom along with the speaker grill.

The Samsung Galaxy Note 10 Pro is rumored to launch with a 6.75-inch screen, but nothing can be said as of now about the Pro version.