Samsung Galaxy A42 5G full specs revealed by the company

More than a month ago, Samsung announced the Galaxy A42 5G but the announcement only revealed the design & a couple of specs of the phone & we didn’t get to know the full specs. In case you missed that announcement, the Samsung Galaxy A42 5G is the cheapest 5G phone from the brand & it is launching in November in the German market for 369 Euros. 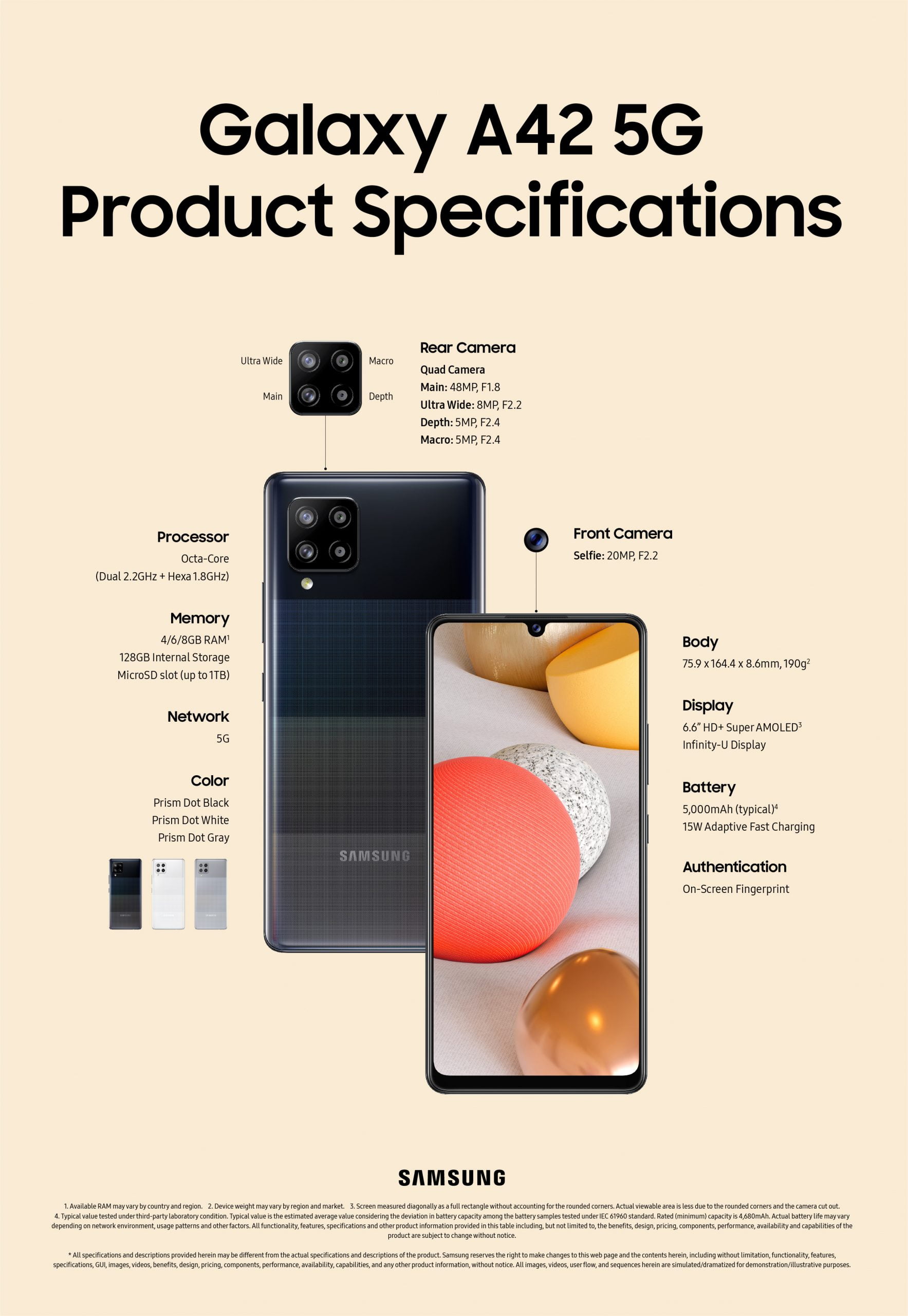 The infographic posted by Samsung on its website revealed the full spec sheet so talking about the specs, there is a 6.6-inch Super AMOLED panel on this device which, surprisingly, has 720p resolution. There is a U-shaped notch & an in-display fingerprint scanner. Under the hood, there is a 5G SOC with an octa-core CPU clocked at up to 2.2GHz.

In typical Samsung fashion, the company didn’t reveal the name of the chipset, so it is hard to say whether it is one of Samsung’s in-house Exynos chips or one from Qualcomm. It is expected that Samsung went for the Snapdragon 750G.

The Samsung Galaxy A42 5G comes with a 5,000mAh battery & support for 15W Fast Charging via the Type-C port. Finally, there is 4/6/8GB RAM & 128GB internal storage that is expandable via a microSD card of up to 1TB. The color options are named Prism Dot Black, Prism Dot White & Prism Dot Gray.