Almost a week ago, we got the specifications of upcoming Samsung Galaxy A20s & while there were some doubts regarding the authenticity of that leak, today, we can confirm that those leaked specs were indeed correct. The same tipster shared the specs today & while we don’t know what the price is going to be, expect it to start somewhere around Rs 10,000 since the Galaxy A10s recently launched at Rs 9,499 in India. 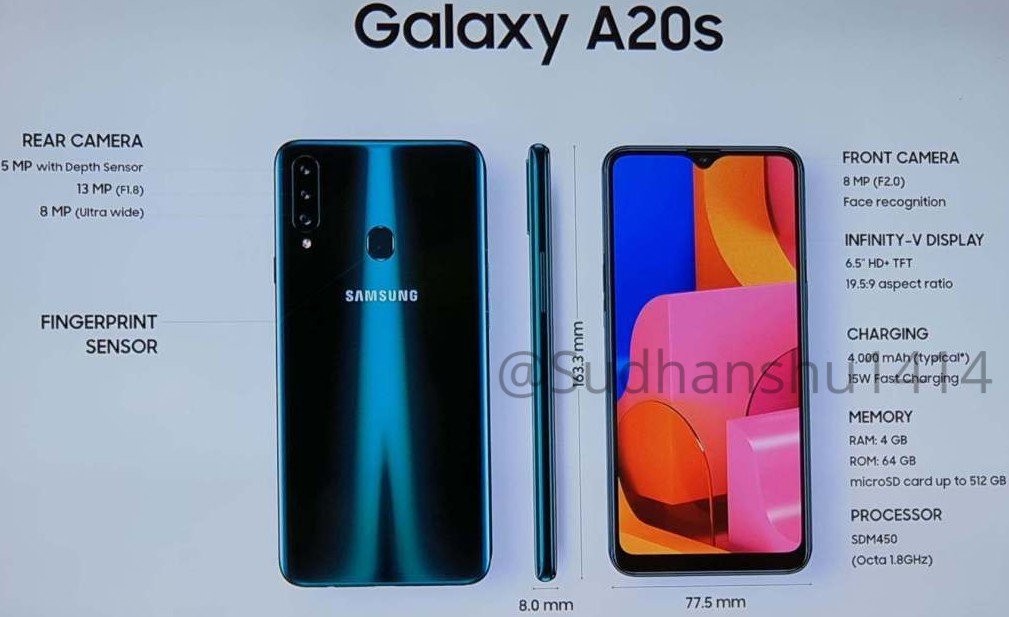 Coming to the cameras, the Samsung Galaxy A20s has triple rear cameras that include a primary 13MP f/1.8 shooter, a secondary 8MP ultra-wide-angle camera & a third 5MP depth sensor. On the front, there is a single 8MP f/2.0 camera. The phone also supports Face Recognition.

The dimensions are 163.3×77.5×8.0mm. So, talking about the differences between the Samsung Galaxy A20 & Galaxy A20s, there are now triple cameras instead of the three. The primary camera has a larger f/1.8 aperture compared to f/1.9 on A20 & there is an upgraded 8MP wide-angle camera instead of a 5MP one.

Then there is the SOC. While the Galaxy A20 featured Exynos 7884, the Galaxy A20s has Snapdragon 450. The display, battery, the design, build quality etc. are the same.