With the launch of Redmi 8A a couple of weeks back Xiaomi raised the bar since that phone comes with things like USB Type-C port, Sony IMX 363 sensor on the rear, 5,000mAh battery, 18W Fast Charging support & more. Tomorrow, Redmi 8 is launching in India & it is an upgrade over the Redmi 7. Interestingly, the Redmi 7 launched in April in India, so after just five months, Redmi is bringing its successor to the Indian market. 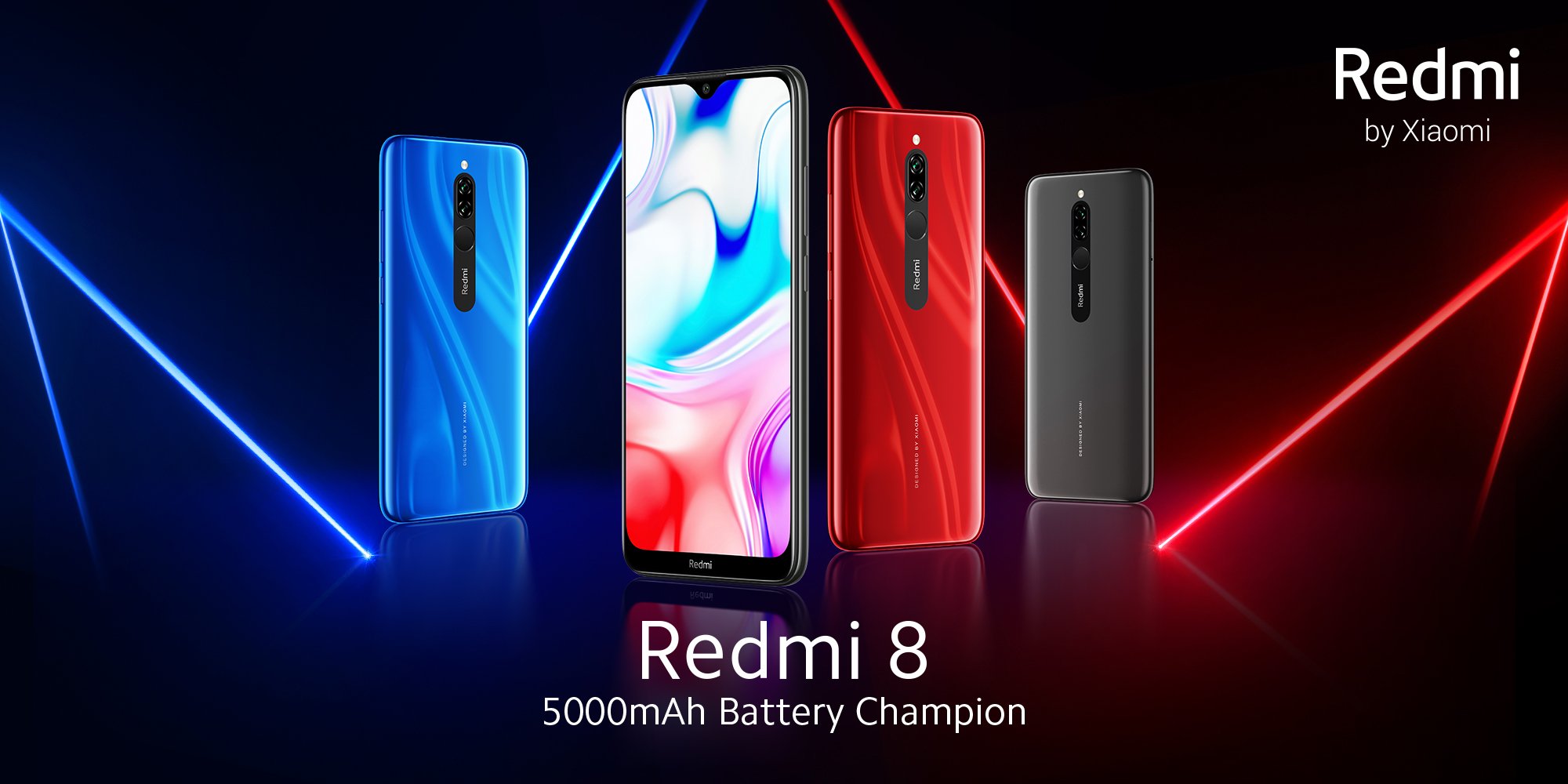 The Xiaomi Global’s Twitter page gave us a look at the phone from the front as well as the rear. As you can see, the Redmi 8 features a display with Waterdrop notch on top & a big bottom chin that has the Redmi branding. On the rear, there is a shiny finish & it is most likely a glossy plastic back instead of glass. There is a strip on the back that has the dual-camera setup on it & the fingerprint scanner.

The Unboxing & Quick Hands-On video of the Redmi 8 has already been uploaded by a YouTuber (SalimBaba Technical) that reveals the Redmi 8 has a 6.22-inch HD+ display with Dot Notch & Corning Gorilla Glass 5 protection. Under the hood, it has the Snapdragon 439 octa-core SOC clocked at 2.0GHz. It is the same SOC that powers Redmi 8A.

It is weird that while Redmi 7 launched with Snapdragon 632, the 8 is getting Redmi 439 which is surely a downgrade. There is up to 4GB RAM & 64GB ROM.

On the rear, there is a primary 12 Megapixel camera & a secondary 2MP depth sensor. Since Redmi is teasing a flagship camera sensor, it is most likely the Sony IMX 363 that we have on Redmi 8A as well. On the front, there is an 8MP selfie camera.

There is a 5,000mAh battery that charges via USB Type-C port & there is Qualcomm Quick Charge 3.0 support, so this means it supports 18W Fast Charging. But, in the box, you will likely get a 10W charger.

While the Indian price in unknown, the Redmi 8 could be priced at Rs 7,999 in India. What do you think of the specifications & the design of the phone? Do let us know via the comments section.