Redmi launched a new budget phone in India today, the Redmi 7A. The company launched this device in China last month & now, the phone has arrived in India. The price starts at Rs 5,999 (Rs 5,799 for July under the Introductory offer) and at this price, you’re getting an octa-core Snapdragon 400-series processor, a big 4,000mAh battery, impressive 12MP Sony IMX 486 camera sensor on the back & more.

The design of the 7A isn’t anything extraordinary. There is a normal 18:9 HD+ panel on the front with huge bezels all around. The screen doesn’t have any kind of Gorilla Glass protection. It is a 5.45-inch panel with a resolution of 1440 x 720 & 1000:1 contrast ratio. 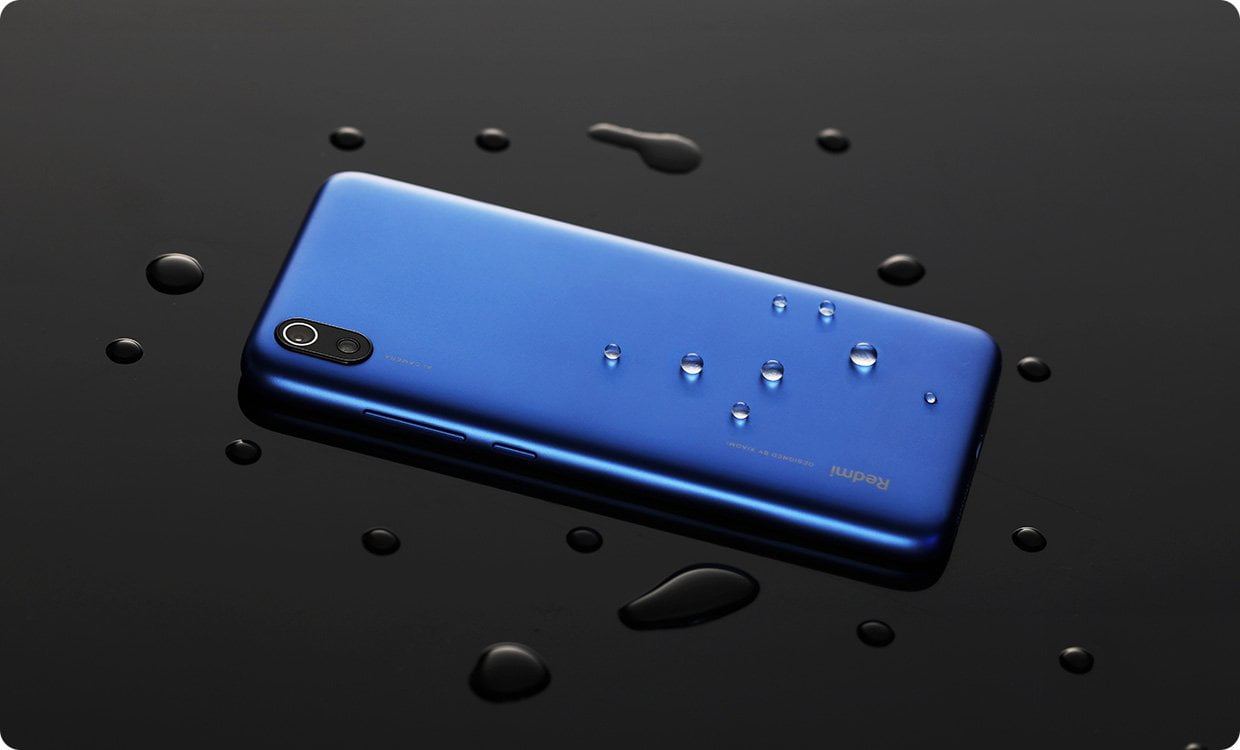 The Redmi 7A has a unibody polycarbonate build & there is no fingerprint scanner on the phone. There is a single rear camera. Also, the phone features a splash-proof nano-coating, which means regular spills won’t affect the device. But don’t try to take it for a dip in the water. That would be a terrible idea. It is just for reducing the corrosion caused by common liquids like oil, sweat, etc.

There is a triple card slot & the phone has a micro USB port on the bottom.

The processor powering the Redmi 7A is the octa-core 2.0GHz Snapdragon 439 that comes with the Adreno 505 GPU. It is a 12nm processor which means it is more power efficient than the previous 14nm 400-series processors. As for memory, there is 2GB RAM and 16/32GB storage. As mentioned above, the triple card slot means that you can add two SIM cards and a micro SD card at the same time. The memory is expandable up to 256GB.

One of the highlights of the phone is its camera, the rear camera to be specific. There is a single 12MP camera, but it has the Sony IMX 486 sensor, the same camera sensor that’s present on the phones like Xiaomi Mi A2, Zenfone Max Pro M2, etc. The rear camera features include AI Beautify, Face recognition, f/2.2 aperture lens, PDAF, Auto HDR, etc.

On the front, there is a single 5MP camera with features like AI Background blurring, AI Beautify, and Face recognition.

The battery under the hood is a big 4,000mAh unit which, combined with the HD+ screen & 12nm processor, is more than enough to last a full day on normal to medium usage.

Well, that’s the whole package you’re getting. The phone comes in two variants & here is the pricing –

July 2019 means Xiaomi completed five years in the Indian market. So, the company is offering a Rs 200 discount for July on both the variants. Again, it’s for July only.

The color options are Matte Black, Matte Blue & Matte Gold. You can buy the phone from Mi.com, Flipkart & Mi Home, starting July 11. And there is a 2-year warranty with the phone.