Last month, Realme 7 launched in Europe, starting at €179. For that price, the phone packs the Helio G95 SOC, a 90Hz LCD, 30W Fast Charging, 48MP Quad cameras & a 5,000mAh battery. Today, Realme launched the 5G version of that phone in Europe & one of the highlights of Realme 7 5G is the MediaTek Dimensity 800U 5G chipset. This marks the global debut of the Dimensity series of chipsets from MediaTek so now we will see a lot of affordable 5G phones launching in the future. In fact, Realme 7 5G is now the most affordable 5G phone that you can get in Europe, priced at £279.

Also, if you buy the phone anytime from November 27 to November 30, you get a £50 discount, bringing the overall price down to £229! 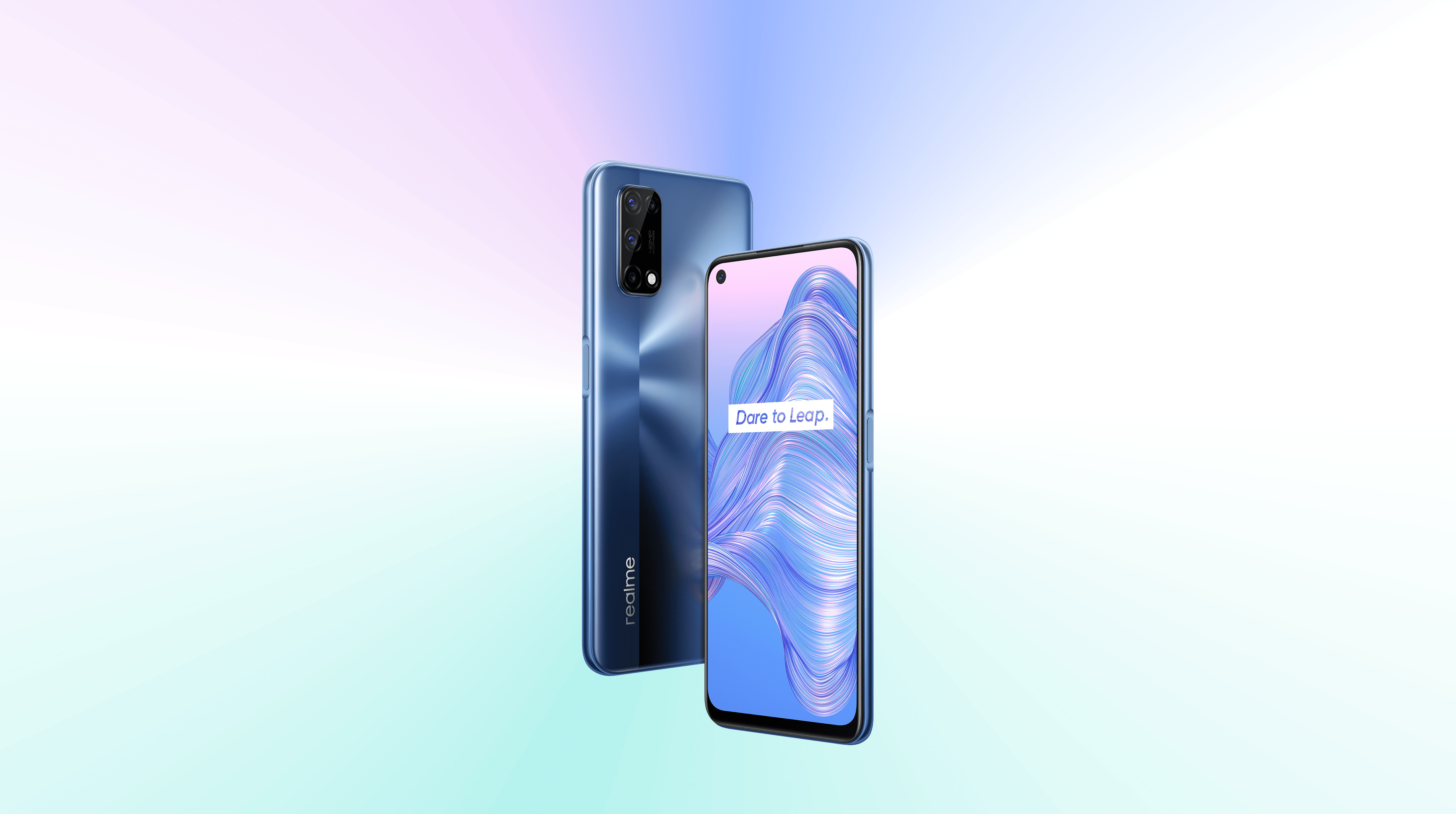 Comparing the design to that of Realme 7 4G, the 5G version brings a slightly different camera module design, but except that, there is no change. There is the same single hole-punch cutout on the front for the selfie camera & a side-facing fingerprint scanner. There is a USB Type-C port on the bottom along with the 3.5mm headphone jack. Realme launched the phone in only one color option named Mist Blue.

Speaking of the specs, the Realme 7 5G comes with a 6.5-inch Full-HD+ LCD just like on the Realme 7 4G, but there is an upgrade in terms of the refresh rate, which is now 120Hz compared to 90Hz. The phone packs a big 5,000mAh battery along with support for 30W Fast Charging via the Type-C port. In typical Realme fashion, the fast charger is provided in the box. Android 10 runs out of the box with Realme UI on top.

The Quad camera setup on the rear includes a primary 48 Megapixel camera paired with an 8 Megapixel ultra-wide-angle camera, a B&W Portrait Lens & a 2MP Macro camera. There is support for 4K 30fps video recording & on the front, Realme 7 5G has a 16 Megapixel selfie camera.

Under the hood, there is the MediaTek Dimensity 800U SOC that includes an integrated 5G modem & powerful CPU & GPU combination. Realme says that on AnTuTu Benchmark, the phone scores over 340,000, which is the highest score by any phone on AnTuTu in this price segment. There is 5G + 5G Dual SIM, Dual Standby (DSDS) support as well.