A couple of days are now left for the launch of Realme 5 series & if you don’t know, the Realme 5 & Realme 5 Pro are coming with Quad Cameras & aggressive pricing. We already know that Realme 5 has Snapdragon 665 & will be priced under Rs 10,000, which is mind-blowing. Now, the first hands-on image of the Realme 5 Pro has leaked via Weibo that reveals something interesting.

That’s normal because Realme has to cut some corners in order to launch this device at a super aggressive price tag. The Realme 5 Pro showed up on Geekbench recently with Snapdragon 710 SOC, but some sources claim that there is Snapdragon 712. There isn’t much of a difference between Snapdragon 710 and 712 except for the fact that the latter has clock speed up to 2.3GHz compared to 2.2GHz of the former. 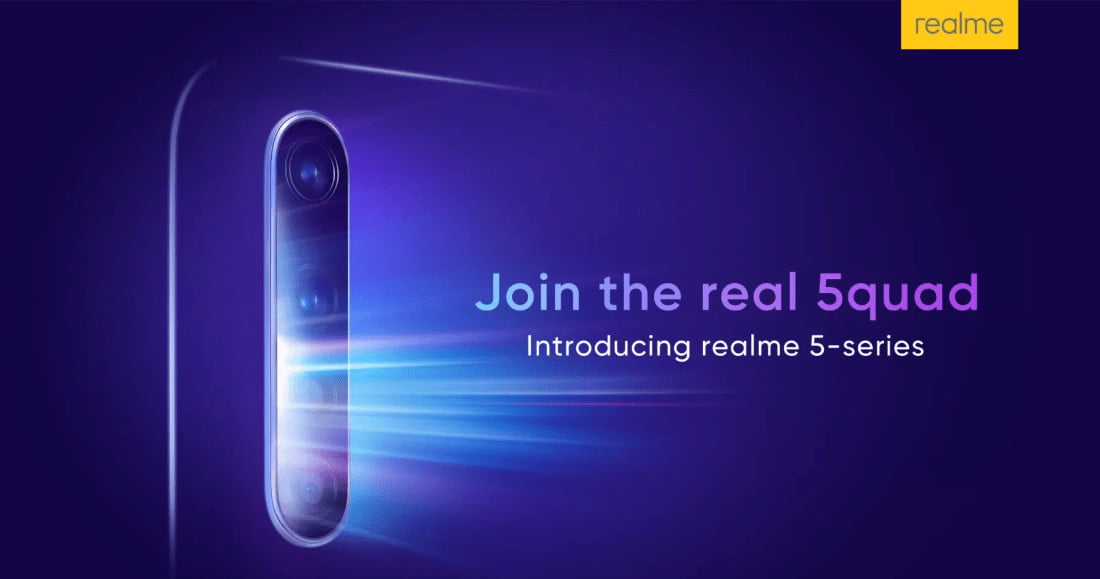 We know that Realme 5 Pro has a Quad Camera setup on the rear that includes a primary 48MP Sony IMX 586 sensor, a secondary ultra-wide camera, a third Macro camera & a fourth Depth Sensor. There is a waterdrop notch on the front for sure since adding a pop-up camera adds to the overall cost & this will also affect the sales of Realme X.

The launch is happening on August 20 in India.