In February, Vivo showcased the Apex, a concept phone with a pop-up mechanism for the front-facing camera, so that there is more screen on the front without any need to add a notch. The company launched the Vivo NEX recently, which is a phone based on the same concept and hence, features a pop-up front camera. Oppo went a step further with its Find X, by adding a pop-up mechanism for the front as well as the rear cameras. This is a very interesting concept, and we can expect to see phones with the similar design language as the Oppo Find X in the future. Smartphone manufacturers are trying to find ways to increase the screen-to-body ratio without the implementation of a notch. So, for an all screen design on the front, there needs to be some design implementation for the front-camera or the earpiece and the sensors.

The Oppo Find X, with its single pop-up mechanism for the rear and front cameras, might be one of the unique phones of 2018. Just like the Vivo Nex, this pop-up mechanism is motorized, and the company claims that when needed, it can pop-up in merely half a second.

There is no fingerprint scanner on the rear or under the display. So, the Face Unlock is the only way to secure the device. Every time the power button is pressed, the camera mechanism pops-up in half a second, scans the face and after the scan is done, it slides back in. For more accurate scanning, there is 3D Facial Scanner embedded in the same pop-up mechanism that houses all the cameras. 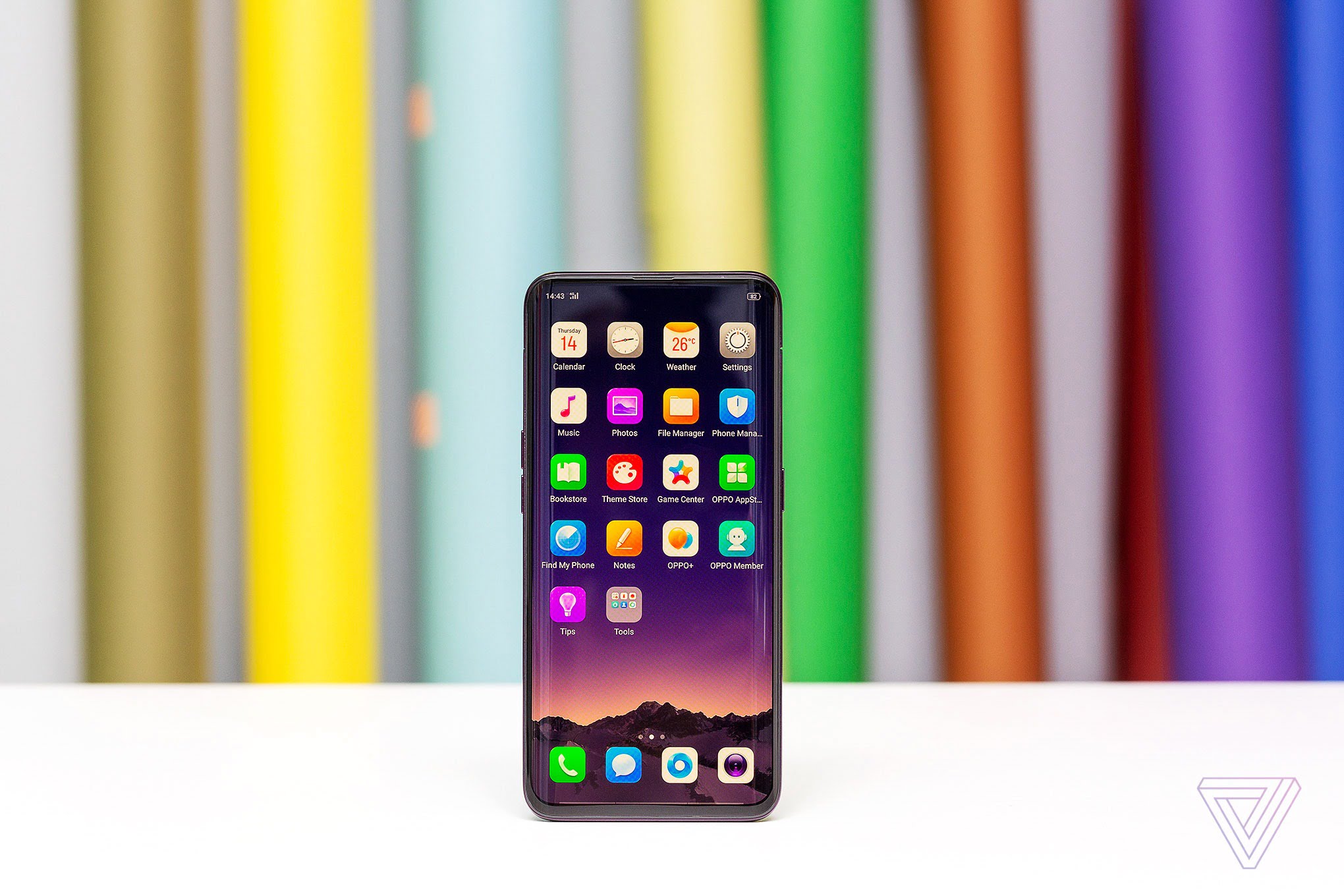 All this is done to have more screen on the front. Oppo says that the Find X has a screen-to-body ratio of 92.25% and thanks to the pop-up mechanism, there is no notch at all. The display is curved on both sides, just like Samsung’s high-end phones but it is not a QHD panel. The Oppo Find X features a 6.4-inch OLED Panel, and as expected, the bezels are pretty thin on all the sides (There is still a chin on the bottom, but it is also smaller than all other Android phones). Talking about the cameras, there is a dual rear camera setup that includes a primary 16MP camera and a secondary 20MP camera. On the front, there is a 25MP camera for nice selfies. It’s a high-end device from the company so, the Qualcomm Snapdragon 845 chipset is powering it, along with Adreno 630 GPU, 8GB RAM, and storage up to 256GB. Unlike the Vivo Nex S, which packs the headphone jack, the Oppo Find X doesn’t. There is only the USB Type-C Port, and that’s present on the bottom, along with the SIM card tray and the speaker grill.

Talking about other specifications, there is a 3,700mAh battery under the hood, along with the Oppo’s VOOC fast charging support (This is the same technology used in Dash Charging by OnePlus). Android 8.1.0 Oreo runs out of the box with the Color OS Skin on top. The dual SIM Oppo Find X supports Global LTE Bands, which is again a good thing. In fact, the Oppo Find X is the first smartphone from the company that is going to be sold in North America and Europe.

The Oppo Find X is priced at €999 and the device will be available to buy starting August.