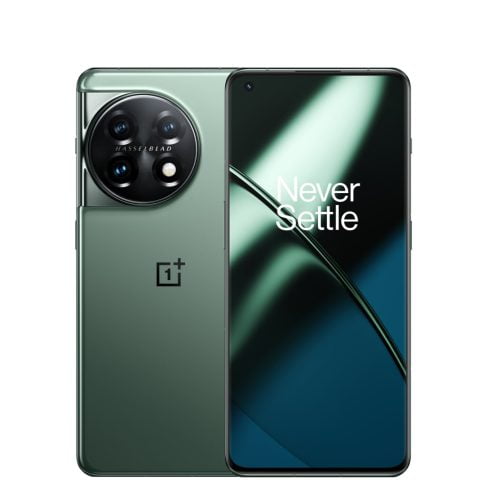 OnePlus 11 is now official in the Chinese market, and this is the company’s premium flagship for the first half of 2023. In case you missed it, the global launch is scheduled on February 7. The phone was launched at ¥3999 in China, which translates to around $581. For comparison, the OnePlus 10 Pro launched at $899. But one thing to remember is that the OnePlus 11 is not a direct successor to the 10 Pro. It misses out on some things that the 10 Pro had, which we will discuss later in the article.

Design-wise, the OnePlus 11 has a different camera module design than the 10 Pro. The company says this design is inspired by the design of “Black holes” in science fiction movies. There is a circular camera module with a triple camera setup along with the LED flash and Hasselblad branding. Like the OnePlus 10 Pro, the camera module extends from the phone’s frame, and while the back has a matte/sandstone finish, the area around the camera module has a glossy finish.

On the right side, there is an alert slider along with the power button. The frame is made of an aluminum alloy, whereas the back has glass.

The phone has a “Bionic Motor” inside, which the company claims to be the best among Android smartphones. Compared to the OnePlus 10 Pro, the motor is 67% larger at 602mm³. There are stereo speakers with Dolby Atmos and a 10% loudness improvement over the last generation.

For better thermals, there is an Aerospace-grade diamond heat dissipation system with VC Liquid cooling, a high-performance graphite heatsink, and more.

Under the hood, the OnePlus 11 has the Snapdragon 8 Gen 2 SOC, with up to 16GB LPDDR4X RAM and 512GB UFS 4.0 storage. One thing to note is that the base variant has 12GB RAM, at least in the Chinese market.

OnePlus 11 has a 5,000mAh battery and supports 100W fast wired charging, which can charge the battery up to 50% in just 10 minutes. It takes only 25 minutes for a 100% charge. The phone does not support Wireless charging, something the OnePlus 10 Pro had. Moreover, there is no IP67 or IP68 rating. The Type-C port is also the older USB 2.0 port.

The OnePlus 11 has a 6.7-inch Samsung AMOLED display with a Quad-HD+ resolution, LTPO 3.0, 1-120Hz adaptive refresh rate, 525PPI pixel density, 1300 nit local peak brightness, Dolby, and Vision. The fingerprint scanner is placed under the display, and the panel is protected with Gorilla Glass Victus.

OnePlus 11 comes in two colors, and here is the pricing –