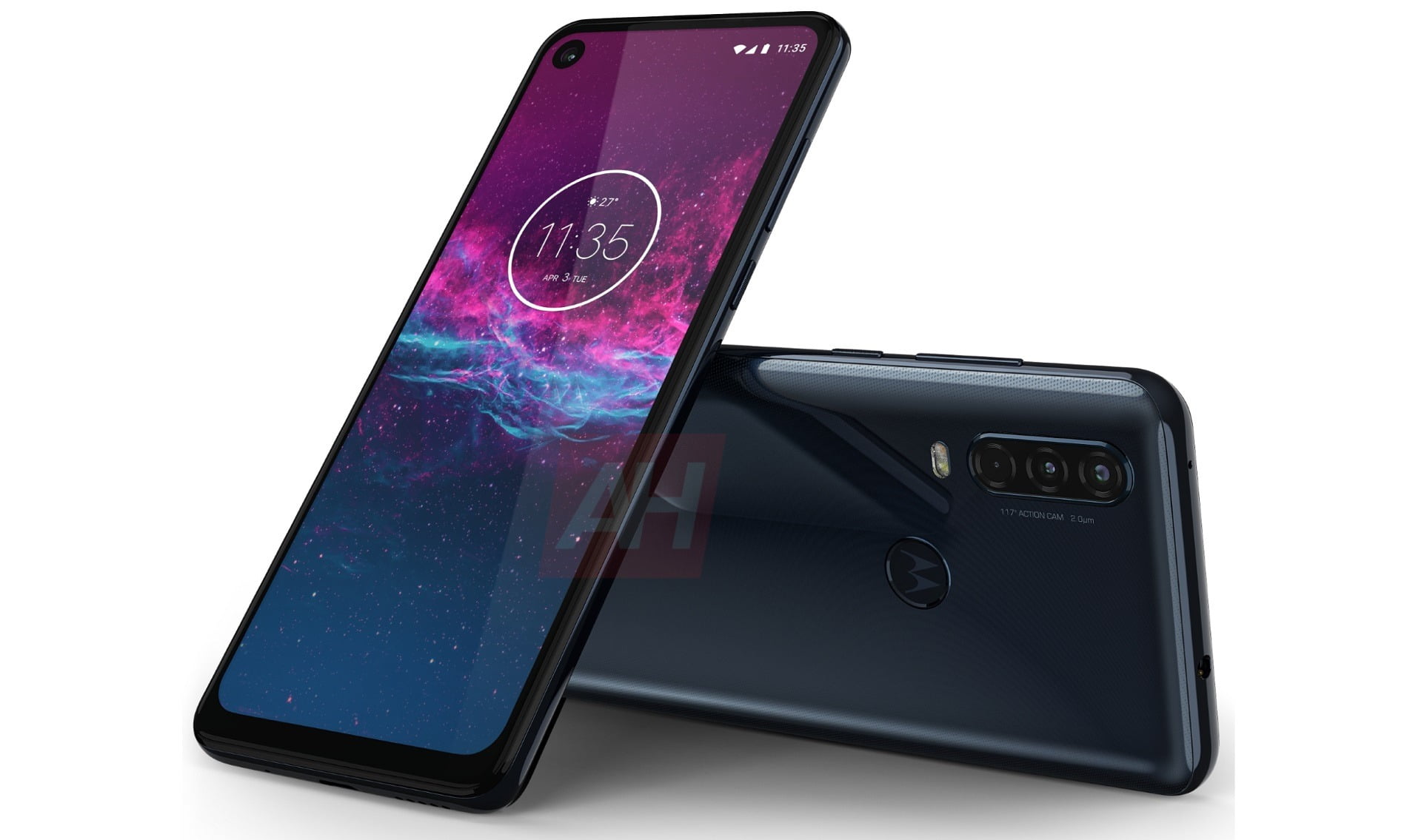 Now, the official press render of the phone leaked that confirmed all these details.

91Mobiles obtained this press render & as we can see, there is a vertical triple camera setup on the rear along with a fingerprint scanner. Now, based on the render itself, it is hard to say if there is a glass back or a glossy plastic back. It does look like if there is glass on the rear & a metal frame. But, nothing can be said about the design by only looking at the render.

Anyways, there is a hole-punch display on the front & as per previous information, the phone has a 21:9 display like the Motorola One Vision. It is a 6.3-inch Full-HD+ LCD panel with a resolution of 2,520 x 1,080p. The USB Type-C port & speaker grill is placed on the bottom.

So far, we know that the Motorola One Action is powered by the Exynos 9609 processor & has 3/4GB RAM along with 32/64/128GB storage. On the front is a 12.6MP single camera placed in that circular cutout. There is a primary 12.6MP rear camera coupled with what looks like an ultra-wide-angle camera (Due to that “Action Cam” branding) & maybe a depth sensor. There is a 3,500mAh battery underneath.