Huawei has already announced that it will launch a Foldable smartphone at the Mobile World Congress on February 24. So far, we have only seen a glimpse of it in the official teaser, but today, the official poster revealed the design of this foldable device from Huawei. This design shows that this foldable phone from Huawei is different from the Samsung Galaxy Fold. 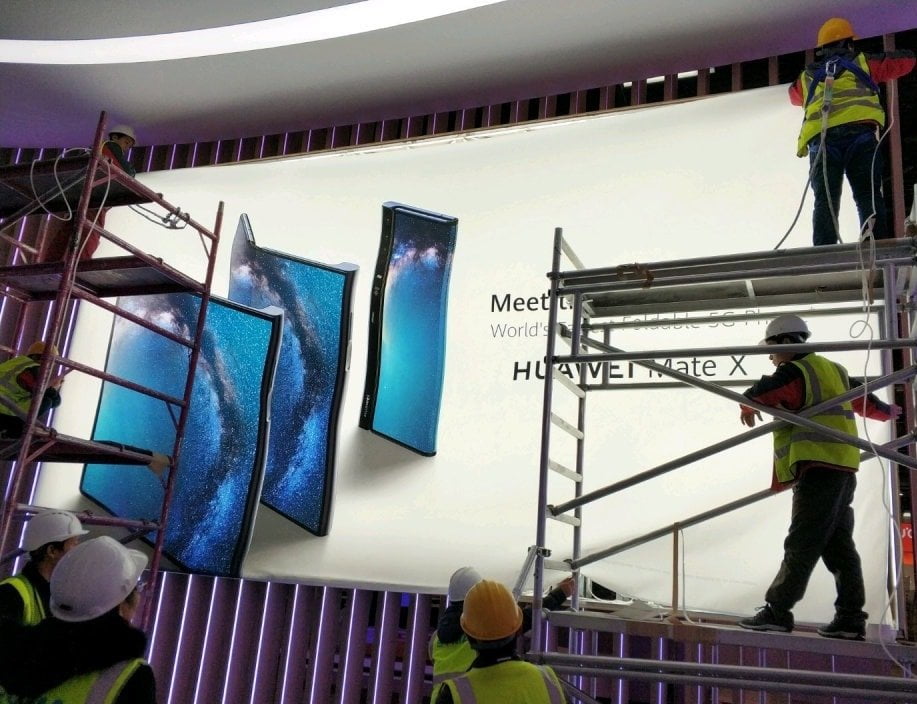 As you can see in the image above, the device will be launched as Huawei Mate X, and it has a side-facing fingerprint scanner. There are triple cameras, and that’s it. We cannot spot any other camera in the image. How this phone works is also quite interesting. So, there is a big display, and it can be used as a normal tablet. But, to use it as a phone, the user can fold it from the center, and that’s it. It’s now a compact phone with a weird aspect ratio.

One thing that’s worth mentioning is the fact that there is no notch or cutout like the Galaxy Fold and also, the Huawei Mate X has a bezel-less design, so there are minimal bezels all around unlike the Fold.