A few days back the Honor 30S launched in China with the Kirin 820 5G SOC and Quad rear cameras but that is the cheapest phone among the three under this ’30’ series from the company. The flagships are yet to launch on April 15th & they’re named Honor 30 & 30 Pro.

Now, an image shared by GSMArena has revealed the camera setup design and also confirmed the presence of a 50 Megapixel Sony IMX700 sensor. 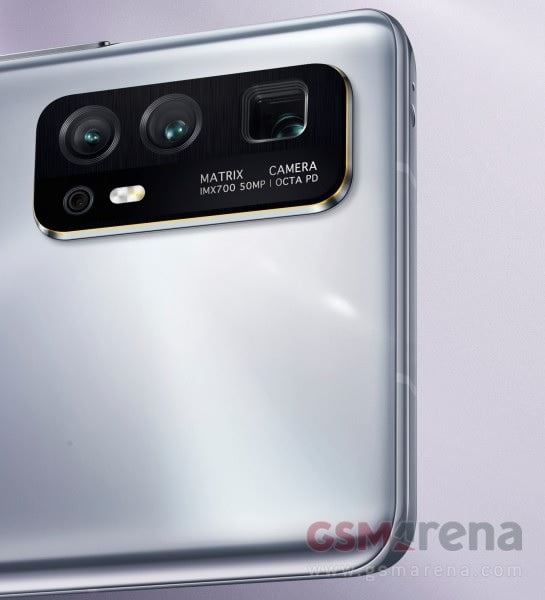 The Sony IMX700 is the largest Sony sensor for any smartphone as it is a 1/1.28″ sensor. This means the primary camera is the same as the one on Huawei P40 Pro. There is also a periscope-style telephoto camera on the phone which means there is at least 5X Optical Zoom. The text on the camera module also says “Octa PD”, which means there is ‘Octa PD Autofocus’ like the Huawei P40 Series.

While the specifications are unknown as of now, it won’t be a surprise if the Honor 30 Series launches with the Kirin 990 5G SOC. We are also expecting high-refresh-rate OLED panel.