In September, a report revealed that PUBG Mobile had over 20 Million daily active users globally. Now, that’s a massive number, especially when you talk about Mobile gaming. PUBG was already doing great on PC but the moment company brought it to Mobile, it completely changed the way we used to game on our phones.

Yes, there might be other similar games available for phones like Fortnite, but those require some really good hardware to run smoothly. That’s not the case with PUBG Mobile as a sub $200 phone can also run it easily on low settings (Just the processor needs to be decent).

Well, if you aren’t a kind of guy who likes to play on a smartphone, then you can try to Play PUBG Mobile on PC. We all know what Emulators do, right? Well, they let you play or run Android games and apps on a PC. When it comes to Android games, it is very important to use an Emulator that can run that game smoothly. Sometimes, even if you have a PC with good specifications, a bad emulator ruins the whole gaming experience. You can Frame Drops, Lags, and other issues with it.

WHICH IS THE BEST PUBG MOBILE PC EMULATOR?

Winner Winner Chicken Dinner. Every player who jumps in a match in PUBG wants to get it in the end. But, when your game is lagging despite having a good PC, then you know that something is wrong with the Emulator itself. So, which is the best PUBG Mobile Emulator?

You knew it was coming, right? Even if you didn’t, then this is the Emulator from the company that made PUBG, i.e., Tencent. This is the official PUBG Mobile Emulator and is optimized to give the best possible experience while playing PUBG Mobile on PC.

In other emulators, you might need to set the keys for every button on the screen. That’s not the case with Tencent Gaming buddy since everything is done already. You even have control over the overall display settings of the game since this emulator provides settings like Rendering, Anti Aliasing, Processor, Memory, Gaming Resolution and more.

In short, the Tencent Gaming Buddy is the Best PUBG Mobile PC Emulator that you can try right now.

While the Tencent Gaming Buddy is made exclusively for PUBG Mobile, there is NOX Player that, according to some, is one of the Best Android Emulators for PUBG Mobile as well as other Android games and apps. The emulator comes with minimal design, exclusive skins, supports script recording, gamepad, keyboard and more. The emulator is still based on the old Android 4.4.2 and 5.1.1, but as per the developers, it is stable and fast.

Well, you should look at NOX Player only if Tencent Gaming Buddy doesn’t work on your PC or is giving any issues. You got the point, right? 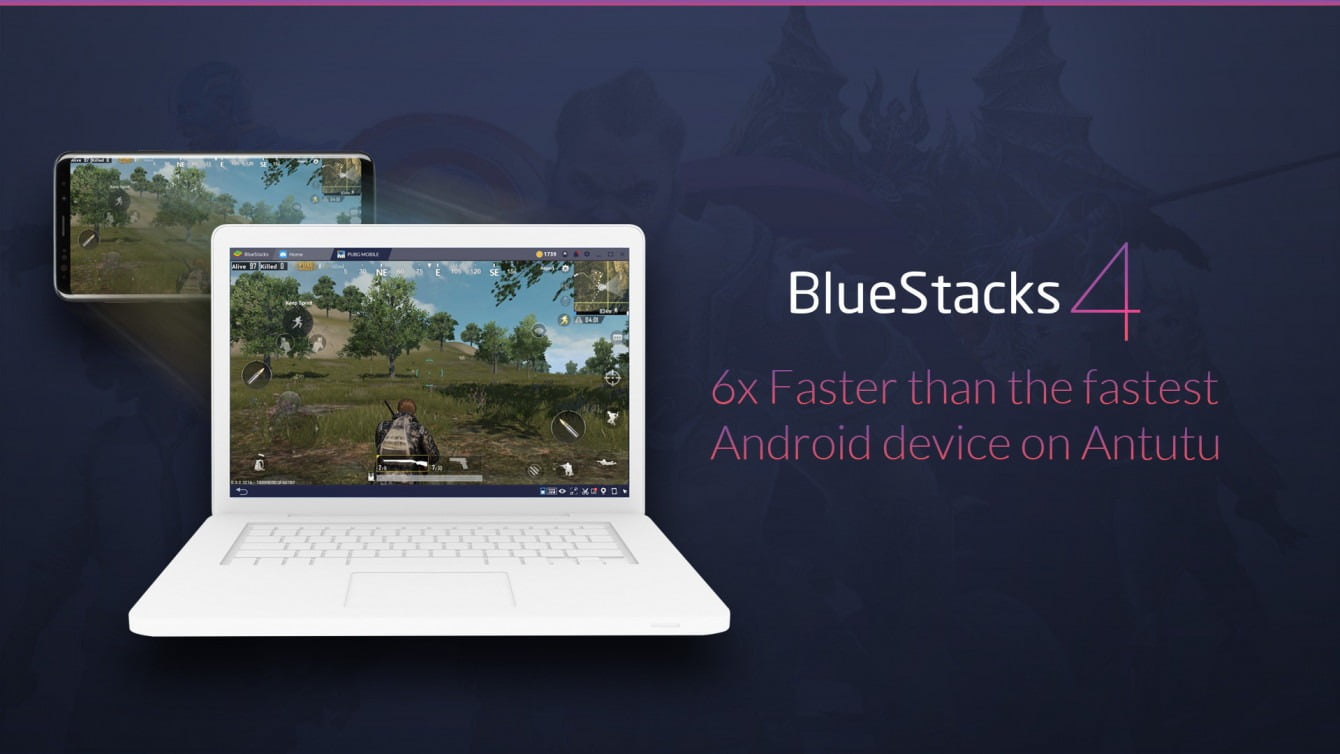 This is arguably the most popular name among Android Emulators for PC. Bluestacks is there for a long time, and we have seen it evolve from a laggy Emulator to a buttery smooth one. Unlike NOX Player that uses old Android Kitkat and Lollipop, the Bluestacks Emulator is based on Android 7.1.2 Nougat, has Hyper-G Graphics and AI Driven resource management (Even we don’t know what these terms mean).

You know Bluestacks is one of the best Android Emulators for PC when we talk about over 300 Million users in over 212 countries. The latest version brings some great improvements in the performance. The company even claims that the latest version is 6X Faster than the Galaxy S9+. Wait, seriously?

Compared to the old Bluestacks 3, the Bluestacks 4 is 8X Faster. Some extra features like Playing multiple games from multiple Google Play Accounts at once, Playing the same game from Multiple accounts etc. make it a pretty unique Android Emulator for PC.

MEMU is yet another PUBG Mobile PC Emulator that the developers claim to be the fastest. The emulator gets some constant updates, and at the time of writing this article, the latest version is 5.6.2. There is a dedicated PUBG Keymapping mode that lets you map various Keyboard keys to buttons on the screen.

The moment you start PUBG Mobile, the Keymapping Mode will be triggered automatically. Well, it seems like a pretty neat feature. You can change graphics settings from the Emulator’s settings to ensure smooth performance. 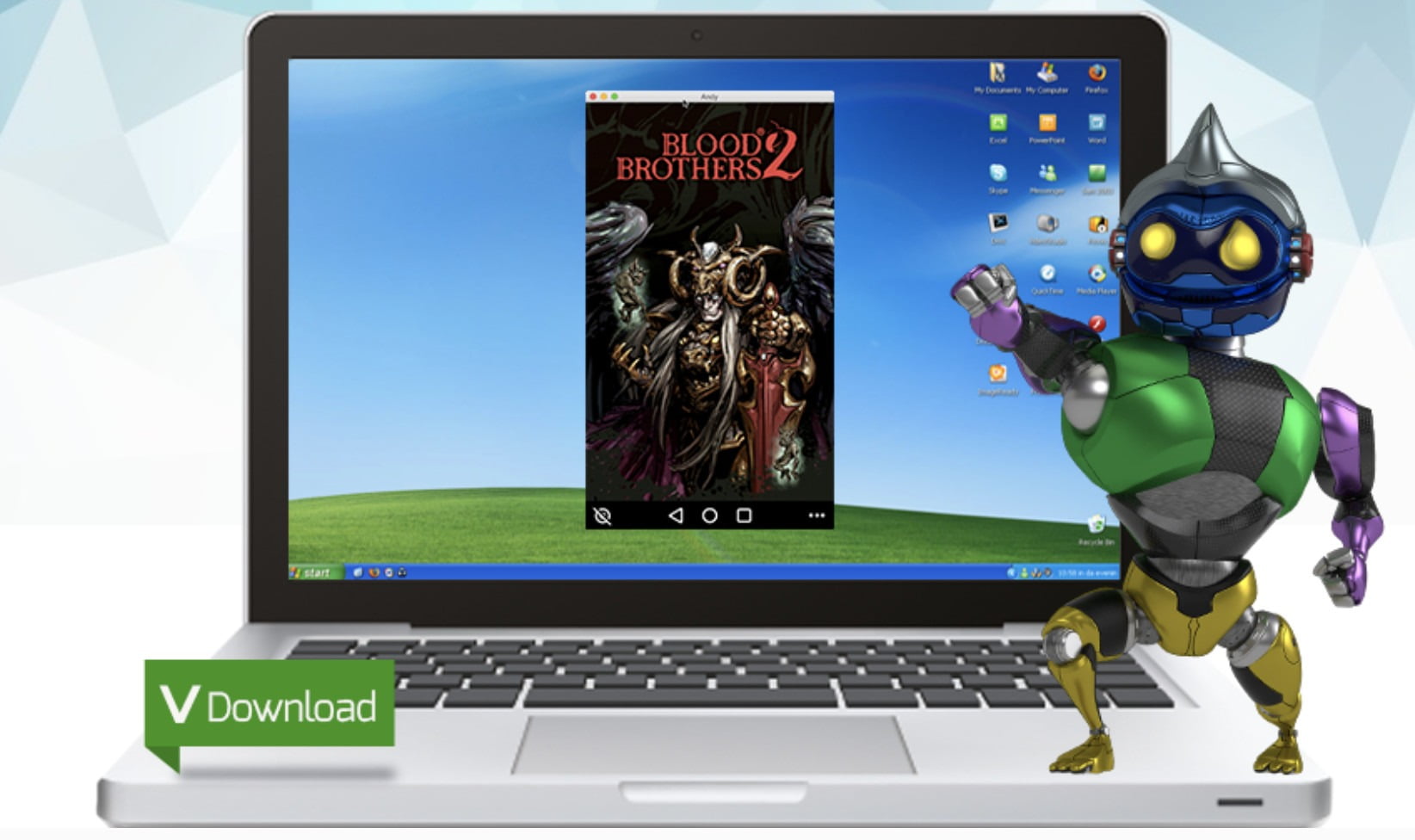 Andy is an Emulator that is also quite famous due to the vast set of features that is offers. Still, we will suggest you try it only if none of the above emulators if working perfectly on your system. Andy comes with features like App Sync to Mobile, Phone as Controller, Cloud Save in Android, ARM support, X86 Native apps, Sensors Integration, OpenGL Support and more. And yes, all this is free.

Well, that marks the end of the list of 5 Best PUBG Mobile Emulators for PC. Still, if there are other emulators on the internet that you think are better than the ones listed above, then make sure to let us know via the comments section below. If you are facing any issues like Lag or Frame Drops while using any emulator, contact us as we will suggest you the best possible settings for the best experience while playing PUBG Mobile.

It’s time for getting a Chicken Dinner!