Huawei has planned to launch the Mate 30 Series on September 19 in Europe as per the sources & like always, we are going to get some really amazing phones from the brand.

It is already confirmed that on September 6th, Huawei will launch the Kirin 990 SOC that is going to power the Mate 30 Series. It is expected to support 5G & will be based on the 7nm EUV process. 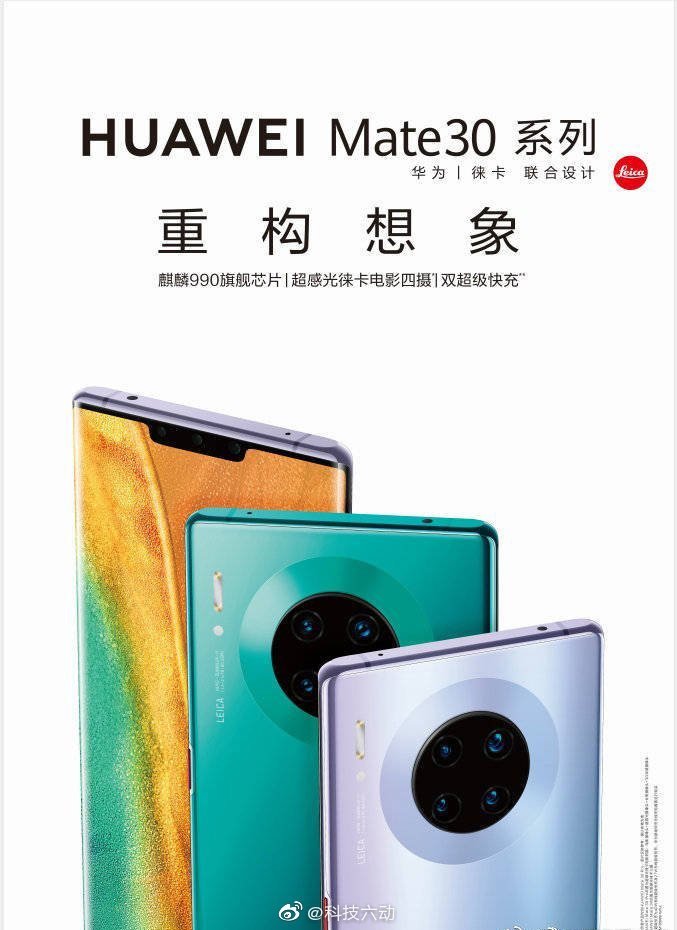 Today, the poster of Huawei Mate 30 Series was shared on Weibo & while we cannot say if it is legit, it does confirm the design that we know so far via all the case renders & other leaks. So, as we can see in the image above, the Huawei Mate 30 Series is getting a Quad Camera setup on the rear & the four lenses are placed in the circular module that also has a ring around it.

Now, the flash is placed on the top left side & by the look of it, it could be a Xenon flash. On the front, there is a big notch that houses some sensors, maybe for Face Recognition. It also seems like there is an IR blaster on the top, which is a rare thing on phones nowadays.

Well, if this is indeed how the Huawei Mate 30 Series is going to look like, then what are your opinions on the design? Do let us know via the comments section below.