The Xiaomi Mi Mix 3 will launch on October 25, and it is going to be an ‘almost’ bezel-less smartphone with a sliding camera mechanism similar to the Oppo Find X. The company itself has revealed a lot about the phone, from 5G connectivity to up to 10GB of RAM. 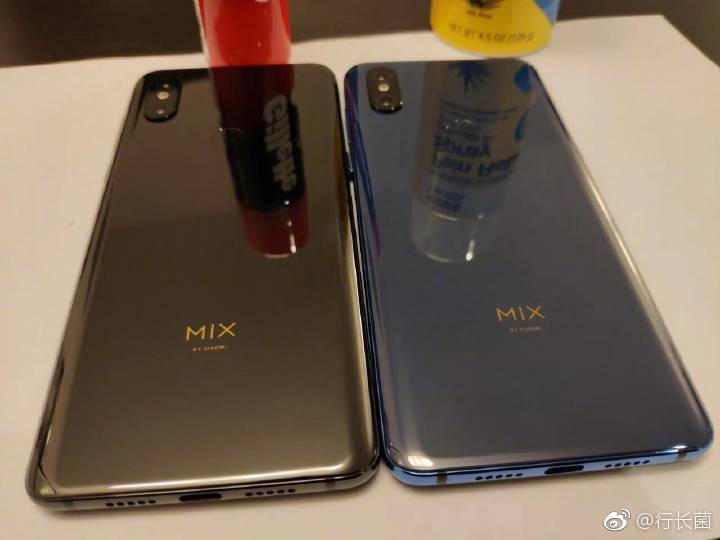 Today, Lei Jun, the CEO of Xiaomi, posted the image of Mi Mix 3 in two color options on his Weibo account. Soon, the post was taken down as we believe Lei didn’t want to share that particular image in the first place. The image revealed that the Xiaomi Mi Mix 3 has the fingerprint scanner on the rear. So, all the rumors about an in-screen fingerprint reader on the Mi Mix 3 are most probably false. 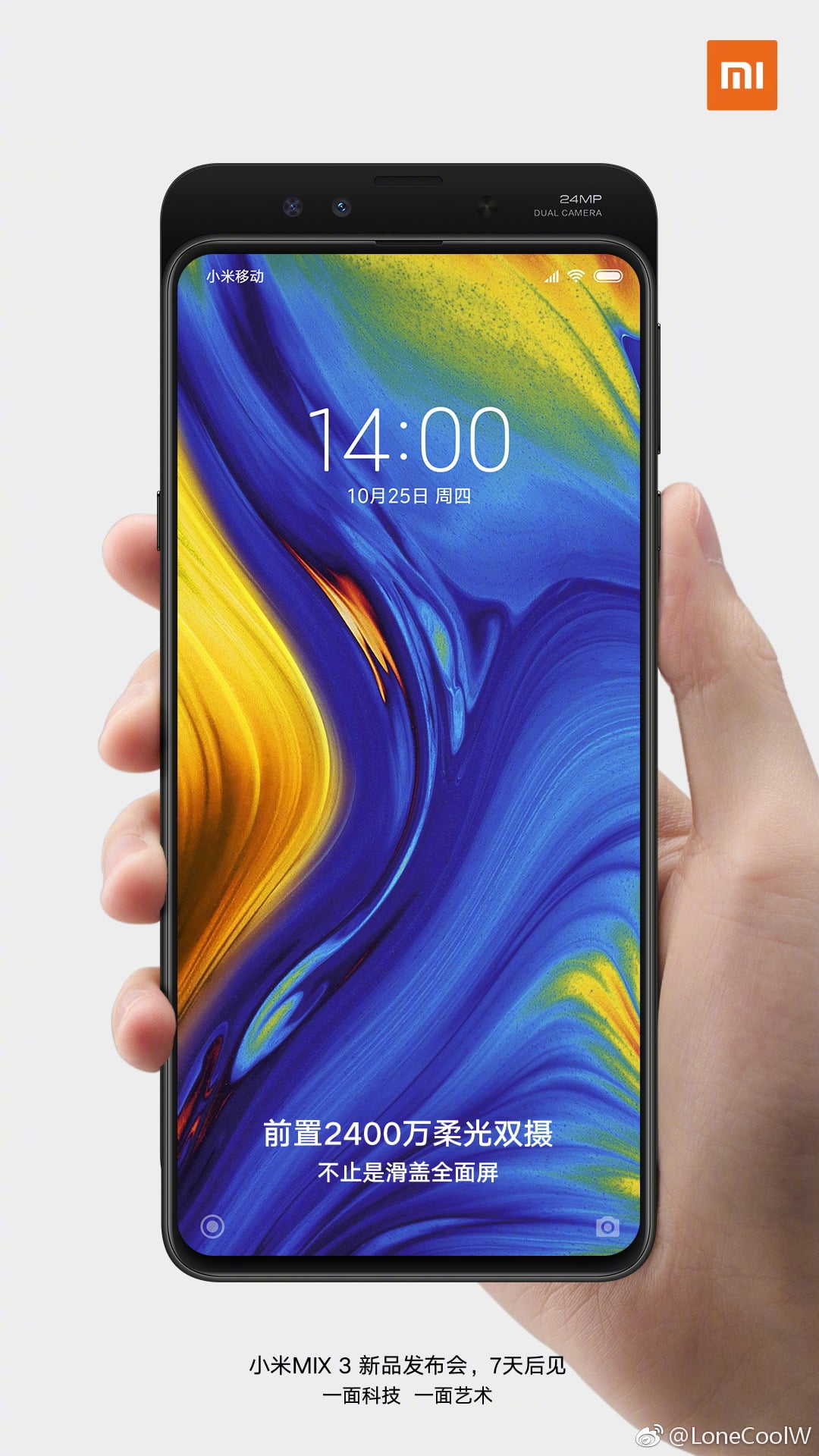 As the render above reveals, the Xiaomi Mi Mi 3 has a bezel-less design with no notch and a small chin on the bottom. There is a sliding mechanism for the dual front-facing cameras, the earpiece, and other sensors. If you notice, there is an extra button on the left. As per the sources, this button is for Xiaomi’s Xiao AI Assistant.

The launch will happen on October 25, so there is now less than a week left for that.