Xiaomi likes to reveal the details of its upcoming phones on its social media accounts to build the hype & the company is doing the same right now as the Mi 10 is launching on February 13th in China. Yesterday, the hands-on video of the phone leaked on Weibo, giving us a good look at how the phone looks like in real life.

Now, the details related to the Xiaomi Mi 10’s display have been shared by the company on Weibo.

The Mi 10 features an AMOLED display with 90Hz refresh rate and 180Hz touch-sampling rate. It was rumoured previously that there is a 120Hz display, but that’s not happening. The peak brightness of the display is 1120nit, which is also impressive. Other display specifications include 5000000:1 contrast ratio, HDR10+ support, 4,096 level brightness adjustment, TÜV Rheinland Certification and curved sides. 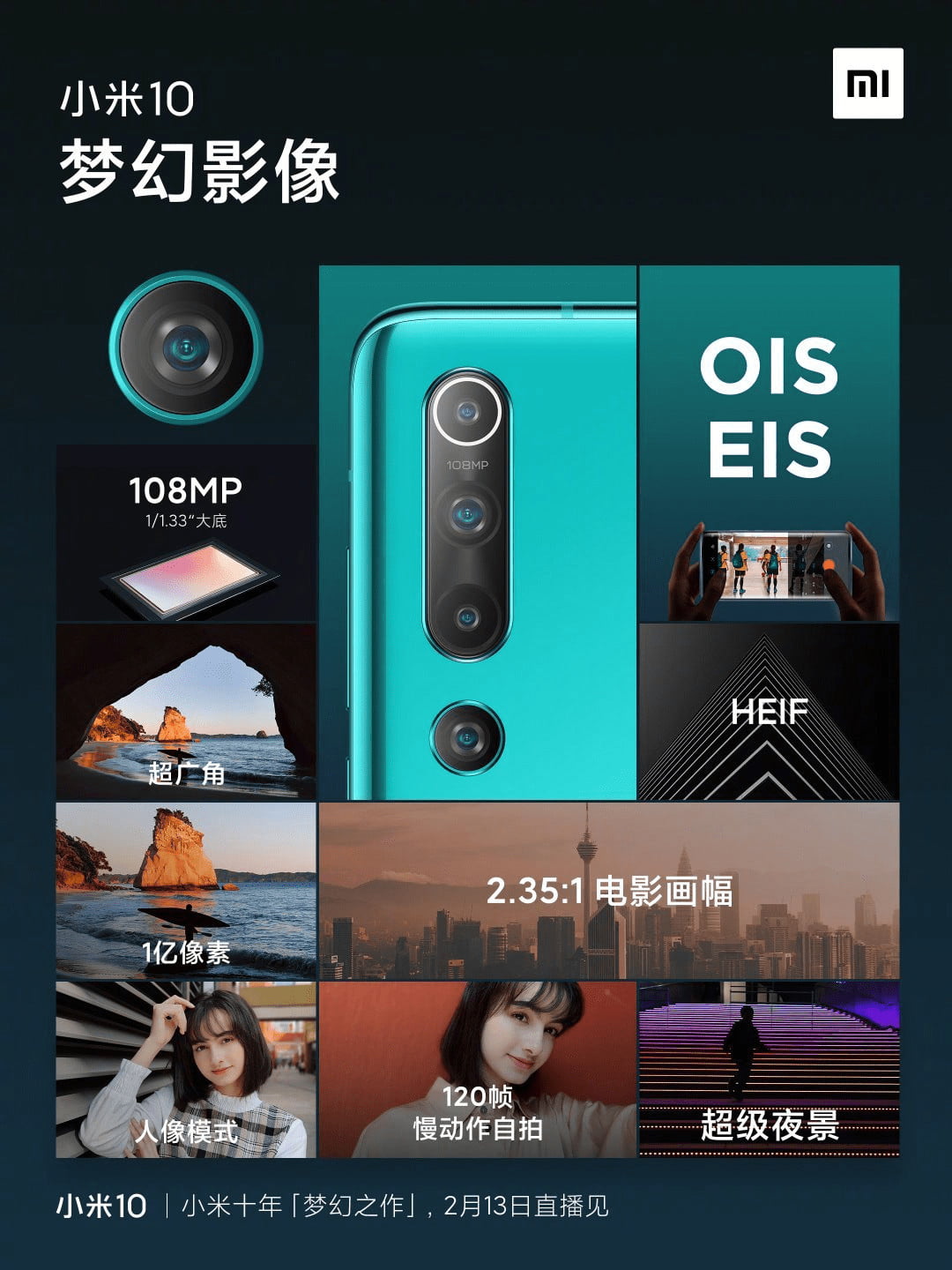 The Mi 10 is shaping up to be a really impressive flagship from the company so let’s see at what price Xiaomi launches it in the market. In case you don’t know, the global launch is happening on February 23rd in Barcelona.