On August 22, Xiaomi will launch its first smartphone under the new sub-brand ‘Poco’, and this is going to be a flagship, competing with phones like the Asus Zenfone 5Z and OnePlus 6. In fact, there are rumors that this is going to be the cheapest Snapdragon 845-powered smartphone, beating the current title holder, the Asus Zenfone 5Z. The Xiaomi Pocophone F1 has already got the unboxing treatment and also was reviewed by AndroidAuthority today, so there is nothing we don’t know about this device. 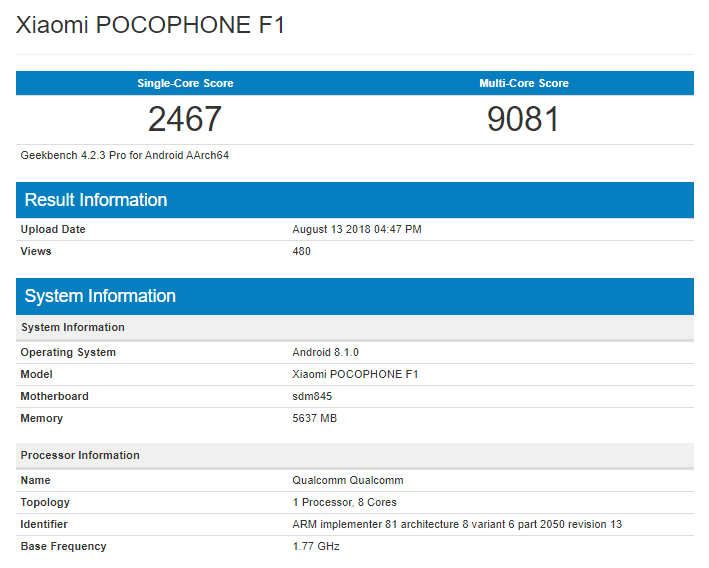 The phone was benchmarked on Geekbench today, which revealed the single and multi-core scores of the phone. The Snapdragon 845 is the most powerful chipset that Qualcomm makes right now for mobile devices, and the scores tell the same story. There isn’t anything impressive about the scores since they’re similar to what other phones with Snapdragon 845. The Xiaomi Pocophone F1 scores 2467 on single core and 9081 on multi-core.