It will be the World's first Snapdragon 888-powered device

At the beginning of this month, Qualcomm unveiled the Snapdragon 888 SOC and many brands announced that they would launch phones powered by this SOC next year. One of the companies to make such an announcement was Xiaomi and the company said that its Mi 11 will be one of the first smartphones powered by Snapdragon 888. So far, we have seen a ton of leaks of the Xiaomi Mi 11 such as the hands-on images, case renders etc and now, Xiaomi officially announced the launch date. On its Weibo age, the company announced that the Mi 11 is launching on the 28th of December which means when it launches, it will be the World’s first smartphone powered by Snapdragon 888. 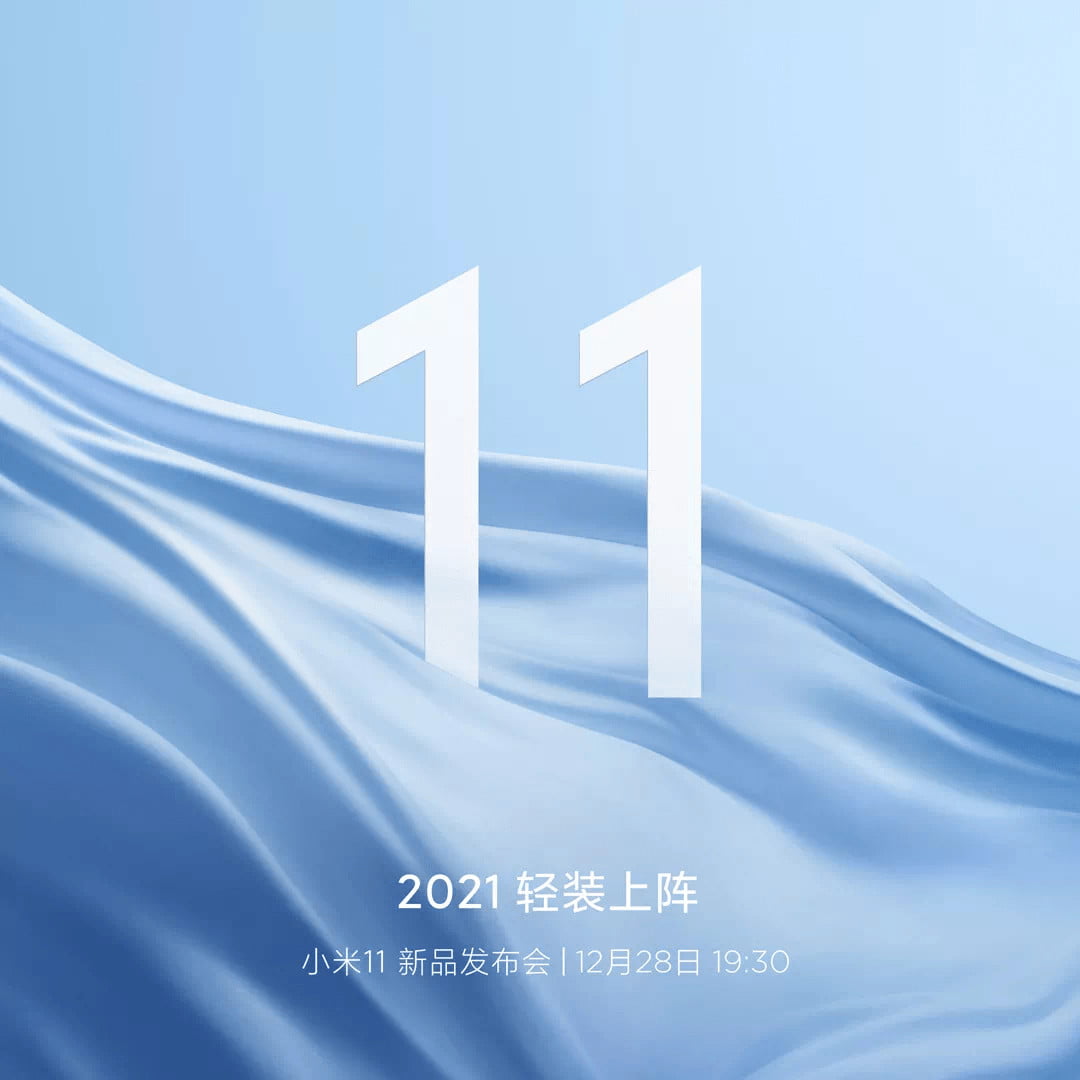 The company didn’t share the design as the teaser only shows the number “11” along with the launch date. But as we already know via the previous leaks, the Mi 11 comes with a square-shaped camera module on the rear that includes a triple camera setup in it. There is a single hole-punch cutout on the front and the display has curved sides.

Well, less than a week is now left for the launch of the Mi 11 series so let’s see what Xiaomi has to offer with this series.