If you don’t know, Xiaomi is launching some new phones in China today & it is already confirmed via various listings that we are getting Xiaomi CC9, CC9 Meitu Edition & Xiaomi CC9e. Now, the company officially confirmed that it is indeed launching the CC9e which would be smaller in form factor when compared to the CC9. 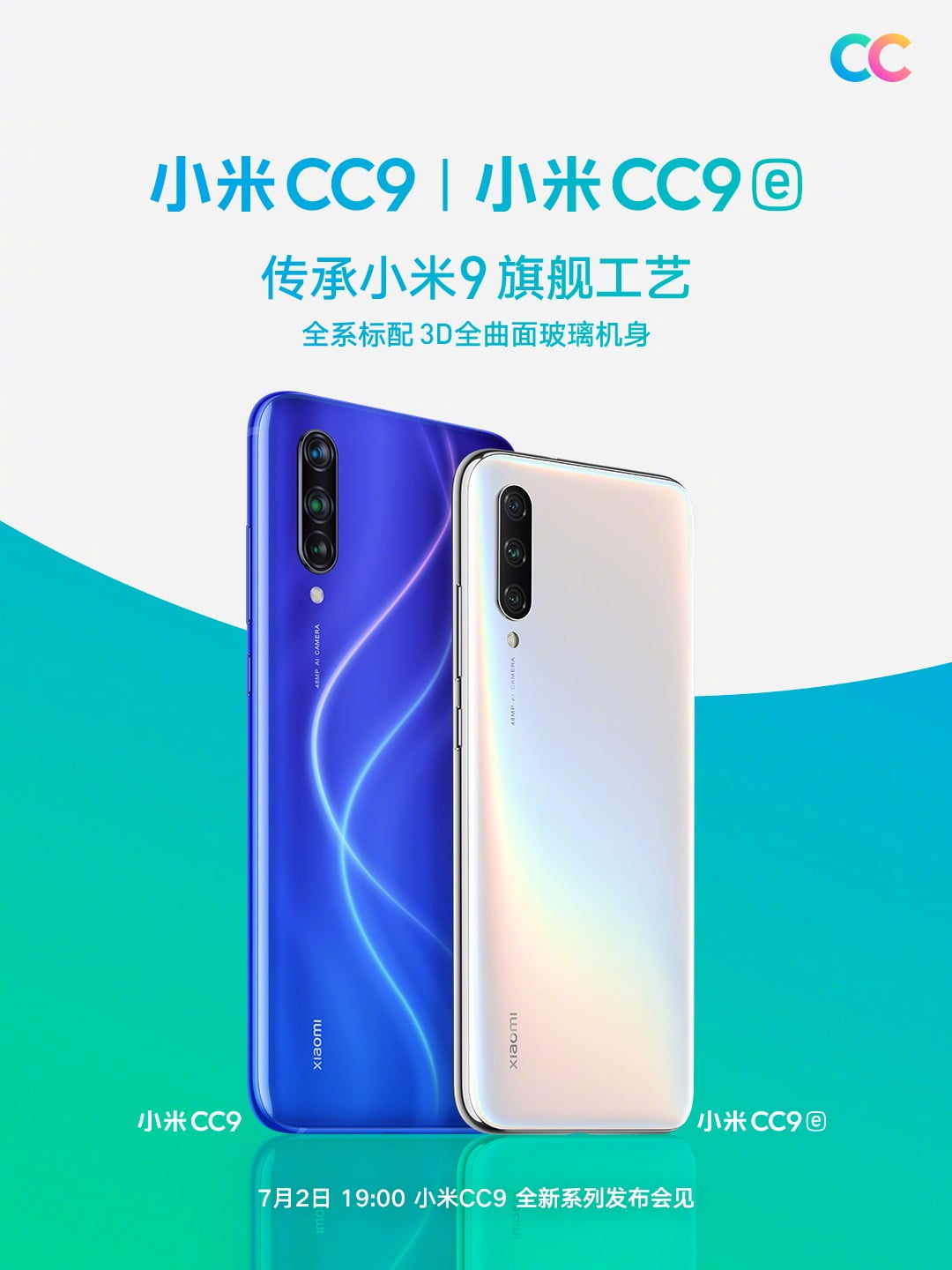 While the specifications of the Xiaomi CC9e are unknown, the design won’t differ at all as seen in the image above. It too features a triple camera setup on the rear & a 3D Glass back. No fingerprint scanner means that it also has in-screen fingerprint reader like the standard CC9. It has a 6.08-inch screen as per TENAA &  3,940mAh battery. The processor is most likely the Snapdragon 710 but is not confirmed yet. 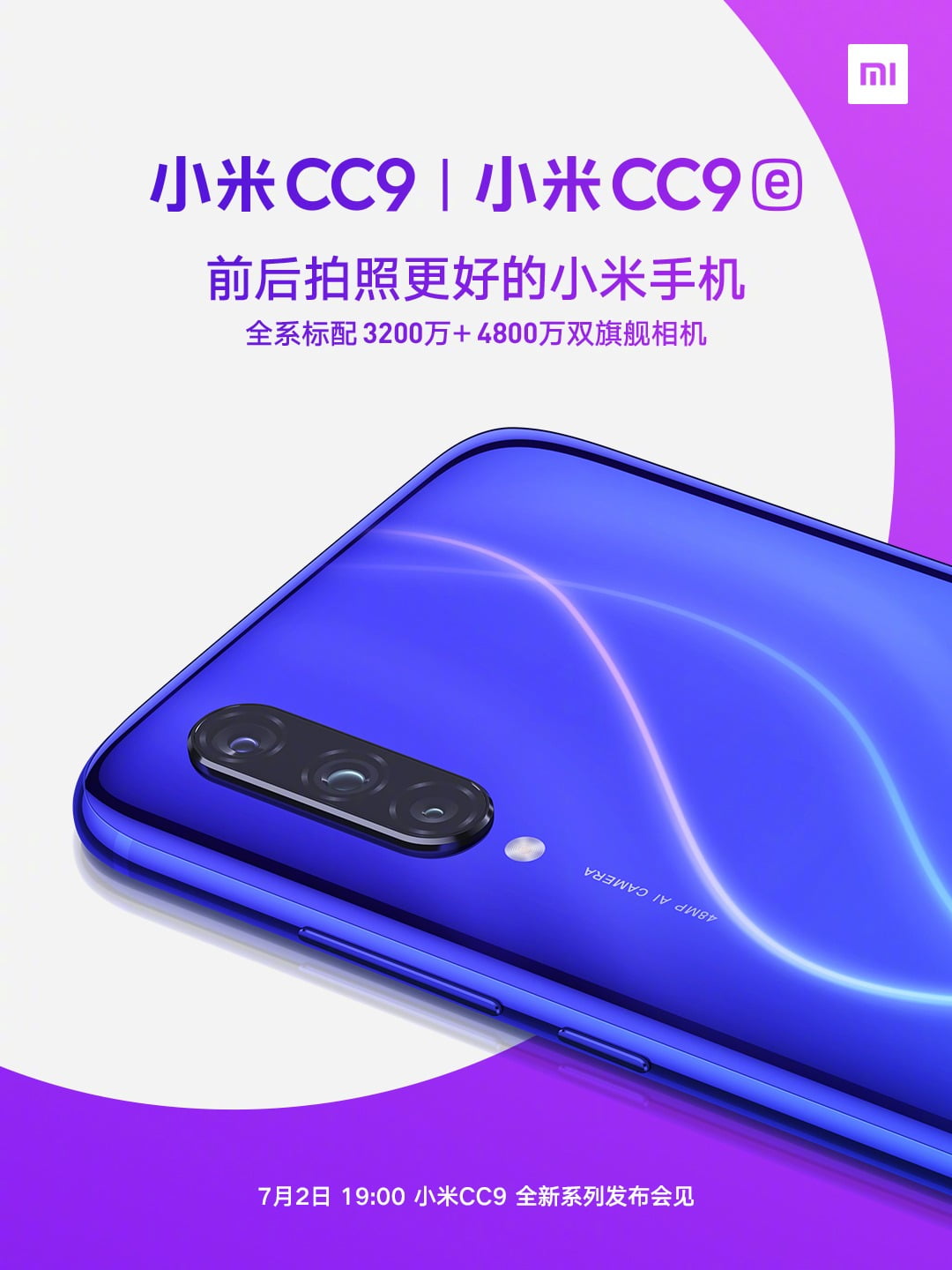 There is a 48MP primary rear camera on both the CC9 and CC9e and a 32MP front camera.

The launching is happening tonight in China so let’s see what Xiaomi has to offer with these new phones under the “CC” lineup.