Last year, Xiaomi backed Black Shark launched two gaming phones to compete with the likes of Razer Phone 2, Asus ROG Phone, Nubia Red Magic, etc. Now, the company is all set to launch a gaming phone for 2019, the Xiaomi Black Shark 2. We already know how it looks from the rear, thanks to the hands-on image that leaked recently. Today, however, the company revealed the official launch date. 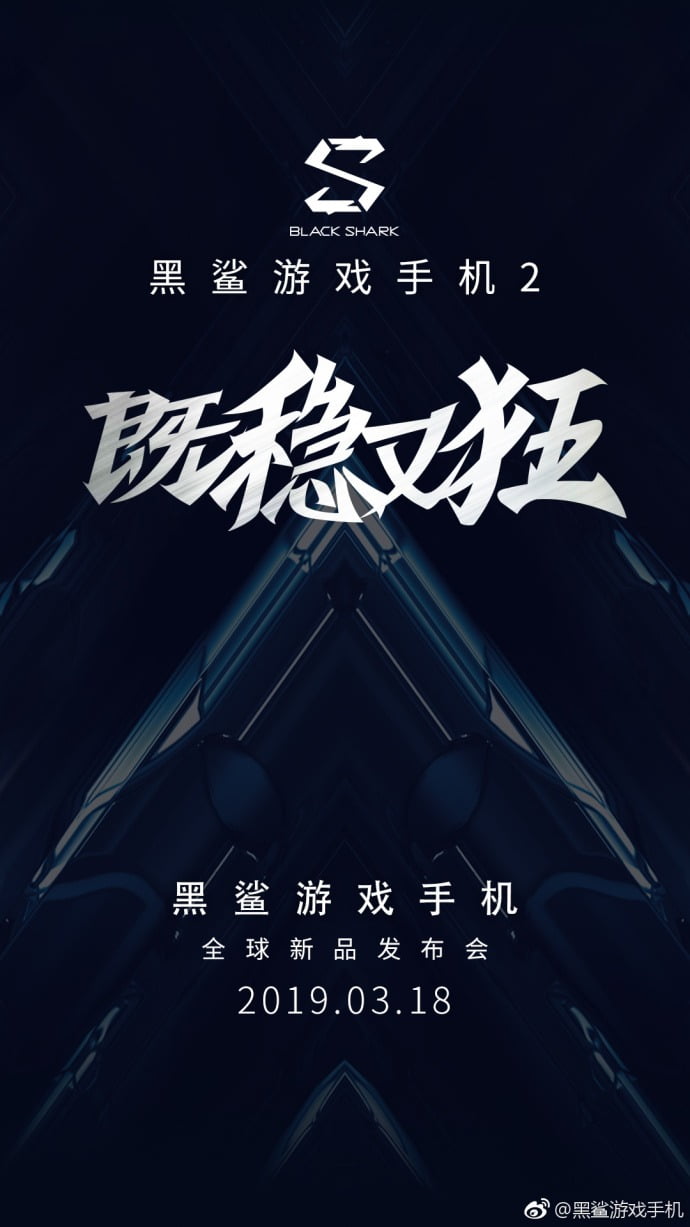 So, the Black Shark 2 will launch on March 18th in Beijing, China. Like the previous gaming phones from the company, it has top of the line specifications and an advanced cooling system for better performance while gaming.

The Xiaomi Black Shark 2 recently showed up on AnTuTu benchmark which revealed some specifications like the Qualcomm Snapdragon 855 processor, 8GB RAM, 128GB storage, Full-HD+ display (2340 x 1080), and Android 9 Pie. The phone scored around 360K on AnTuTu Benchmark which is an impressive score.

There are also rumors that the phone has an OLED screen, 27W Fast Charging, etc. We will know more about it on the official launch day.