Vivo recently launched V15 and V15 Pro in the Indian market with the latter being the first phone to launch with Snapdragon 675 in India. One of the differences between the V15 and V15 Pro is the fingerprint scanner. The ‘Pro’ has one under the display while the non-Pro version has a rear-facing one. There are also differences in terms of the specs, but when it comes to the design, the fingerprint scanner seems to be the only difference. Now, the company is all set to launch the Vivo V15 in China as the Vivo S1. 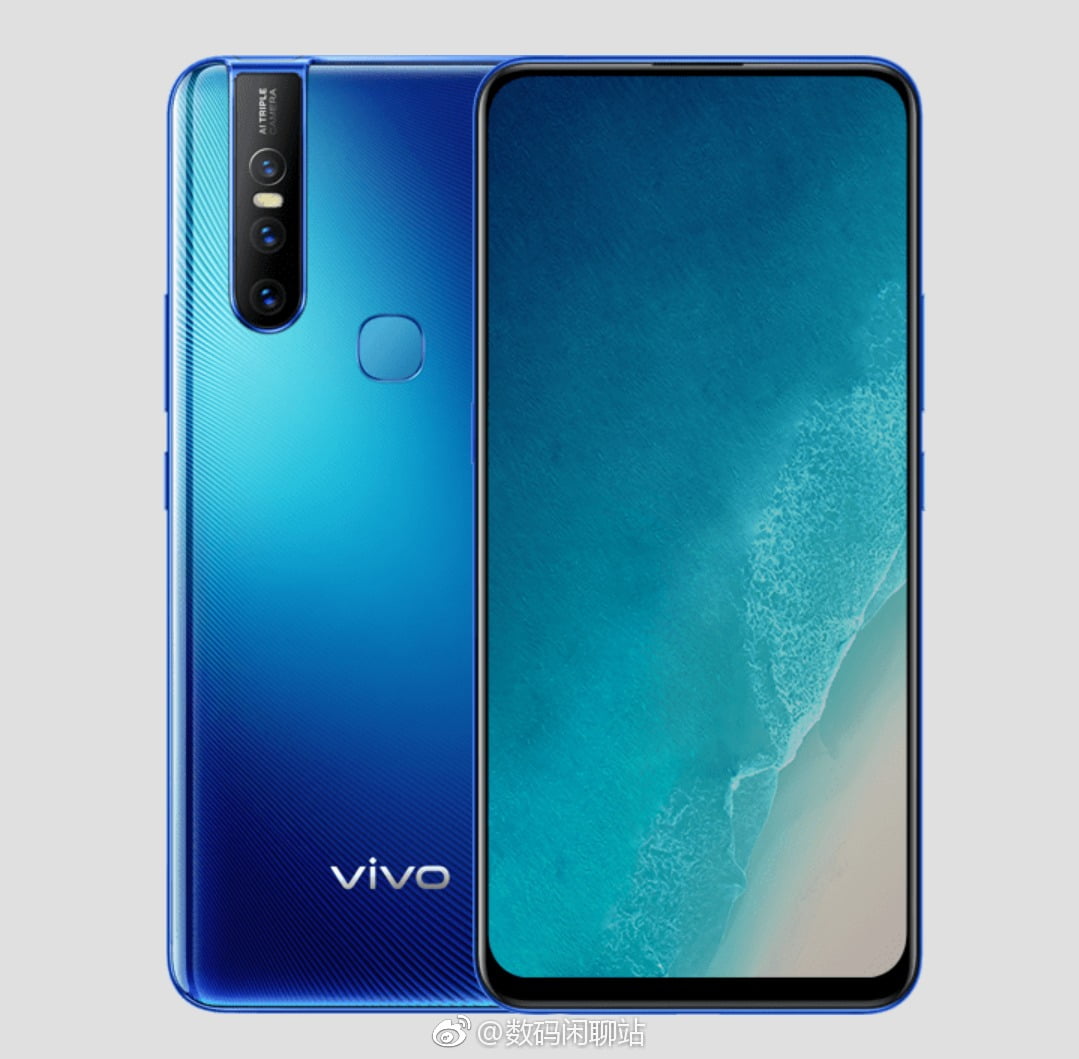 So, as you can see in the image above, the Vivo S1 has a bezel-less design with no notch or cutout, thanks to a pop-up selfie camera. There are triple rear cameras and a rear-facing fingerprint scanner. 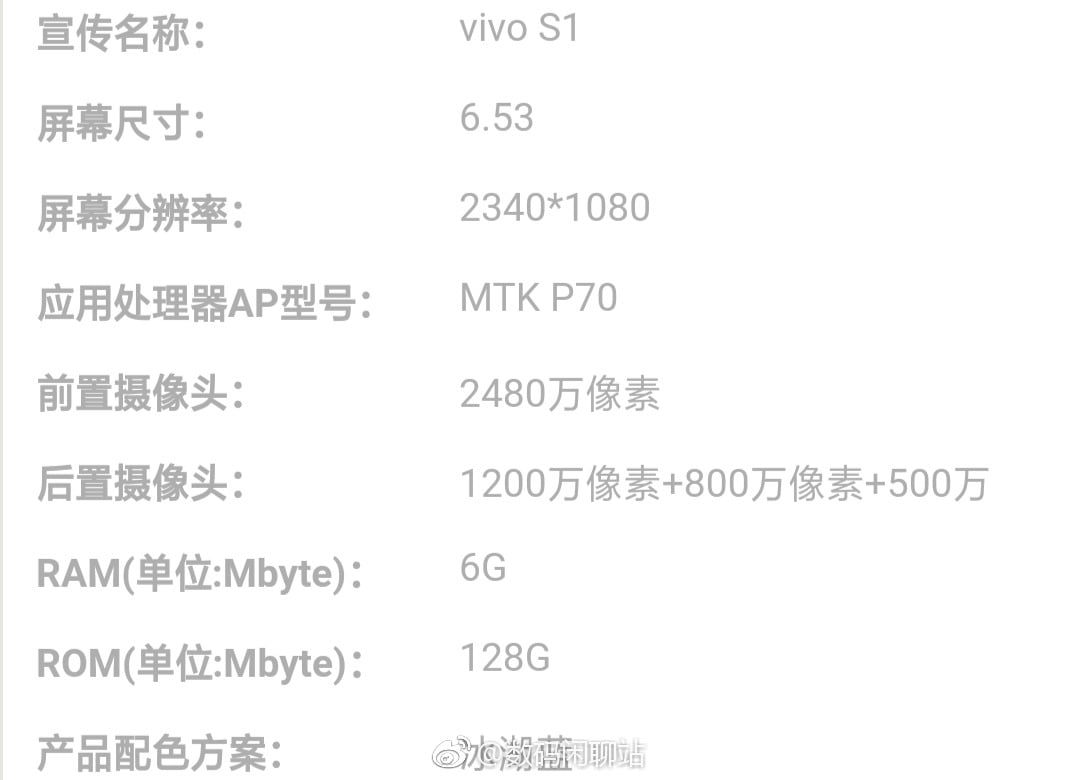 Talking about the specifications, the Vivo S1 has a 6.53-inch Full-HD+ display with a resolution of 2340 x 1080. There is a MediaTek Helio P70 processor which is not as good as the Snapdragon 675 on the V15 Pro but compares to the Snapdragon 660 and sometimes performs better than it. The phone has 6GB RAM and 128GB storage.

The launch date is not yet known but the Vivo X27 is launching in China on March 19th so maybe Vivo launches the S1 on the same day.