Nope, it’s not the NEX 2 or 2nd Generation Vivo NEX. The company launched its latest NEX-series phone named Vivo NEX Dual Display Edition. Well, we can understand why the company went for this name. The name shows one of the highlights of the phone, i.e., two displays, one on the front and one on the rear. Also, this is not the first time we have a phone with two screens. Companies like Meizu, Yotaphone, etc. have also tried the same with their phones, but the one from Vivo seems better than all those.

But, people do take selfies, right? Well, for that, the phone has a secondary display on the rear. We guess now you’re getting where it is going. So basically, you use the rear cameras to take selfies. Every time you have to take one, you need to flip the phone to use the second display on the rear. The phone does have a 3.5mm headphone jack which is always nice to know.

Unlike other companies that add dual screens, both the displays on the Vivo NEX Dual Display Edition are Super AMOLED panels. So, there is a 6.39-inch primary screen on the front with a Full-HD+ resolution (2340 x 1080) and 19.5:9 aspect ratio. There is still a chin on the bottom. Vivo says that the phone has a 91.63% screen-to-body ratio.

Coming to the cameras, the Vivo NEX Dual Display Edition has triple cameras on the rear. There is a primary 12MP camera with Optical Image Stabilization and f/1.79 aperture. The secondary camera is a 2MP f/1.8 unit that is probably a depth sensor.

Finally, there is a third f/1.3 3D ToF (Time Of Flight) camera that is for Advanced face unlock. As mentioned in the beginning, there is no front camera at all. So, to take a selfie, the user needs to flip the phone to use the rear cameras and the rear screen. 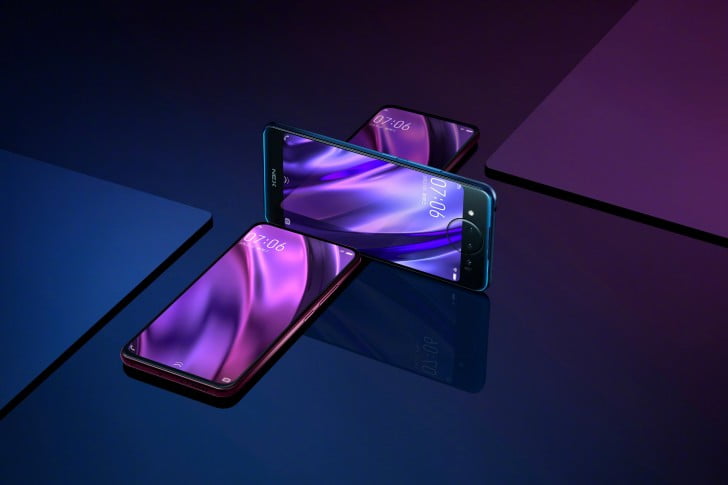 Finally, coming to the pricing and availability, the Vivo NEX Dual Display Edition with 10GB RAM and 128GB ROM is priced at CNY 4,998 in China ($724). The pre-orders have already begun in China.