In September, Samsung launched the Galaxy A90 5G as its cheapest 5G phone. It looks like the successor is coming soon as the Samsung Galaxy A91 is expected to launch soon. One upcoming Samsung phone that’s in the news from quite some time is the Galaxy S10 Lite & as per many sources, it is the Galaxy A91 but with a different name for some markets.

Today, the CAD renders of the Galaxy A91 were shared by OnLeaks & they reveal the design of the phone, which might be launching as the Galaxy S10 Lite in some regions. 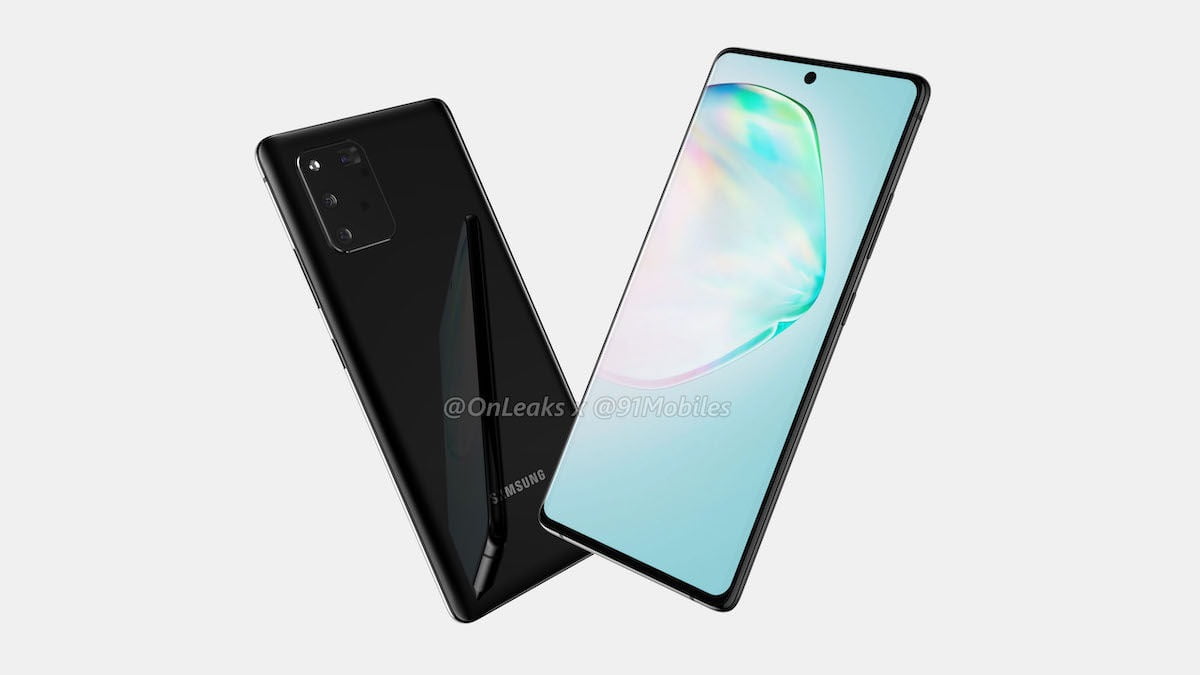 It looks like Samsung has planned to make all its phones look the same as the CAD renders of the Galaxy A91 reveal a design similar to the design of the upcoming Galaxy A51, Galaxy A71, Galaxy S11 series, etc. So, there is a hole-punch display on the front with the single-camera cutout placed in the middle.

The bezels are extremely thin all around, but since these are just renders, you shouldn’t consider this to be the case with the actual device. 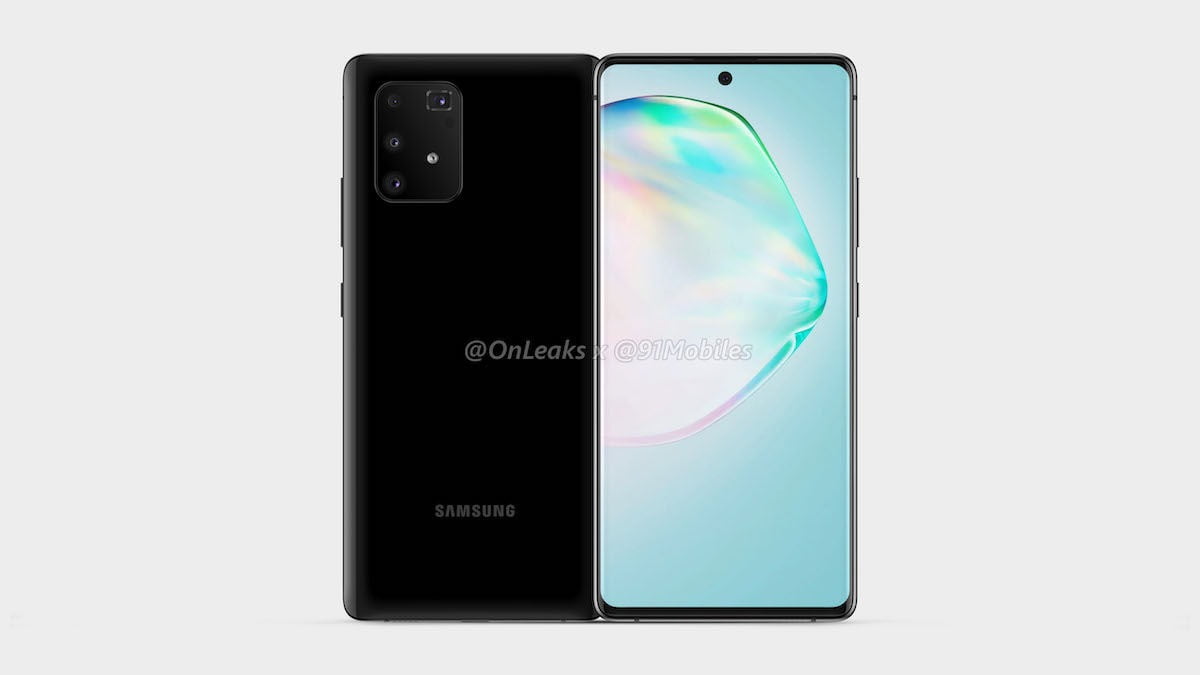 There is a rectangular camera module on the back that houses the Quad cameras & the LED flash. If you look closely, one of the cameras has a square lens, which is something we have seen in phones having a periscope style camera. So, this might be hinting towards a periscope style lens on the Galaxy A91 for at least 5X Optical Zoom.

There is just one port on this device, i.e., the USB Type-C port. It is placed on the bottom alongside the speaker grill.

Now, in August, a leak revealed the camera specifications of 2020’s Galaxy A series phones & while we still cannot confirm that leak, it revealed that the Samsung Galaxy A91 has a primary 108MP camera, a secondary 16MP Wide-Angle lens, a 12MP telephoto lens with 5X Optical Zoom & a fourth TOF sensor.