In February last year, Sony launched the Xperia 10, which was a mid-range phone featuring the Qualcomm Snapdragon 630 SOC & having dual rear cameras. Now, Sony is all set to launch its successor named the Sony Xperia 10 II (Sony Xperia 10 Mark 2?).

The official image & the full specifications of the phone have now surfaced online, shared by the same source that shared the specs of Sony Xperia 1 II. 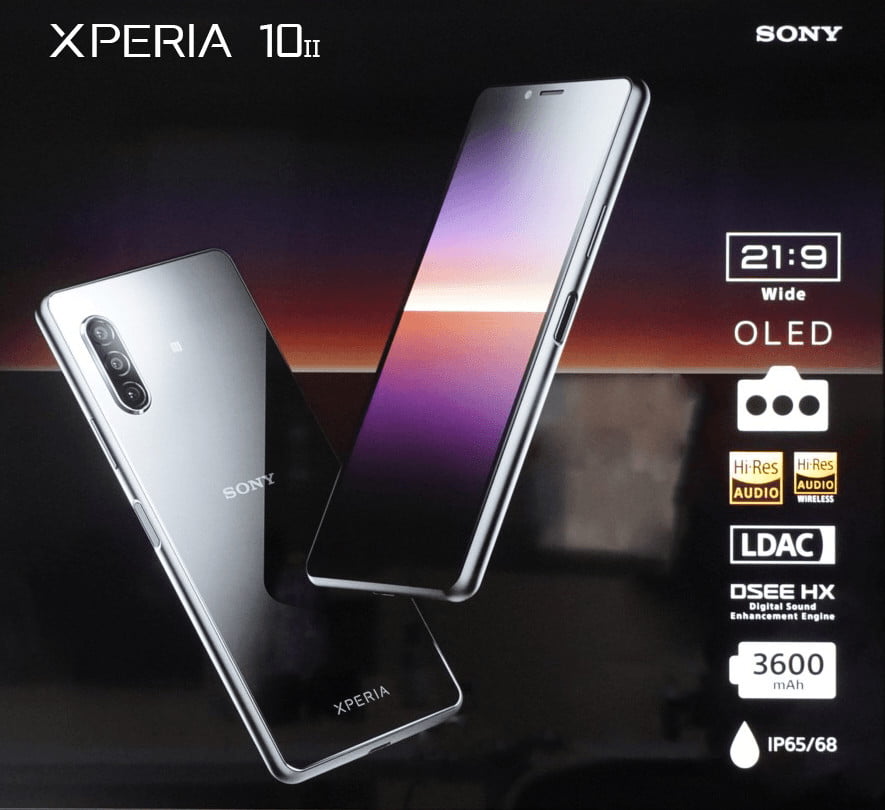 The Sony Xperia 10 II has a similar design as the Xperia 10 from the front since there is the same 21:9 display. As we can notice, the major difference is that this time there is an OLED panel instead of an LCD. On the rear, the phone has triple cameras placed vertically on the top left corner. The fingerprint scanner is placed on the right side along with the volume rockers.

The camera shutter key that we see on the premium Sony flagships is missing on this phone. The Sony Xperia 10 II is IP65/68 certified, so that’s impressive for a mid-range device. 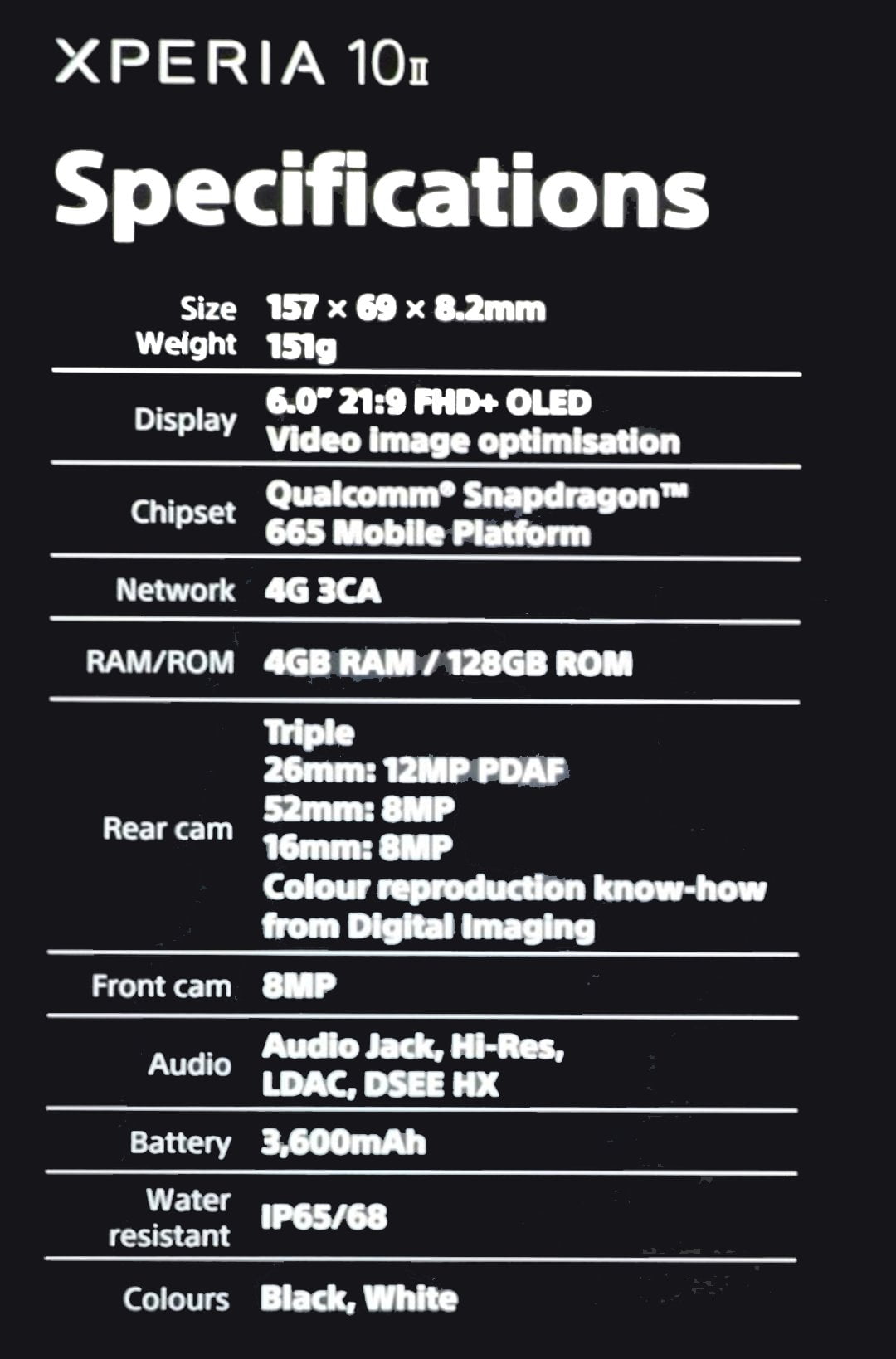 There is an 8MP camera on the front for selfies.