In the first week of January, we got the CAD renders of the upcoming Sony flagship named Xperia 5 Plus. The CAD renders revealed a gorgeous design that includes a bezel-less display with no notch or holes & a Penta-lens camera setup on the rear. Now, there are rumors that it would launch as Sony Xperia 1.1 & this naming scheme makes sense instead of just randomly choosing a number & adding it to the end of the name.

Today, the rear camera specifications of the Sony Xperia 1.1 have surfaced online as they were shared by a Japanese website, AndroidNext. 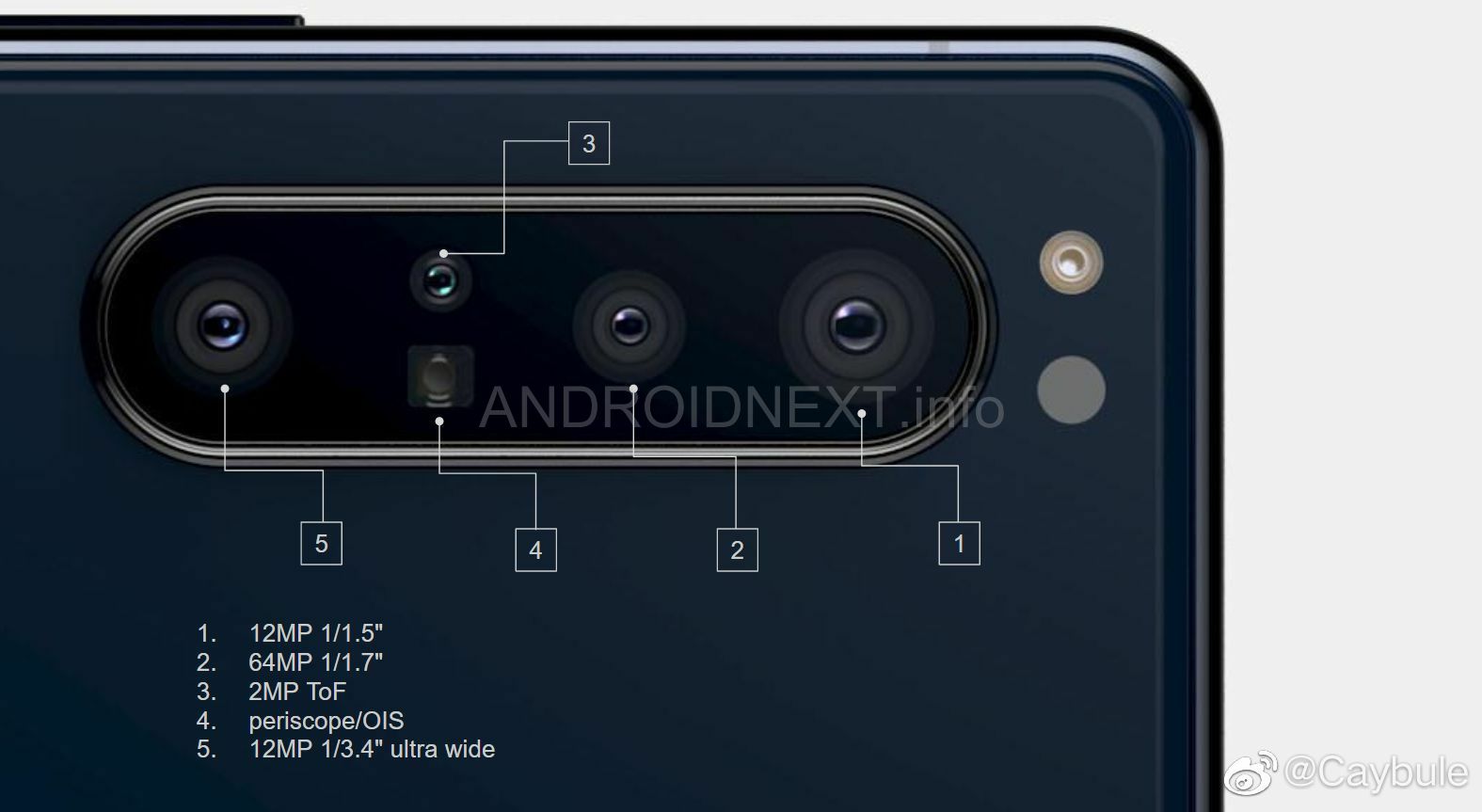 It is very much possible that the main 12 Megapixel camera has the same Sony IMX555 sensor like that on Samsung’s Galaxy S20 & S20 Plus.

Well, consider this information with a pinch of salt at the moment. Let’s wait for some more details from some trusted sources.