Here’s Samsung Galaxy Z Fold 3 in all the colors

We know that Samsung hosts the “Unpacked” event to unveil its latest devices, with the main focus on smartphones. Samsung used to host an Unpacked event in the 2nd half of the year to launch its Note series flagships, but as we know, there won’t be any new Note series phones this year. The Unpacked event is still going to happen sometime in August, and this time, Samsung will use this opportunity to launch its new foldable phones, the Galaxy Z Fold 3 and the Z Flip 3. 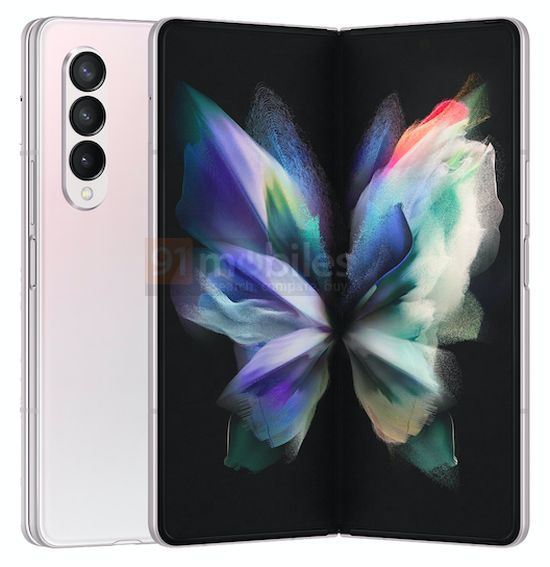 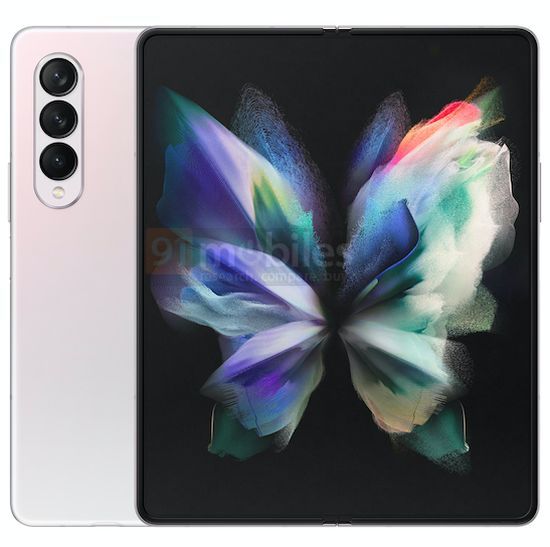 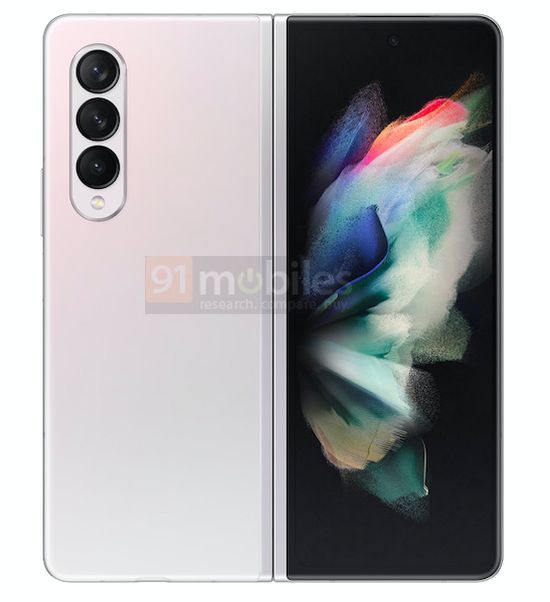 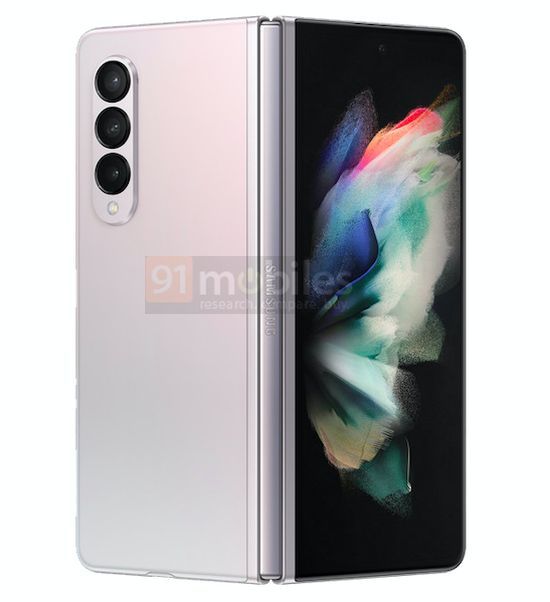 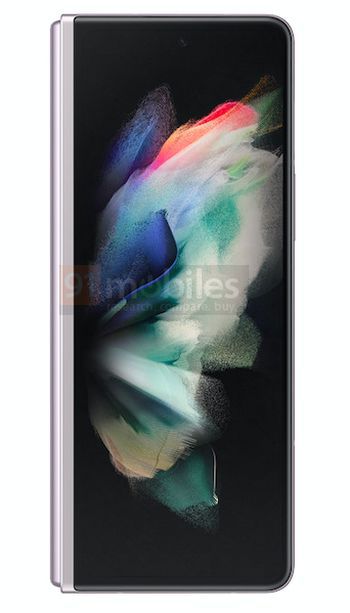 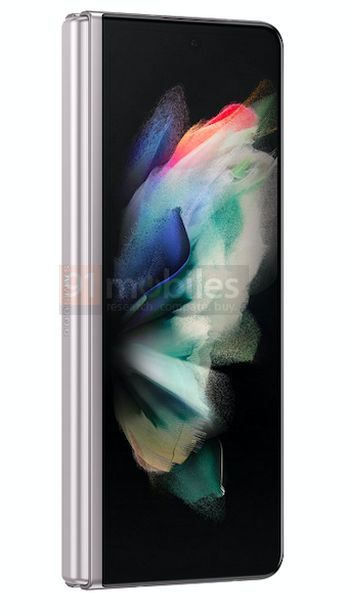 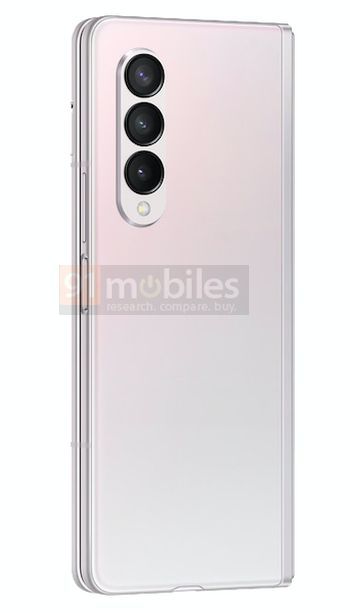 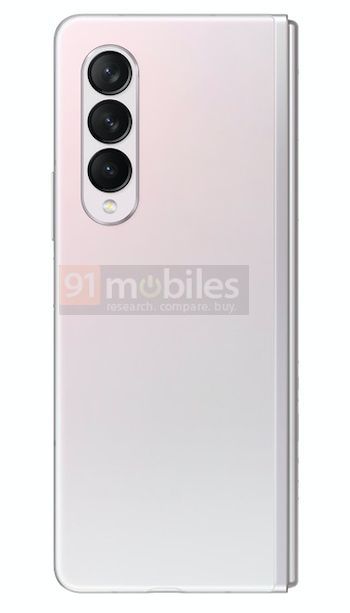 So, the Samsung Galaxy Z Fold 3 would launch in at least three colors – Black, Silver and Green. Design-wise, there isn’t anything new that we didn’t get to see in the previous leak. 91Mobiles did mention that on the inside, there is an under-display selfie camera instead of a hole-punch cutout. So if that’s true, it would make it the first under-display selfie camera smartphone by Samsung. 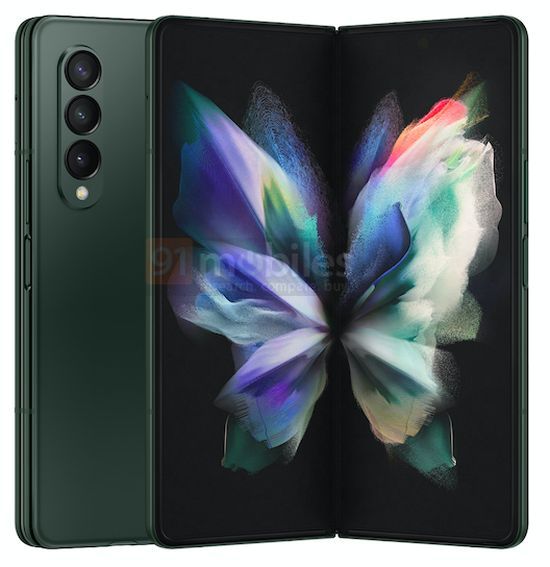 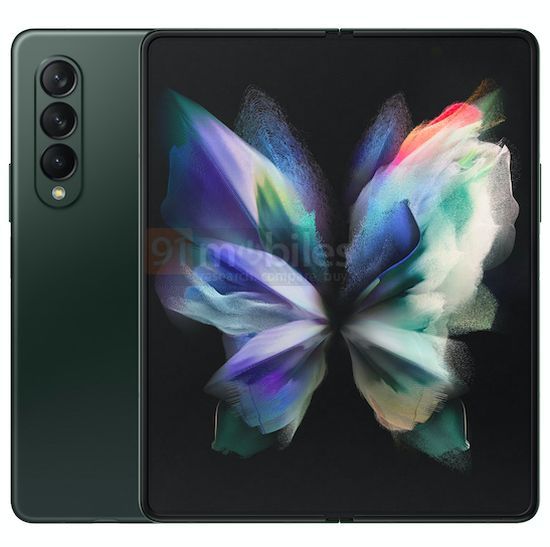 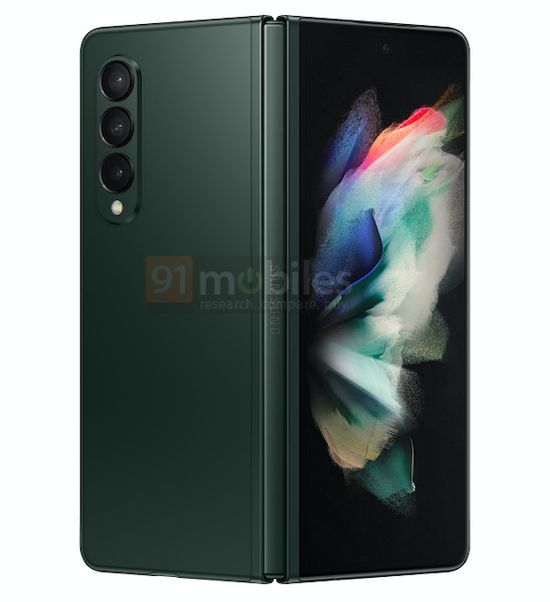 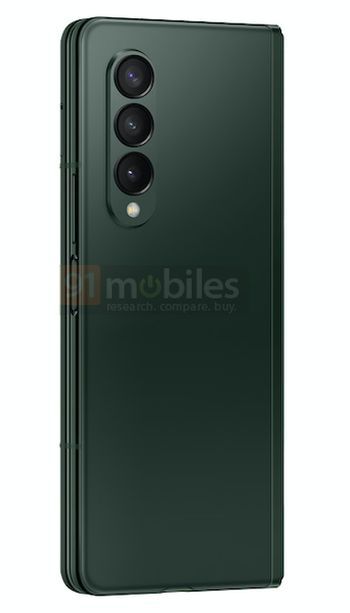 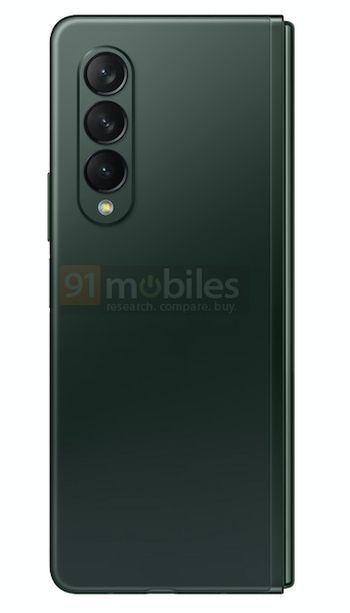 The camera is not totally invisible, though, as we can see in the renders. There is a secondary display on the outside with a normal hole-punch cutout for the selfie camera. The camera module on the rear is slightly redesigned compared to the last generation, but the camera count remains the same. 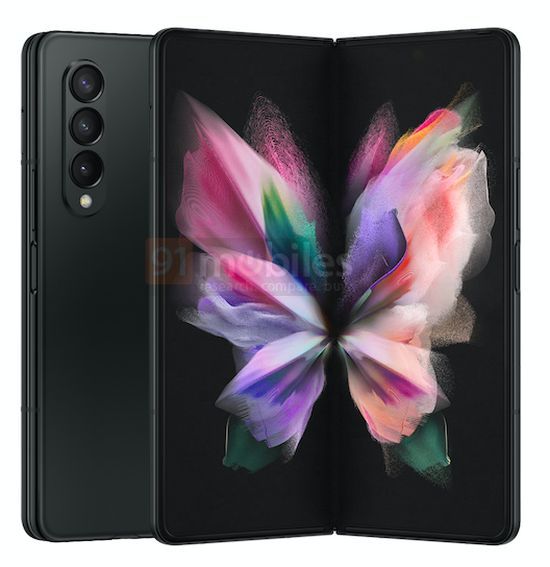 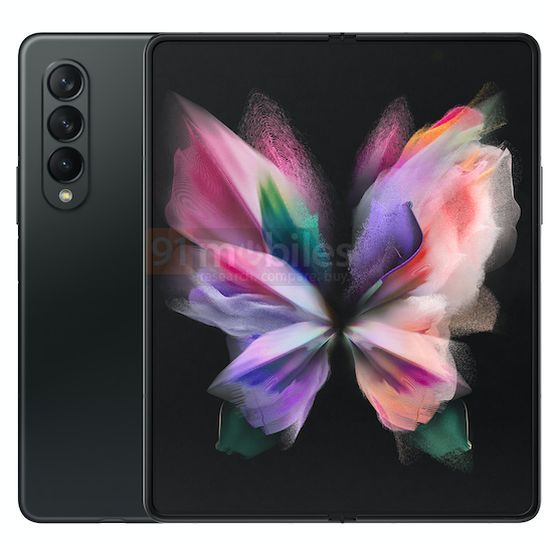 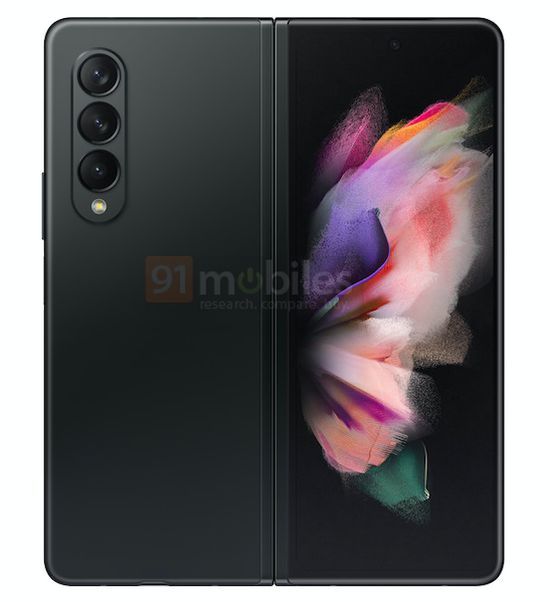 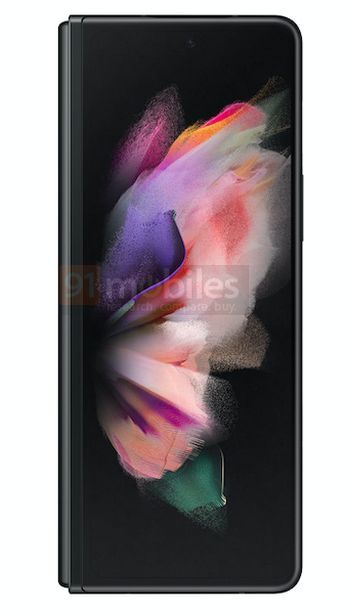 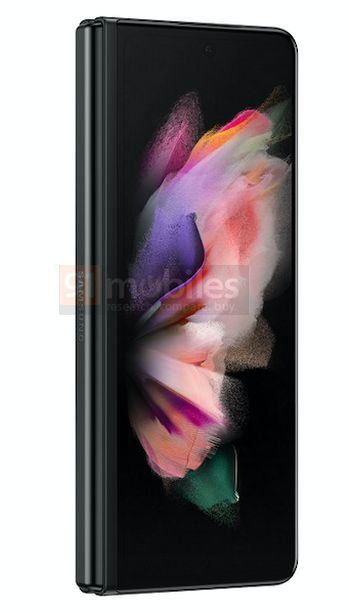 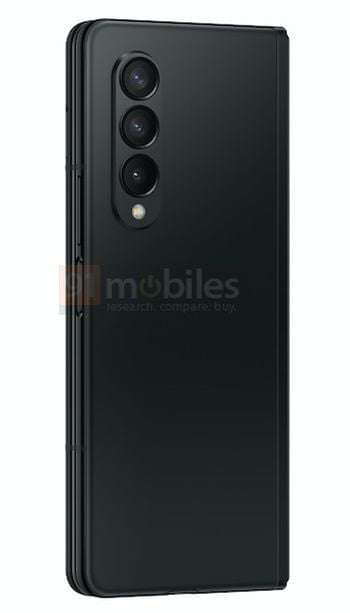 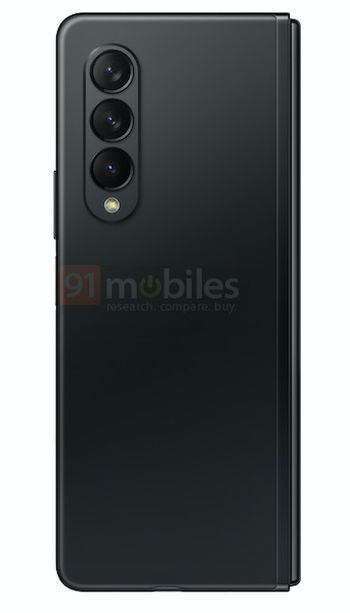 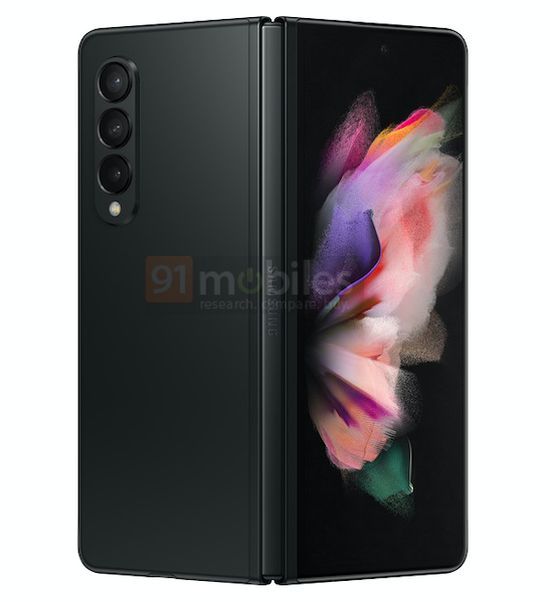 The fingerprint scanner is on the right side and t he Type-C port is on the bottom.

One interesting thing this time is the S-Pen support. So it seems like Samsung is ditching the Galaxy Note series and offering S-Pen support for all its high-end flagships. We saw the same with Galaxy S21 Ultra, and now the Z Fold 3 is getting support for the S-Pen.

What we still don’t know yet with absolute surety are the specifications. The rumors suggest Exynos 2100 SOC, and some markets might also get the latest Snapdragon 888 Plus. Anyways, what do you think of the color options? Do let us know via the comments below.