Samsung Galaxy Z Flip has a display that folds vertically

Almost a year ago, Samsung launched its first foldable smartphone named the Galaxy Fold. At first, it had some serious issues with the display, but later, the phone was relaunched with improvements & Samsung was able to sell a pretty good amount of units of it. At the UNPACKED event on February 11th, Samsung launched not only the Galaxy S20 series but also its latest foldable phone, the Samsung Galaxy Z Flip. 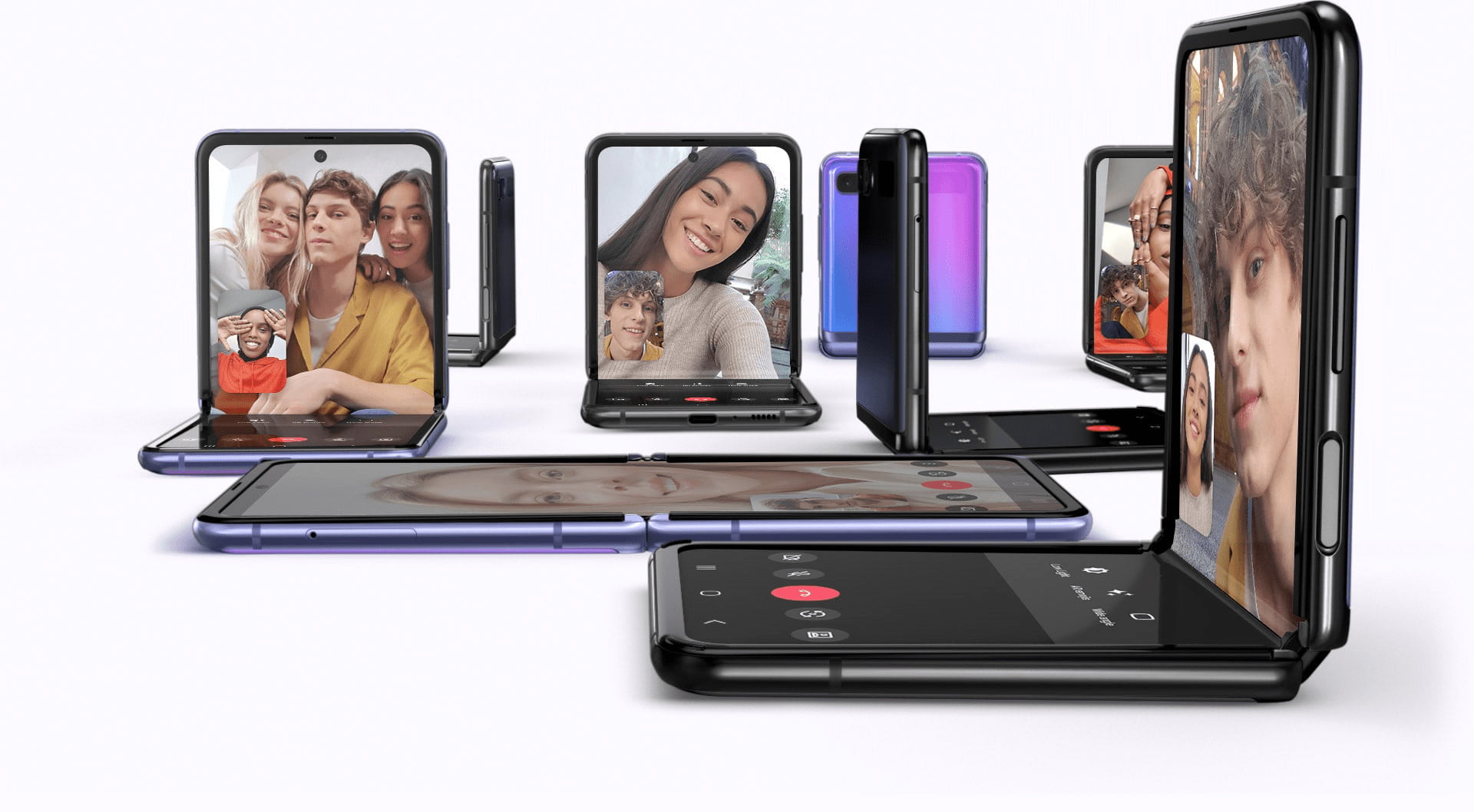 Thanks to a vertically folding display, the Galaxy Z Flip is an extremely compact phone. One of the complaints with the Galaxy Fold was its plastic display, and with the Galaxy Z Flip, Samsung is introducing its Ultra-Thin Glass (UTG) technology, so this means it is a glass display. Samsung calls it an Infinity Flex Display. The display has a punch-hole for the single selfie camera. The display is tall & it can be understood by the fact that the aspect ratio is 21.9:9.

Just like the Motorola Razr, there is a secondary display on the outside, but it isn’t that big. It is a tiny 1-inch panel that can be used to see notifications, date and time, battery percentage etc. If you want, you can also use it as a tiny viewfinder to take selfies using the rear cameras. The fingerprint scanner is on the right side & it also works as the power button. There is no headphone jack on the Z Flip, but that’s not a surprise. 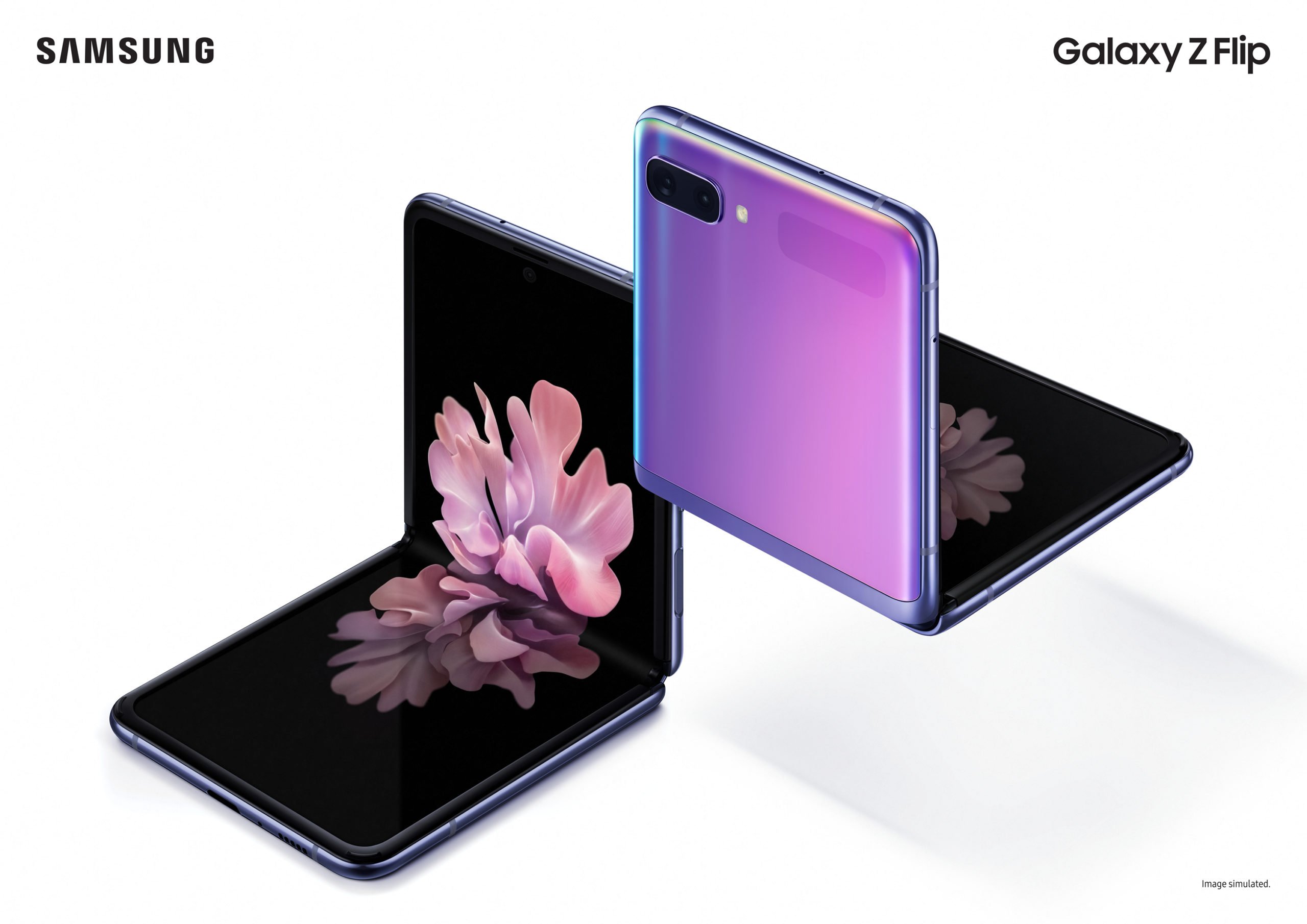 Unlike the Motorola Razr that has a mid-range SOC, the Samsung Galaxy Z Flip comes with the Qualcomm Snapdragon 855+ SOC and 8GB + 256GB storage option. There is a 3,300mAh battery inside with Fast Wired Charging as well as Wireless Charging. There is also Wireless PowerShare feature for reverse wireless charging.

Thanks to an improved hinge design, the Galaxy Z Flip can stay open at a range of angles, like a laptop screen, so that’s also an impressive feature of it.

Talking about the cameras, the Samsung Galaxy Z Flip has a dual-camera setup on the rear that includes a primary 12 Megapixel sensor with f/1.8 aperture, OIS & Dual Pixel Autofocus and a secondary 12 Megapixel ultra-wide-angle camera with 123-degree FOV. The camera on the front is a 10 Megapixel unit.

Android 10 runs out of the box with OneUI 2 on top. 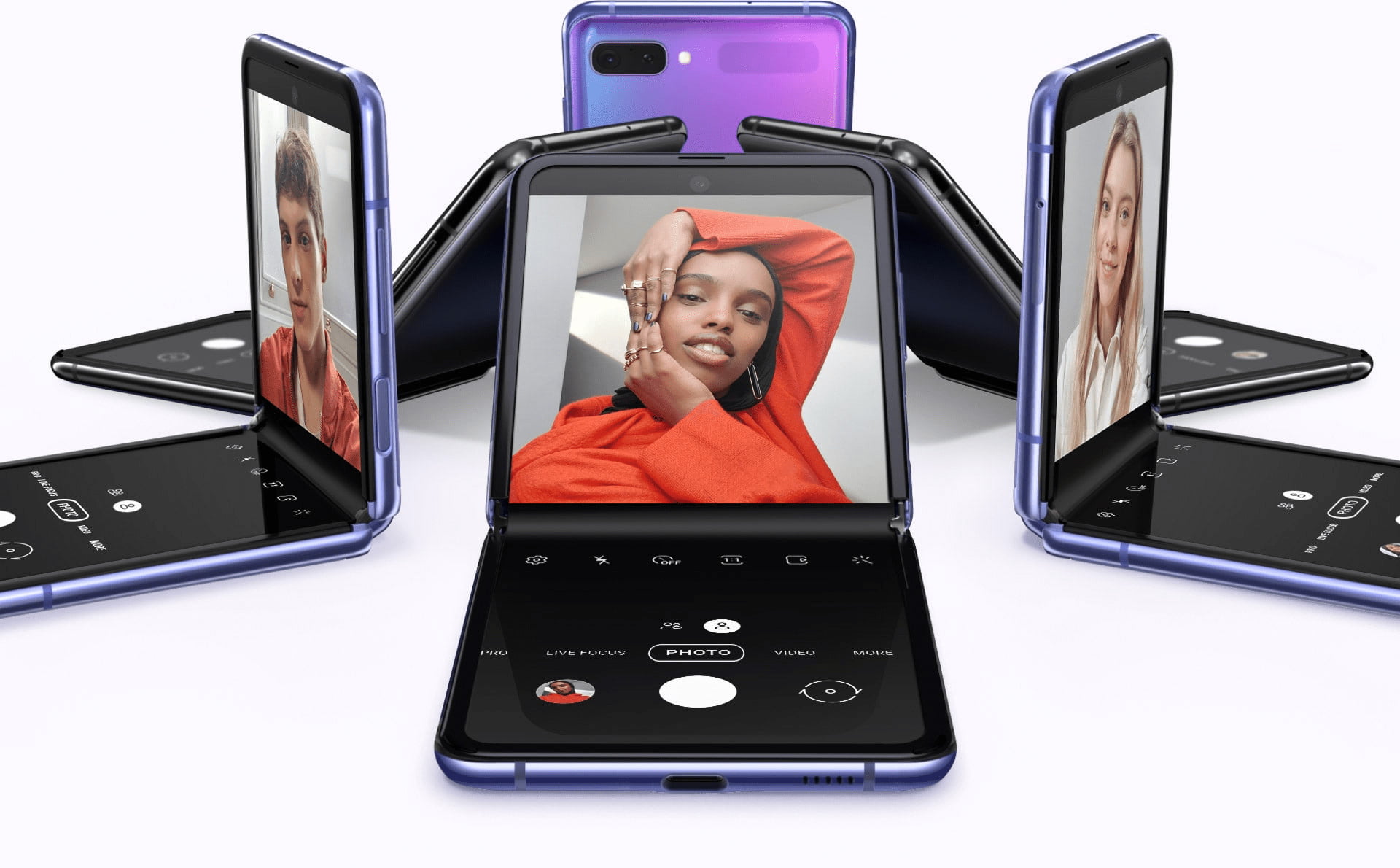 The Samsung Galaxy Z Flip comes in three colours – Mirror Black, Mirror Purple and Mirror Gold. The phone is priced at $1,380 & will go on sale in selected markets from February 14th, and initially, it will be available in Mirror Black & Mirror Purple colours.