This leak also shows the final design of the camera module

So, as we can see, the Samsung Galaxy S22 Ultra does not have a camera island for all the camera modules, so each camera lens is placed separately on the back. We can also spot the periscope-style zoom lens on the rear, but that should not be a surprise. On the front, there is a display with slightly rounded sides. So, there isn’t a completely flat front design. The hole-punch cutout is placed in the middle, so there is no in-display camera, at least for now. 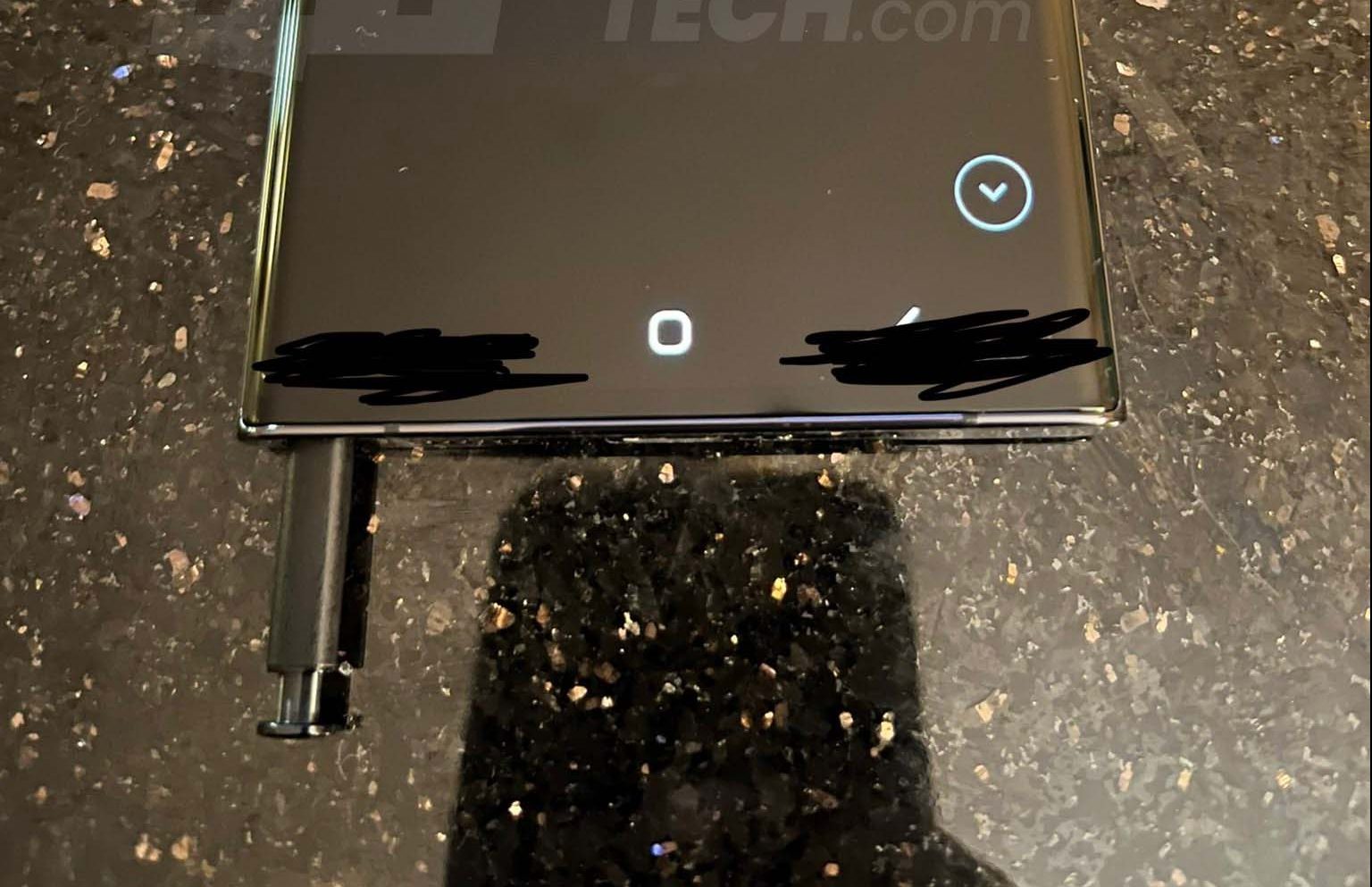 One of the biggest things to note is the S-Pen slot. Yes, the Galaxy S21 Ultra did have the S-Pen support, but that phone did not get the S-Pen slot, which made us believe that the Note series might be alive and not completely dead. But now that these images show an S-series phone having something that was previously exclusive to the Note series, this now pretty much confirms that the Galaxy Note series is dead. There is absolutely no reason to launch a Note flagship next year when the S22 Ultra is also available in the market.

And yes, we forgot to mention in the beginning that the Galaxy S22 Ultra also gets the same boxy design as we are used to seeing in the Note series. In terms of the camera specs, there are four sensors on the back where the primary one is a 108MP sensor. There is a 12MP secondary sensor for ultrawide shots, a 10MP telephoto with 3X Optical Zoom & a 10X Periscope camera with 10X Optical Zoom. So, the camera is pretty much the same as the S21 Ultra, unless, of course, Samsung has gone for upgraded sensors this time.

As far as the launch is concerned, the Galaxy S22 series is expected to launch in the second week of February 2022.