Samsung has finally launched the Galaxy S10 Family, and for the first time, we have not one or two but four phones in the Galaxy ‘S’ lineup. These include the Samsung Galaxy S10, S10+, S10e, and finally the Galaxy S10 5G. We already knew a lot about all these phones way before the official launch, and so, there isn’t much that we don’t already know. Still, in this article, we will talk about each phone in the S10 Family in detail.

Let’s start with the design. All the four phones have the Infinity-O display which means that the front camera(s) is placed in a small cutout in the display. Also, all the phones come with a glass sandwich design that is not new for Samsung’s premium phones. The Galaxy S10e is the smallest among the four and is Samsung’s reply to Apple’s iPhone XR.

Unlike the other three, the Galaxy S10e has a fingerprint scanner on the right side, and the phone doesn’t have a dual curved screen as well. There are two rear cameras, the least compared to all the other three phones. On the front, it has a single camera.

The Galaxy S10 is second after the S10e when we talk about the size in ascending order. One of the things that instantly make it look different than the S10e is the camera setup. There are three rear cameras, the same as on the Galaxy S10+. The phone also has a dual curved screen and an ultrasonic fingerprint scanner under the display. On the front, however, it too has a single camera.

The Samsung Galaxy S10+ is similar to the Galaxy S10 when it comes to the design except for one thing. There are two front cameras instead of one. So, the S10+ has a larger cutout for the two cameras on the front. Another difference is the size, and that’s obvious since the ‘Plus’ version always gets a bigger screen and hence has a bigger size.

All the three phones have USB Type-C port and 3.5mm headphone jack so this year also, Samsung is not skipping any necessary ports like a lot of other smartphone makers. All the phones are IP68 rated and have stereo speakers as well. 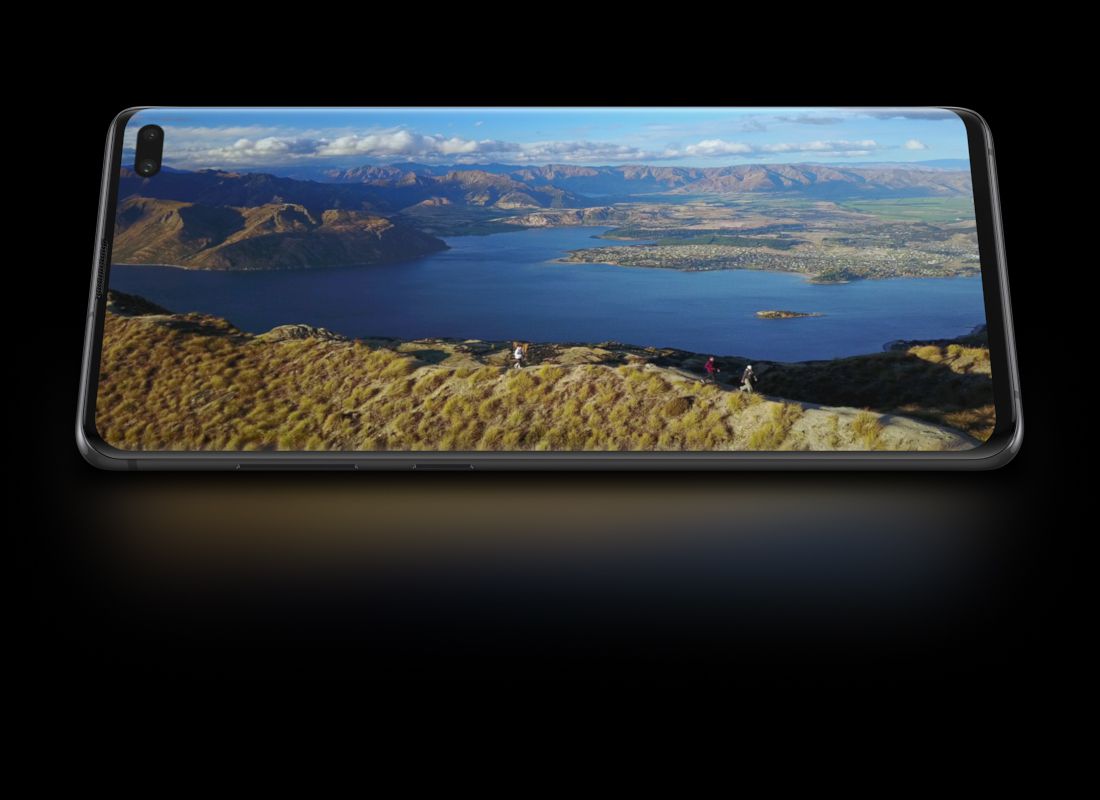 When it comes to the displays, Samsung’s premium flagships have arguably the best displays. Same is the story with the latest Galaxy S10 Family. All the three phones have Dynamic AMOLED displays that have Dynamic Tone Mapping & are HDR10+ certified. This means that the phones are the first to have an HDR10+ compatible display.

The display also gets the Corning Gorilla Glass 6 protection which is a must-have on phones. 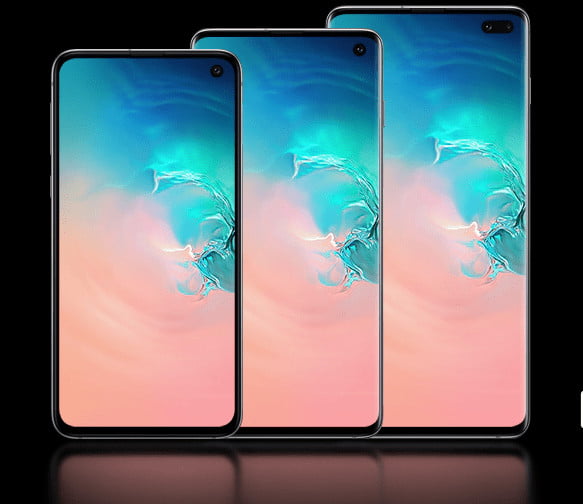 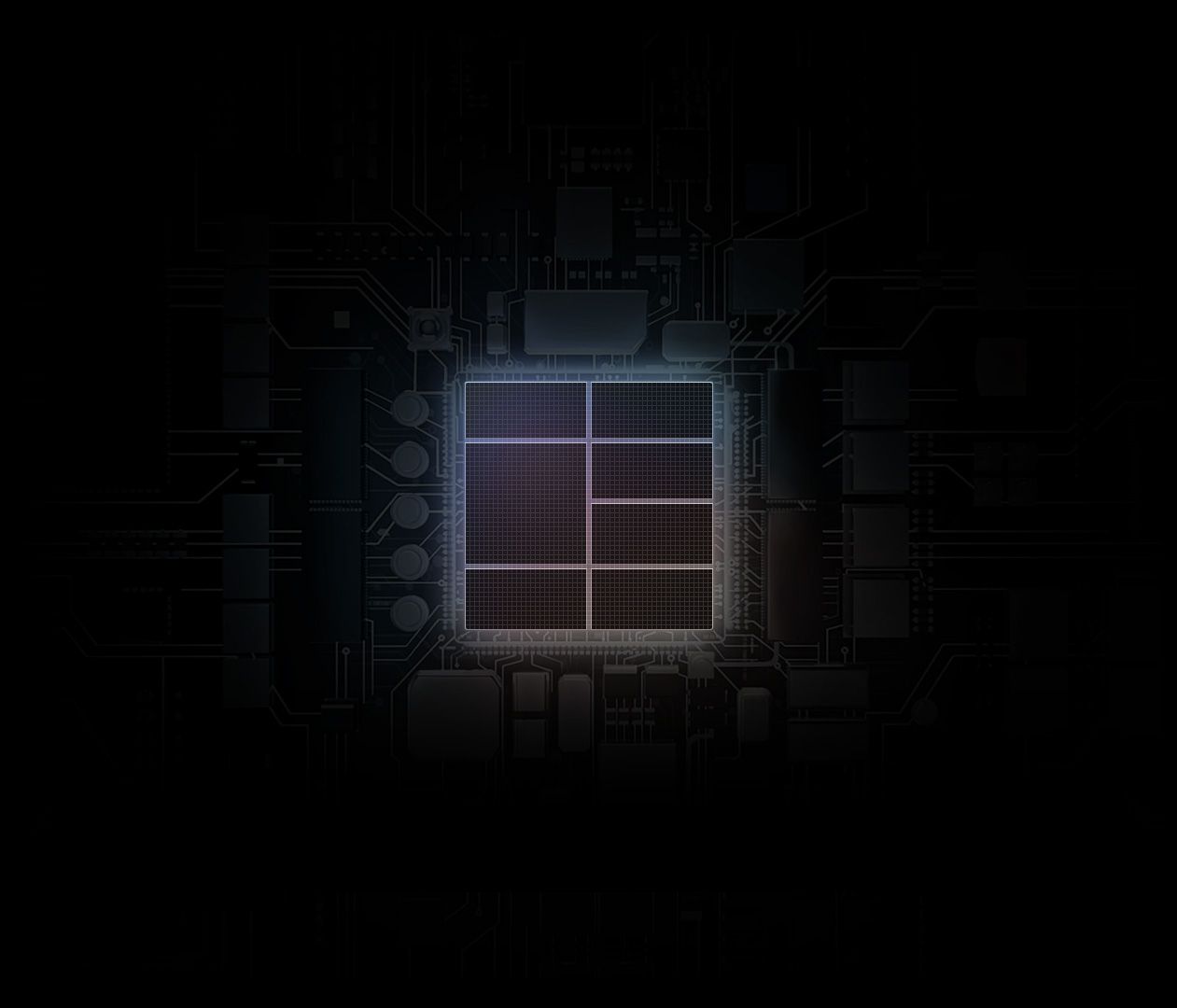 Speaking of the performance, Samsung hasn’t done any compromise in this case. All the phones from the Galaxy S10e to the Galaxy S10+ have the 8nm Exynos 9820 / Qualcomm Snapdragon 855 (Depending on the market) processor, so you don’t get a less powerful processor with the smaller phone.

As we have seen in the benchmarks, the Snapdragon 855 outperforms the 9820, but that doesn’t mean the Exynos 9820 is a bad processor. It beats the Kirin 980 which is also a 7nm processor like the 855.

The camera is one of the biggest upgrades from last year. In 2018, we had the Galaxy S9 with a single rear camera and S9+ with dual rear cameras. But this year, all the phones have two or more cameras on the rear. The number goes up to four for the 5G version.

Starting with the Galaxy S10e, it has dual rear cameras that include a primary 12MP camera with a dual aperture (f/1.5 or f/2.4) + OIS and a secondary 16MP ultra wide angle camera. There is a single front camera that is a 10MP unit which can shoot 4K videos as well.

All the phones support Adaptive Fast Charge (15W) and Fast Wireless Charging 2.0. One of the interesting features of the Huawei Mate 20 Pro was Reverse Wireless Charging. With the Galaxy S10 Family, we get the Wireless Powershare feature that lets you charge any other device or accessory supporting wireless charging by simply placing it on the back of your Galaxy S10e, S10 or the S10+.

AND FINALLY, THE PRICING 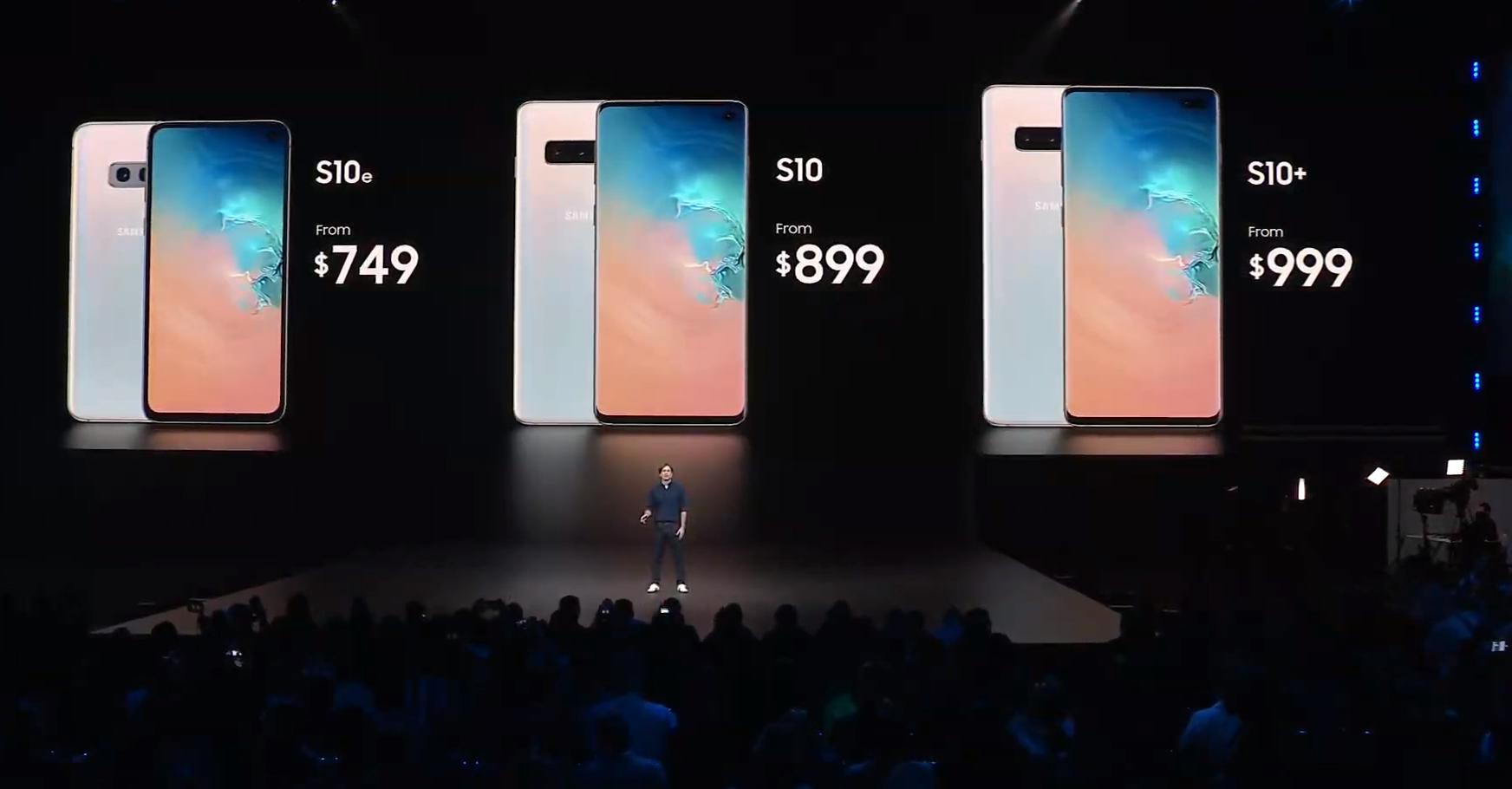 Finally, the Samsung Galaxy S10+ comes in three storage options and here is the pricing – 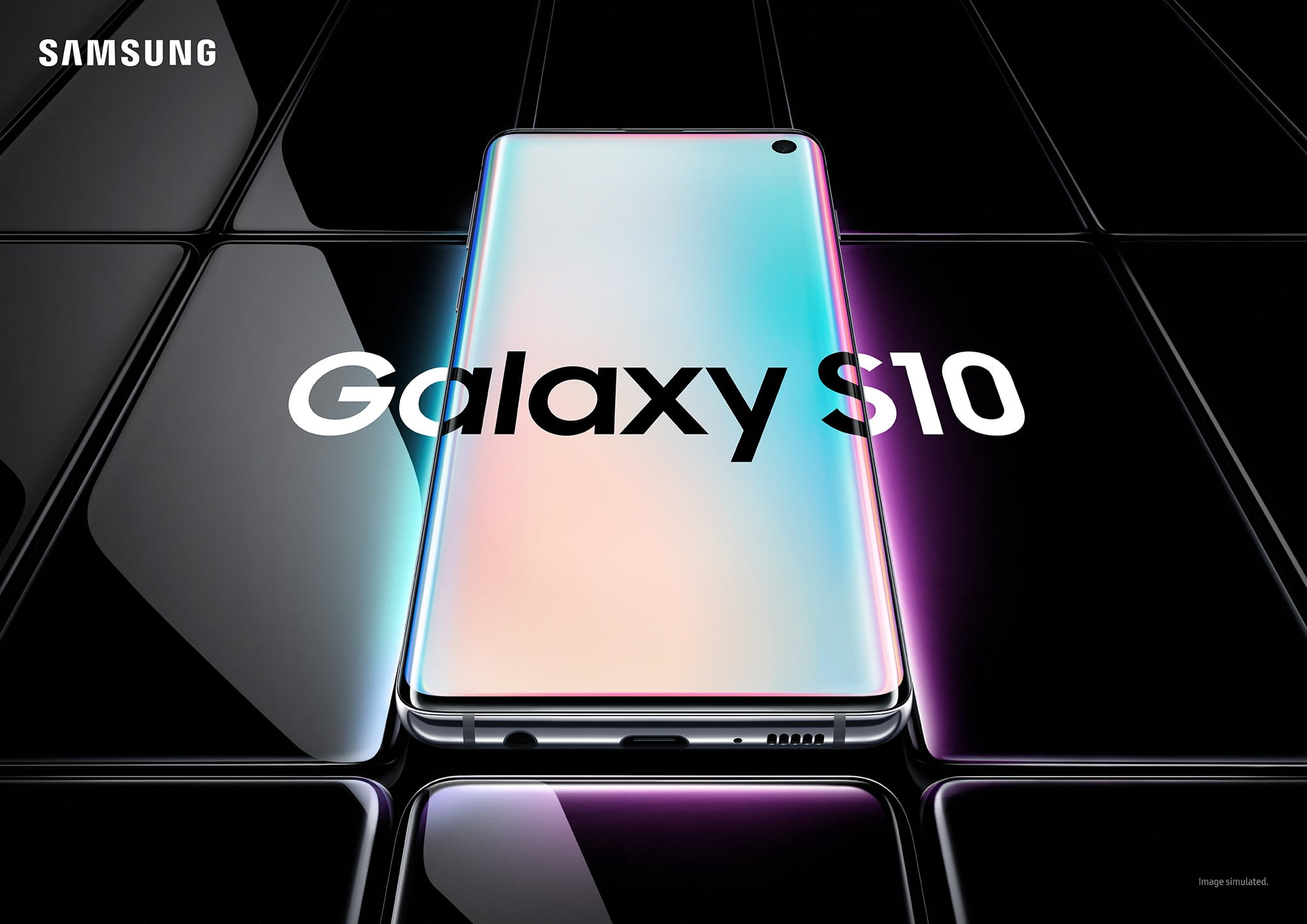 Pre-orders start from February 21 and shipping from March 8. You also get Free Galaxy Buds if you pre-order Galaxy S10 and S10+.