A few days back, Samsung accidentally posted a couple of images of Galaxy Note 20 Ultra on its official website which revealed the “Mystic Bronze” color variant and also the rear design. Well today, the hands-on images of the phone were shared by a user named “Jimmy Is Promo” on Twitter. These hands-on images of Samsung Galaxy Note 20 Ultra reveal the design from the front as well as the rear. 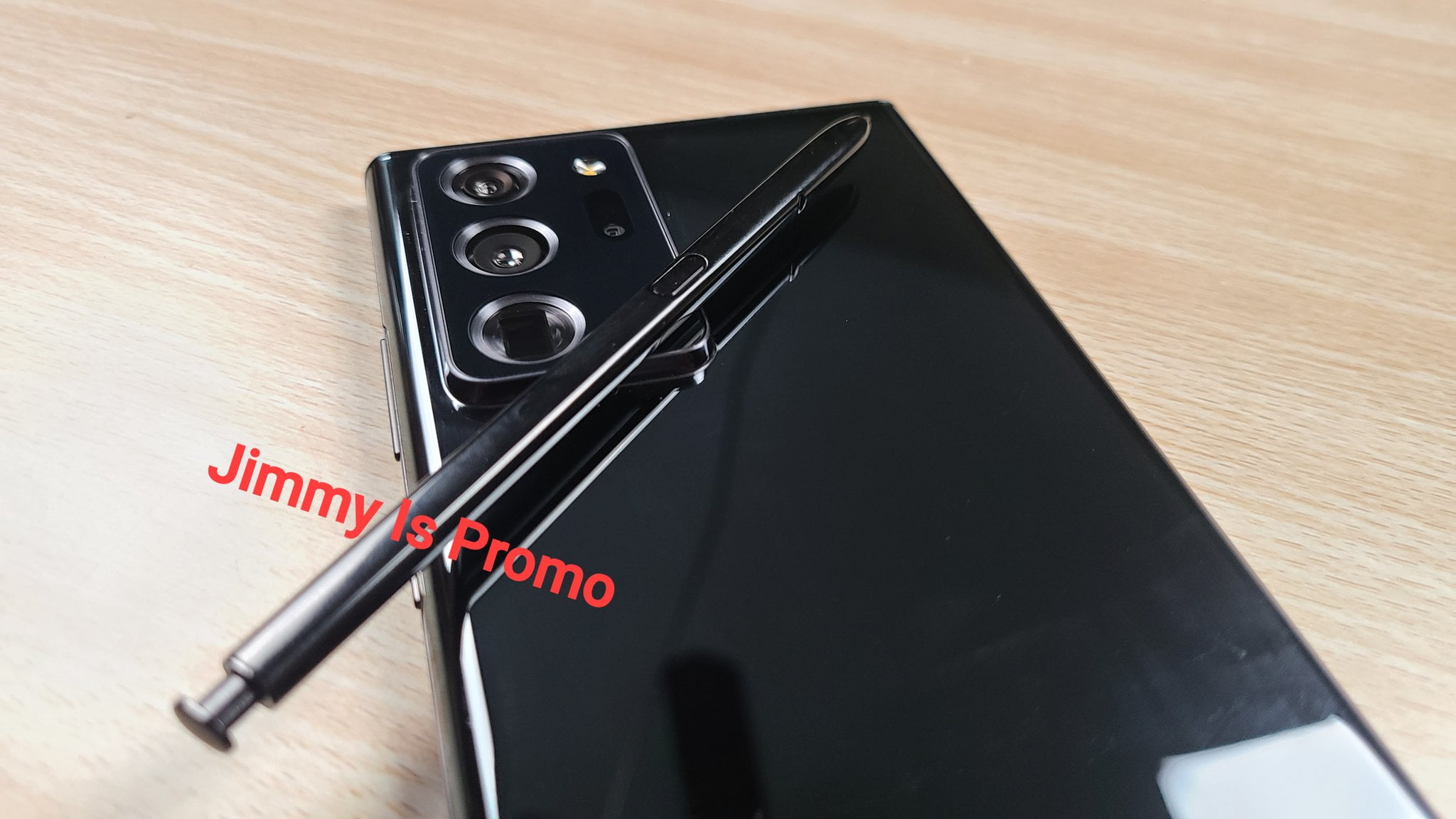 The hands-on images show the Black color variant of the phone that has a glossy back panel & a huge camera bump that has a triple camera setup in it. There is also a Time of Flight sensor. Now, one of three cameras has a periscope style zoom lens which suggests there is the same 10X Optical Zoom camera as on the Galaxy S20 Ultra.

On the front is a punch-hole design, so the single selfie camera is placed in a small punch-hole cutout in the middle on top. The volume rockers and the power button are on the right side and not on the left as on the Note 10 series because the S-Pen slot is on the left side of the Type-C port.

Well, as we already know, the phone has Snapdragon 865+ chipset, a 108MP camera, a 120Hz Quad-HD+ LTPO display & a new S-Pen. The launch is reportedly happening on August 5th, and other devices like the Galaxy Fold 2 and Galaxy Z Flip 5G will also be launched at the event.