At the UNPACKED 2019 event, the company finally unveiled the much-awaited Samsung Galaxy Note 10 & Galaxy Note 10+ devices. Yes, Samsung launched more than one Galaxy Note device this year. These are the best & most feature-packed phones that Samsung makes right now & they do come with some impressive specifications & features. 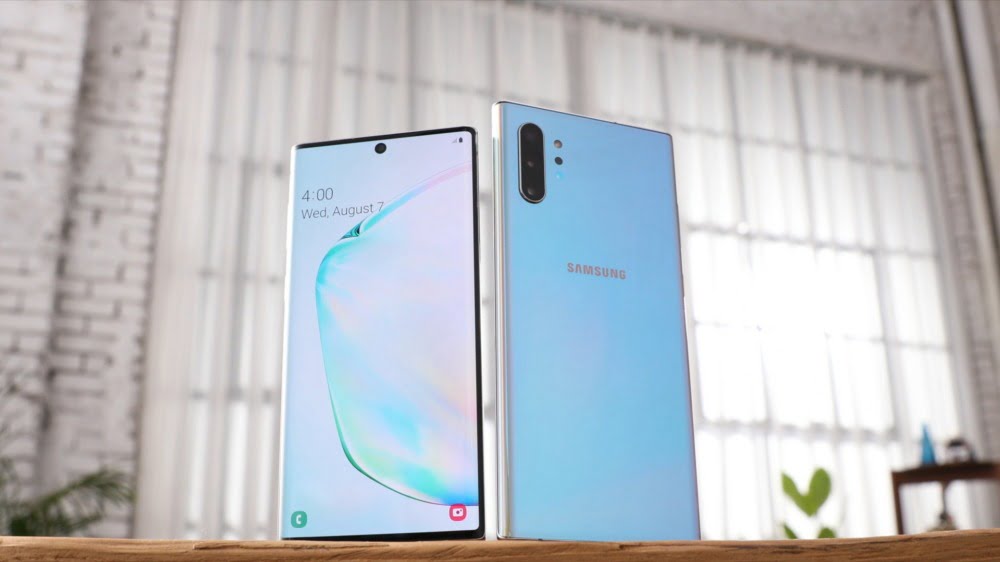 So, as the company did with the Galaxy S10 lineup, we are getting an Infinity O display on both the Samsung Galaxy Note 10 as well as the Note 10+.  This means there is a small circular cutout for the front camera. Unlike the Galaxy S10+ that has a big pill-shaped cutout due to dual front cameras, the Galaxy Note 10 and Note 10+ have a small circular cutout since there is only one camera on the front. Moreover, this cutout is now in the middle instead of the left or right side. 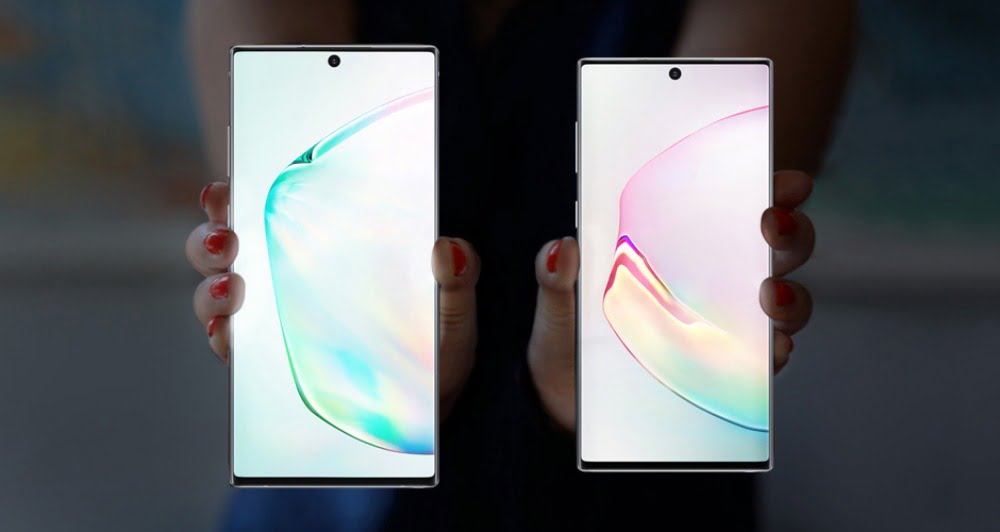 The displays are not the same as the smaller Samsung Galaxy Note 10 has a 6.3-inch Cinematic Infinity Display (That’s what Samsung calls it) & it is a Dynamic AMOLED panel with Full-HD+ (401PPI) resolution. So, Samsung is stepping down here in terms of the resolution as previously, we used to see Quad-HD+ resolution on the Galaxy Note devices. The display is HDR10+ certified as well.

The bigger Galaxy Note 10+ has a, well, bigger 6.8-inch Dynamic AMOLED screen & it has a Quad-HD+ (498PPI) resolution. FYI, this is the biggest display ever on any Note device. It is so amazing to see phones with around 7-inch screens these days as only tablets used to get displays of this size a few years back. 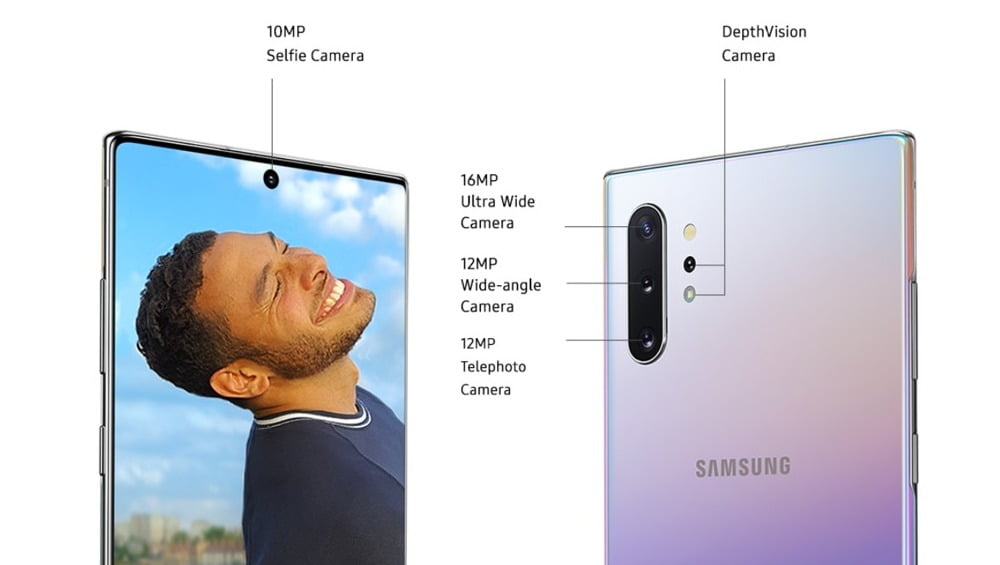 So, there is a primary 12MP camera with dual Aperture (f/1.5-f/2.4) & Optical Image Stabilization, a secondary 16MP ultra-wide-angle camera with 123° FOV & a third 12MP telephoto camera with 2X Optical Zoom, F/2.1 aperture, & OIS. As mentioned above, the Note 10+ gets an extra DepthVision camera for things like 3D Scanning to take a scan of an object & turn in into a 3D rendering.

Some new camera features include Live Focus Video which means you have Live Focus Mode in Video as well & there is a new “Zoom-In Mic” feature which amplifies the audio in the frame and pushes background noise aside to help focus on the sounds that you want.

The S-Pen is also improved with the new Air Actions, which means you can do various tasks on the phone by simply holding the S-Pen in the hand & creating gestures with it. Samsung has made the Air Actions SDK open for the developers so we may see various games supporting this feature.

The processor powering both the phones is the all-new 7nm Exynos 9825 & FYI, there is almost no difference between the 9820 & 9825, except for the manufacturing process. While the Exynos 9820 is an 8nm chip, the 9825 is a 7nm chip like Snapdragon 855. As always, some markets will get Snapdragon 855-versions. It is interesting that Samsung didn’t go for the Snapdragon 855 Plus. 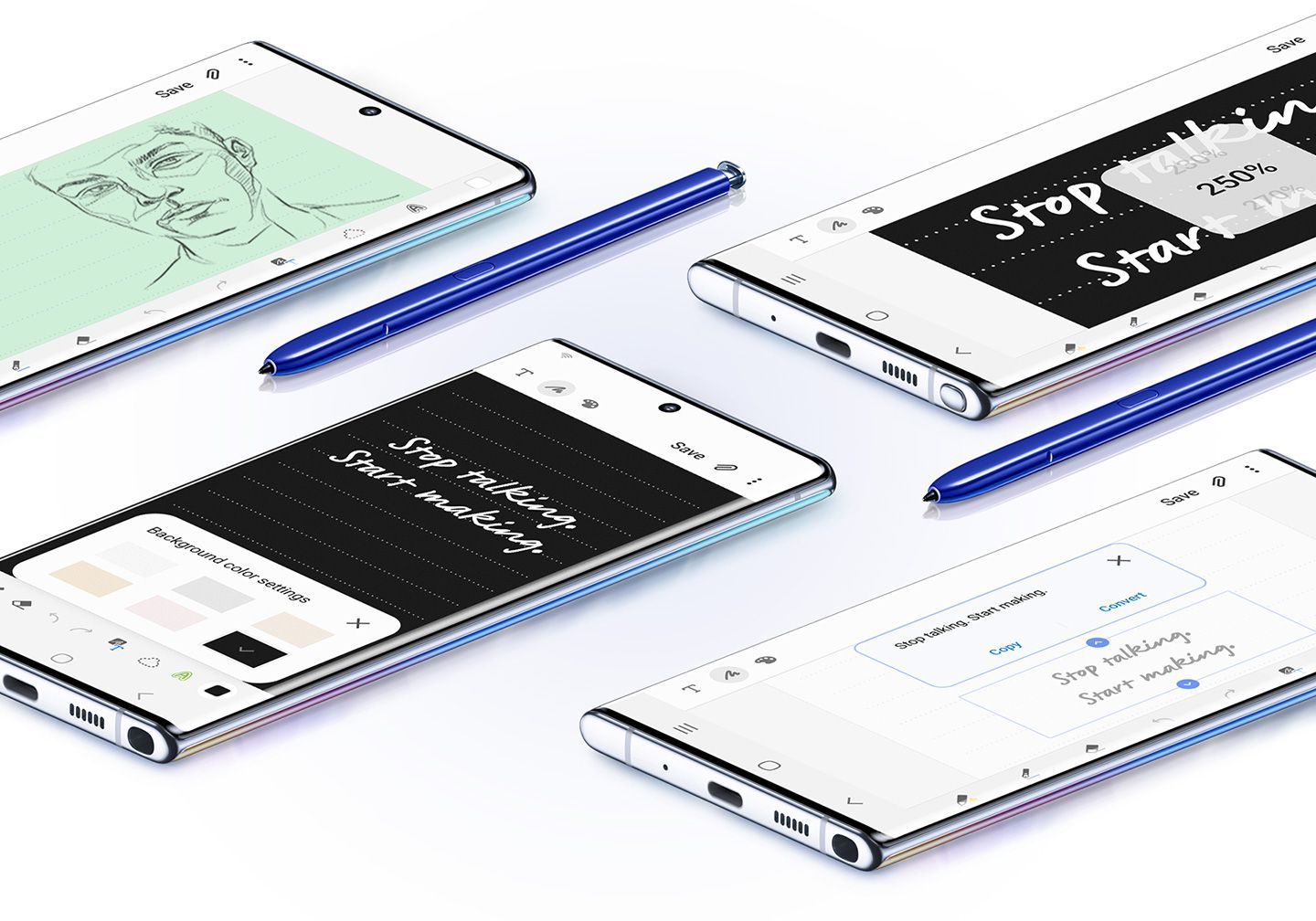 Both the Note 10 and Note 10+ lack a headphone jack so yes, after so many years, it’s finally time to say goodbye to the headphone jack on Samsung’s premium phones.